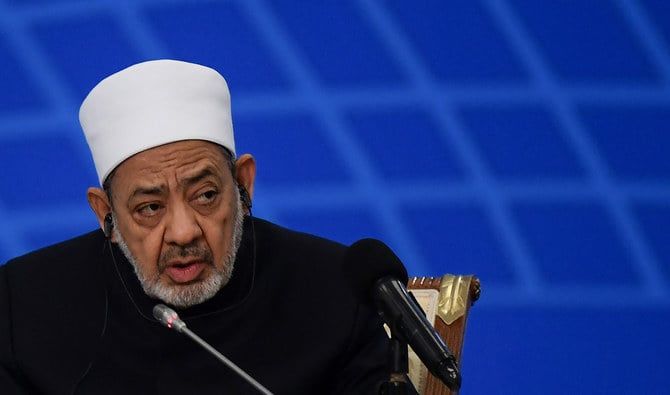 Al-Azhar Al-Sharif, Sunni Islam’s oldest and foremost seat of learning, confirmed that controversy and disagreement over congratulating the Christian brothers on the occasion of Christmas has been renewed with the approaching end of each year.
The Al-Azhar Observatory for Combating Extremism said that this debate was settled by Al-Azhar Al-Sharif a long time ago.

Al-Azhar Observatory for Combating Extremism added in a statement that this matter was recently evident in the congratulations of Grand Imam Sheikh Ahmed Al-Tayyeb, the most senior cleric at Al-Azhar, addressed to Pope Francis, Pope Tawadros II, and the Archbishop of Canterbury Justin Welby, Patriarch of Constantinople Bartholomew I, church leaders, and Christian brothers in the East and West.

“This congratulations carried an explicit call to raise the voice of brotherhood and peace in order for security and stability to prevail everywhere,” Al-Azhar Observatory said.

The observatory said that it noticed the reaction caused by the grand imam’s greetings, which were published on his Facebook page.

Compared with 30,000 positive reactions to the congratulations, more than 16,000 “angry and sarcastic” responses came from those who rejected the idea of congratulating Christians on Christmas, based on “ignorance of religious teachings and misconceptions that some promoted about its contradiction with the Islamic faith,” it said.

“In a clear raising of the tone of violence and hatred against the other who dissents in religion, this is an interaction that indicates a wrong understanding of the texts of religion and leads to a threat to public peace and contempt for religion, which entails a legal penalty and a religious violation.”

The Al-Azhar Observatory said that these objectors cited false statements about scholars, strict interpretations of Shariah texts, or old fatwas that had their historical context and occasions. This transgression also appeared in the right of anyone who issues fatwas or adopts the saying that congratulating Christian brothers on their holidays is permissible.

“This is what we clearly noticed in the comments accompanying the grand imam’s congratulations to the Christian brothers in the East and West,” the observatory said.

According to the observatory, this statistic shows the negative side of false and extremist ideas that exploit ignorance of Shariah issues to accuse people of infidelity and mislead people with flimsy charges that only exist in the minds of their promoters and resonate with the weak-minded.

“This leads us to repeat the call for the need to fully adhere to the legal fatwas and jurisprudential opinions issued by official institutions in this regard while having good faith in the nation’s scholars and symbols,” it said.

The observatory said that congratulation is one of the aspects of “righteousness” that Islam urges us to do toward people in general.

It extended its sincere congratulations to the Christian brothers on the occasion of Christmas, “and hopes that the coming year will be a year of goodness and peace, in which all conflicts will end and the spirit of peace and human brotherhood will prevail in the whole world.”

The Al-Azhar Observatory for Combating Extremism seeks to consolidate the teachings of the true Islamic religion and magnify its message based on moderation, moderation, tolerance, and human brotherhood by providing moderate and meaningful content in various languages, emphasizing the universality of Al-Azhar Al-Sharif, and strengthening Egypt’s global position in the field of combating extremism and building community peace.
#Pope Francis  #Facebook
Add Comment