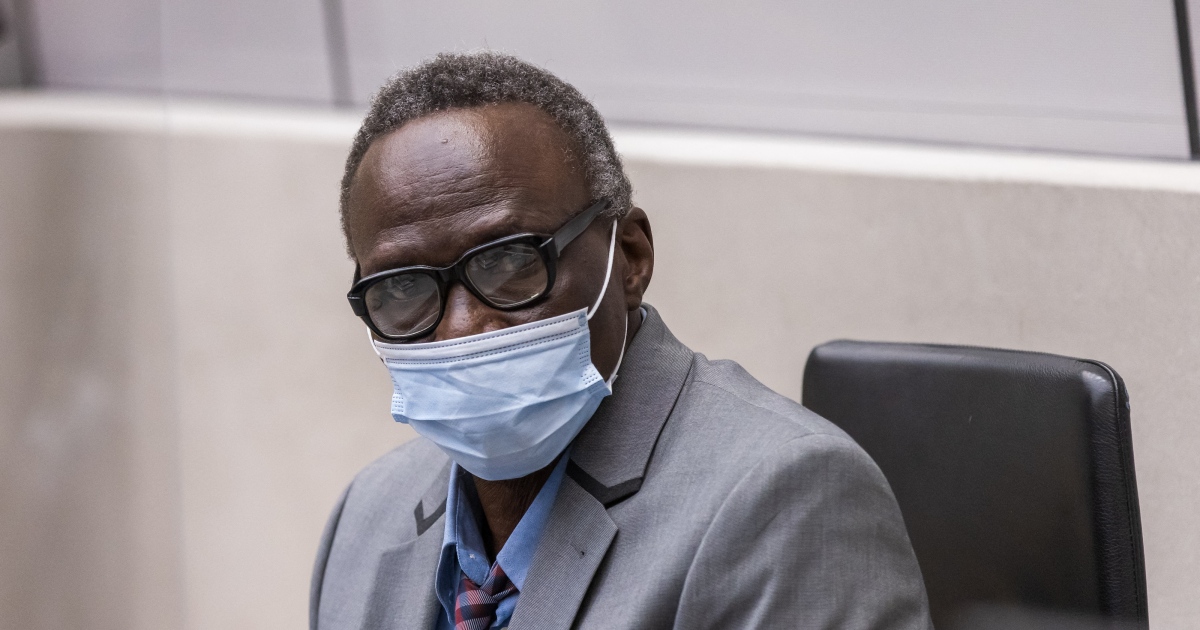 Ali Muhammad Ali Abd-Al-Rahman’s case is the first before the Hague-based court for crimes in Darfur, in which 300,000 people were killed and 2.5 million fled their homes.

A man accused of leading Sudan’s feared government-linked militia known as “Janjaweed” pleaded not guilty to dozens of war crimes charges at the start of the International Criminal Court’s first trial over the Darfur conflict.

Ali Muhammad Ali Abd-Al-Rahman is charged with overseeing thousands of pro-government militiamen during the peak of fighting from 2003 to 2004 and responsibility for atrocities including murder, rape, pillaging and torture.

“I am innocent of all of these charges,” the accused told judges on Tuesday after the charges were read out at the start of his case.

His trial is the first before the Hague-based ICC for crimes in Darfur, in which 300,000 people were killed and two and a half million fled their homes, according to UN figures.

Wearing a dark blue suit, light blue shirt and a maroon tie, Abd-Al-Rahman, 72, sat motionless as the 31 counts of war crimes, crimes against humanity allegedly committed in 2003-04 were read.

Abd-Al-Rahman voluntarily surrendered to The Hague-based court in June 2020.

He has regularly denied the charges and his lawyers have argued in earlier stages of the proceedings he was not the militia leader also known as Ali Kushayb.

ICC prosecutor Karim Khan said the trial was a momentous day for those in Sudan who have been waiting for justice for nearly two decades.

Khan told judges they would hear many chilling accounts of “beastly” violence by Abd-Al-Rahman himself during the trial that is expected to last many months.

“There’s so many examples of abuse, not just using his ax, not just killing people or ordering the execution of children or men, allowing rapes, and participating in all of the allegations that are charged and are before you,” he said.

The trial comes amid what humanitarian groups say is a surge of inter-communal violence in Darfur since the end of the United Nations and African Union peacekeeping mission there. At least 45 people were killed last week in the latest bout of fighting between Arab and non-Arab tribes in South Darfur.

Decades after the worst of the fighting, 1.6 million people are still internally displaced in Darfur, the United Nations has estimated.

Sudan’s then-government mobilised mostly Arab militias – which called themselves “Popular Defence Forces”, but were known to the rebels as the “Janjaweed” – to crush the revolt, unleashing a wave of violence.

Abd-Al-Rahman has been accused of 31 counts of war crimes and crimes against humanity and could face up to life imprisonment if convicted.

Prosecutors have said he was a key militia leader that the government of Sudan relied upon and who participated knowingly and willingly in crimes.

They dismissed earlier statements by Abd-Al-Rahman that he is not Ali Kushayb.

Still languishing in refugee camps today, victims of the Darfur conflict said they were relieved that justice was finally being done.

But Adam Musa, speaking from the sprawling Kalma refugee camp in Darfur, said he was “surprised to hear that Kushayb denied the charges of killing our people”.

“I have seen him take away men from our village and none of them came back,” Musa said.

Former President Omar al-Bashir and three others are still being sought by the ICC for crimes in Darfur. Following his removal in 2019, al-Bashir remains in Sudan despite calls for him and two other associates to be handed over to the ICC for prosecution.

Asked about efforts to get al-Bashir to The Hague to stand trial, Khan said negotiations with Khartoum’s military government continued, but “cooperation is challenging”.