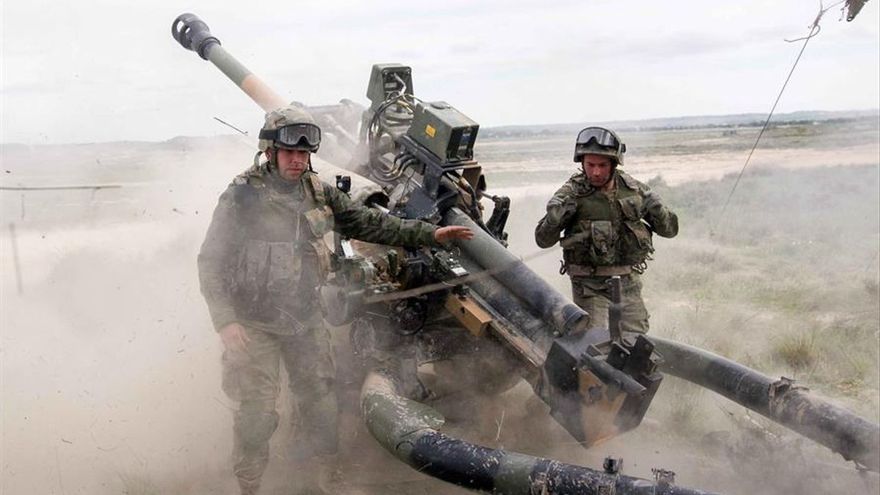 The economic recovery also comes to the sale of weapons. According to the report on Spanish exports of defense material, prepared by the Secretary of State for Commerce and to which EL PERIÓDICO DE ESPAÑA, a newspaper belonging to the same publishing group as this medium, has had access, in the first half of 2021 weapons were exported by value of 1,633.9 million euros, an increase of 37.3% compared to what was registered in the first half of 2020 (1,189.7 million euros). In this increase, one chapter stands out due to its geopolitical importance: the sale of weapons to Saudi Arabia.
According to the official document, in the first six months of this year, Riyadh received Spanish weapons worth 55.1 million euros, an amount of which the bulk -31.8 million- it’s artillery ammunition and its components (31,508 155mm shots, 60,000 projection charges, 40,800 fuzes and 80,000 bolts). The sale of arms to Saudi Arabia in the first half of 2021 thus exceeds the set of sales made in all of 2020, which was 48.3 million.

Spanish arms exports to Saudi Arabia have often been surrounded by controversy over the possibility of their use in conflicts such as in Yemen. In fact, the European Parliament asked at the beginning of the year the suspension of the export of European military material to Riyadh, a decision that countries such as Germany, Denmark, Finland and the Netherlands have adopted. However, in her last appearance in Congress to account for arms exports, last summer, the Secretary of State for Commerce, Xiana Méndez, assured that there are no “signs of use” of material exported by Spain “outside the territory of Saudi Arabia”, and to guarantee this, Spain has implemented a system of on-site inspections accepted by Riyadh that would allow, otherwise, exports could be “suspended or revoked”.

In addition to artillery ammunition, ship and aircraft components have been dispatched to Riyadh in 2021 and authorized exports worth 4.5 million euros corresponding to the categories of fire control systems, aircraft and imaging and countermeasure equipment. Neither the exported material nor the material authorized for future export contains bombs or missiles.

The upturn in arms sales to Saudi Arabia in the first half of this year also exceeds the total of 2019 exports (35.4 million euros), although it is below those of 2018 and the five immediately preceding years, because in those exercises the figures soared when including the export of airplanes and ships. In fact, thanks to these vehicles, Riyadh has been the main destination for Spanish arms exports to non-NATO and non-EU countries in 2017 (270 million, including one transport aircraft), 2015 (546 million, with two air-refueling aircraft and one transport aircraft) and 2014 (293 million, including one air-refueling aircraft).
Sales recovery

The report for the first half of 2021 shows, beyond the figures from Saudi Arabia, a recovery in arms sales after the impact of the pandemic in 2020 caused a 10.4% decline in exports compared to the previous year. As always, the bulk of the operations were closed with partners from the European Union and NATO (69.6% of the total). The three countries that received the most Spanish weapons in the first six months of this year were France (310.2 million euros), the United Kingdom (285.6 million) and Australia (269.9 million, explained by the purchase of a supply ship).