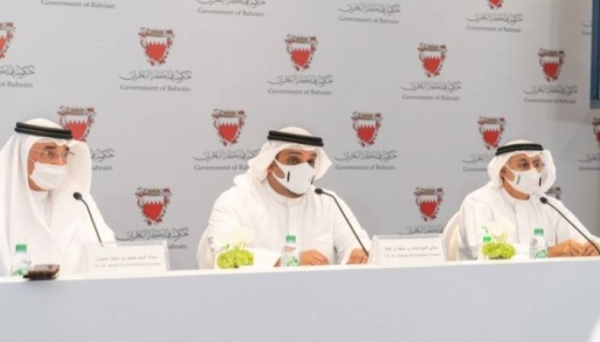 Bahrain has announced on Sunday that it will increases value-added tax (VAT) to 10 percent from 5 percent starting from 2022.
It gave details of a new economic growth and fiscal balance plan that pushes a zero-deficit target back by two years to 2024 from 2022.

Bahrain delayed plans to fix its heavily-indebted finances because of the pandemic, but had said in September that data from February 2020 showed it exceeded targets set in the initial medium-term fiscal plan.

Kuwait, Saudi Arabia and the United Arab Emirates, which in 2018 extended a $10 billion aid package to Bahrain, last month reiterated support for Manama’s budget plans, a move expected to encourage investors to help finance Bahrain’s debt on capital markets, despite the two-year delay.

Bahrain’s public debt climbed to 133 percent of gross domestic product last year from 102 percent in 2019, the International Monetary Fund said.
“The Kingdom is emerging from the pandemic with reasons to be highly optimistic and the plan announced today aims to turbocharge the recovery,” Bahraini finance and economy minister Sheikh Salman bin Khalifa Al Khalifa said in the statement.

The government also announced a strategic projects plan that would catalyze over $30 billion of investments and a regulatory reform package aimed at supporting $2.5 billion of foreign direct investment by 2023.

A new sector strategies plan for oil and gas, tourism, logistics, financial services, manufacturing, telecommunications, IT and digital economy aims to support annual growth of 5 percent in the non-oil sector by 2022, it added.
Add Comment