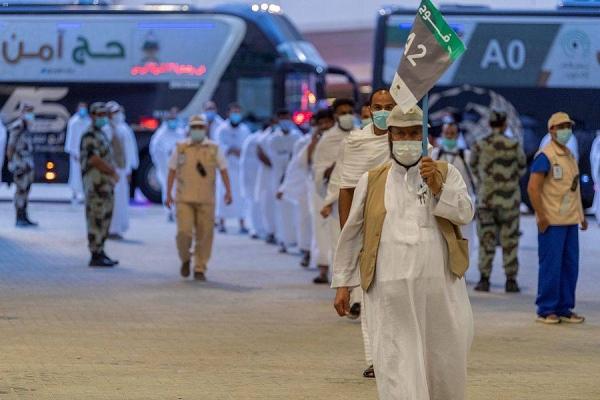 The spokesperson of the Ministry of Hajj and Umrah Hisham Saed confirmed that Hajj 2022 would witness major projects characterized by modern technologies.
Speaking to Al-Ekhbariya channel, the spokesperson confirmed that the ministry is working on positive gains to develop this year's pilgrimage.

The full technical connection will be used during the Hajj, in integration with other parties in the holy sites, the security system and the crowd management system, he added.

The spokesperson said that the main goal for all is to facilitate the performance of Hajj rituals for pilgrims and maintain their health in addition to raising the level of services' quality.

He also stressed that Saudi Arabia has been distinguished by serving the pilgrims for decades.

It is noteworthy that Saudi Arabia decided to raise the number of Hajj pilgrims for this year to one million from inside and outside the Kingdom.

The number of pilgrims coming from specific countries for this year's Hajj will be in accordance with the quotas allocated to each country and in consideration of compliance with all health recommendations.

The ministry has clarified that this year's Hajj will be conducted according to the following regulations:

1. This year's Hajj is open to those who are under 65 years old and have received approved COVID-19 vaccinations by the Saudi Ministry of Health.

2. Pilgrims coming from outside the Kingdom are required to submit a negative COVID-19 PCR test result performed within 72 hours of the time of departure to the Kingdom.
#COVID-19  #Covid
Add Comment