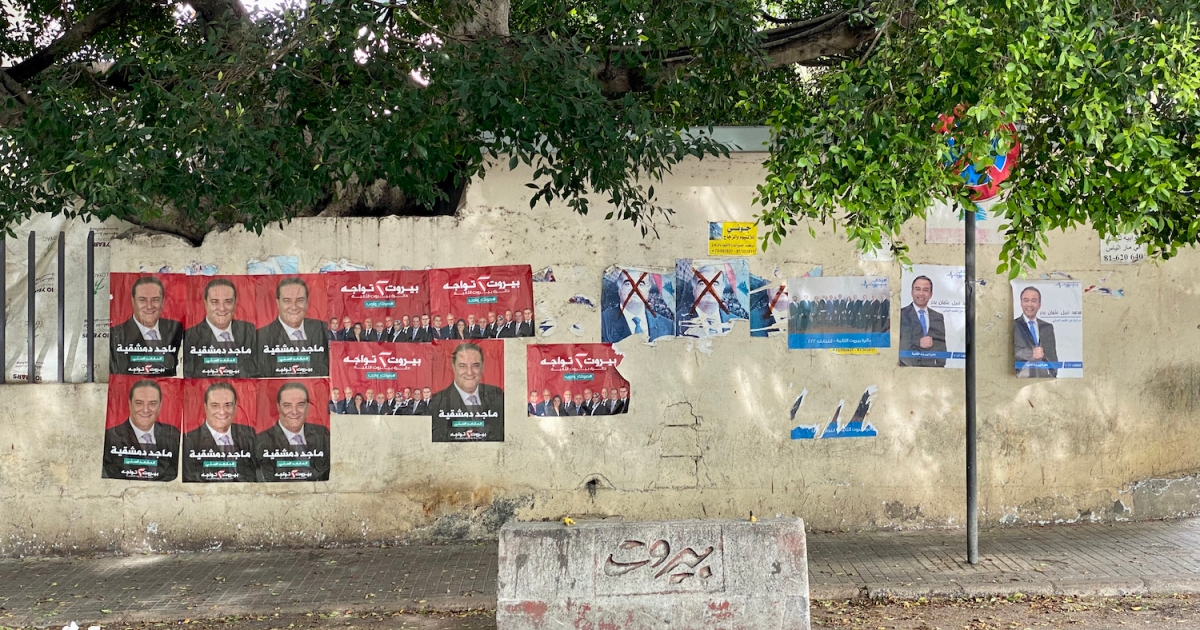 Experts say Saad Hariri’s decision not to take part in the upcoming Lebanese election created a ‘political void’ for the Sunni community.

In the lead up to previous Lebanese elections in recent memory, Sunni-majority districts around the country were filled with banners and billboards expressing support for the Future Movement leader Saad Hariri, a former prime minister and popular Sunni politician.

But less than two weeks before Lebanese head to the polls to elect new members of parliament, the walls of many Sunni neighbourhoods are plastered with posters calling for a boycott of the vote.

The reason? Hariri announced in January he would step down from politics and that his party would not take part in the May 15 election, which comes amid a crippling economic crisis.

The decision has left some of his supporters unsure of how to vote.

“I’m not boycotting the election, but none of the other candidates truly convince me,” said Abou Ahmed, a 61-year-old who owns a grocery store in Tripoli. “Actually, with everything going on in Lebanon, I think the upcoming elections are a farce anyway.”

Hariri, whose wealthy family has dominated the Sunni Muslim political landscape in Lebanon for more than three decades, had cited “Iranian influence, our indecisiveness with the international community, internal divisions and sectarian divisions” for his decision to suspend his political career.

Following the announcement, Sunni politicians mobilised across Lebanon’s Sunni-majority districts, especially in the capital, Beirut, in an attempt to fill the political vacuum caused by Hariri’s move.

Billionaire businessman and MP Fouad Makhzoumi’s billboards clutter the city’s crowded streets. Grassroots political groups such as Beirut Tuqawwem (Beirut Resists) have held outreach events, although the group said one event was shut down by a group of men who identified as Hariri supporters. There is also Sawa Li Lubnan (Together for Lebanon), formed by Saad Hariri’s older brother, billionaire businessman Bahaa Hariri.

Lebanon’s sectarian power-sharing system allocates seats for its mosaic of religious sects in its 128-seat parliament, including Sunni and Shia Muslims, various Christian denominations, and the Druze.

“I apologise for sounding sectarian, but the opposition candidates have no platform, and candidates close to [Iran-backed] Hezbollah or the [Christian] Lebanese Forces are still there,” said Abou Ahmad, arguing there are no candidates that “really represent the communities in Tripoli”, notably the Sunni. 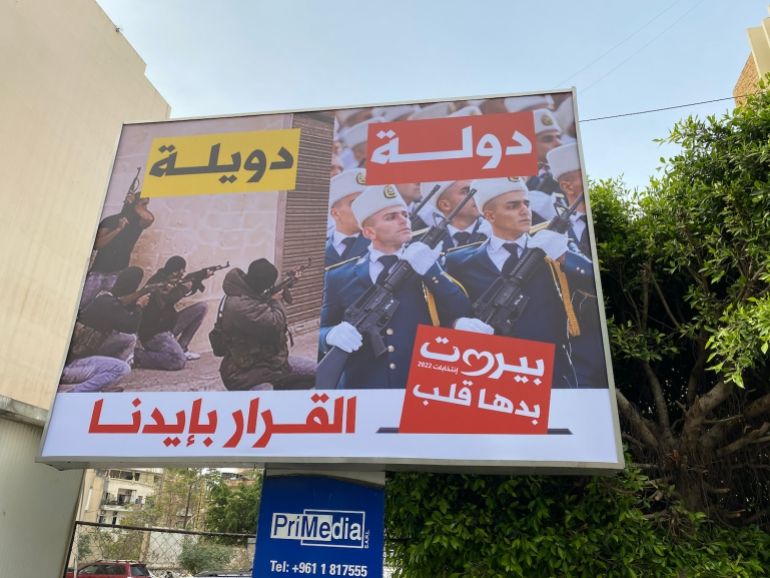 Like the rest of Lebanon’s population, Abou Ahmad is struggling to cope with the effects of the deepening economic crisis, including skyrocketing inflation. Born and raised in the northern coastal city of Tripoli, Abou Ahmad has seen his city descend from a commercial hub to the poorest city in Lebanon and among the most impoverished in the Middle East.

He said he was frustrated with the effect of Hariri stepping down on the Sunni political scene.

“I supported Saad Hariri’s decision to boycott the elections, but by stepping down he left a catastrophic gap,” Abou Ahmad said. “He also should have stayed here for his supporters who stood by him.”

The Future Movement has held most of the seats in key Sunni districts, including Beirut, Tripoli and Sidon, for decades. However, the party has also faced criticism for playing a key role in engineering the country’s economic policies over the decades that preceded the economic collapse.

Experts say Hariri’s decision created a “political void” in Lebanon for the Sunni community, given its power-sharing political system among its multitude of religious sects. Under the system, the post of Lebanon’s prime minister is given to a Sunni Muslim, while the presidency goes to a Maronite Christian and the position of speaker of the house goes to a Shia Muslim.

But not every Sunni was sad to see Hariri go. Mostapha Souss, a 26-year-old fashion design student from the southern town of Sidon, was ecstatic when he heard Hariri was stepping down from politics. “I was crying tears of joy, and I was waiting for the rest of the leaders to follow suit,” he told Al Jazeera.

In late 2019, Souss was among the thousands of anti-government protesters who took to the streets calling for an overhaul of the country’s political and economic system.

Saad Hariri, who was prime minister at the time, was among the Lebanese leaders who drew the ire of protesters, who accused him – alongside President Michel Aoun and Speaker Nabih Berri and others in the entrenched political elite – of corruption and nefarious mismanagement, just as the Lebanese pound started losing its value and the banks began withholding people’s savings.

Since then, the economy has continued to spiral, despite the formation of two new governments tasked with stabilising the Lebanese pound and implementing economic reforms to unlock billions of dollars in loans and aid.

Today, more than three-quarters of the population lives in poverty and the Lebanese pound has lost 90 percent of its value against the US dollar.

“I thought we were going to remove the rest of the ruling class too,” Sous said. “But I don’t feel like anything will change, because he [Hariri] still has his affiliates here.”

With the election approaching, there appears to be little optimism among Sunni voters and a fear that establishment parties, affiliated with Hezbollah or otherwise, will ultimately fill the gap left by Hariri.

In Beirut, 28-year-old software engineer Ibrahim Masri is packing his bags to start a new job in Germany.

“With the Future Movement out, it’s a crapshoot outside of Hezbollah gaining more ground,” a dejected Masri told Al Jazeera, adding that Beirut-based groups that oppose the Iran-backed movement are not unified.

He never considered himself a partisan of the Future Movement, but he fears that anti-establishment opposition groups will not fill that gap.

He says he wanted to vote, but is unable to do so because he did not register to vote abroad. The software engineer says if he would have voted for an anti-establishment opposition group, but not because he thinks they could win the election; he would vote to express his dissatisfaction with the status quo.

“Because f*** the system,” he says, citing electricity cuts, fuel and water shortages, and the devastating Beirut Port blast in August 2020 that flattened part of the city.