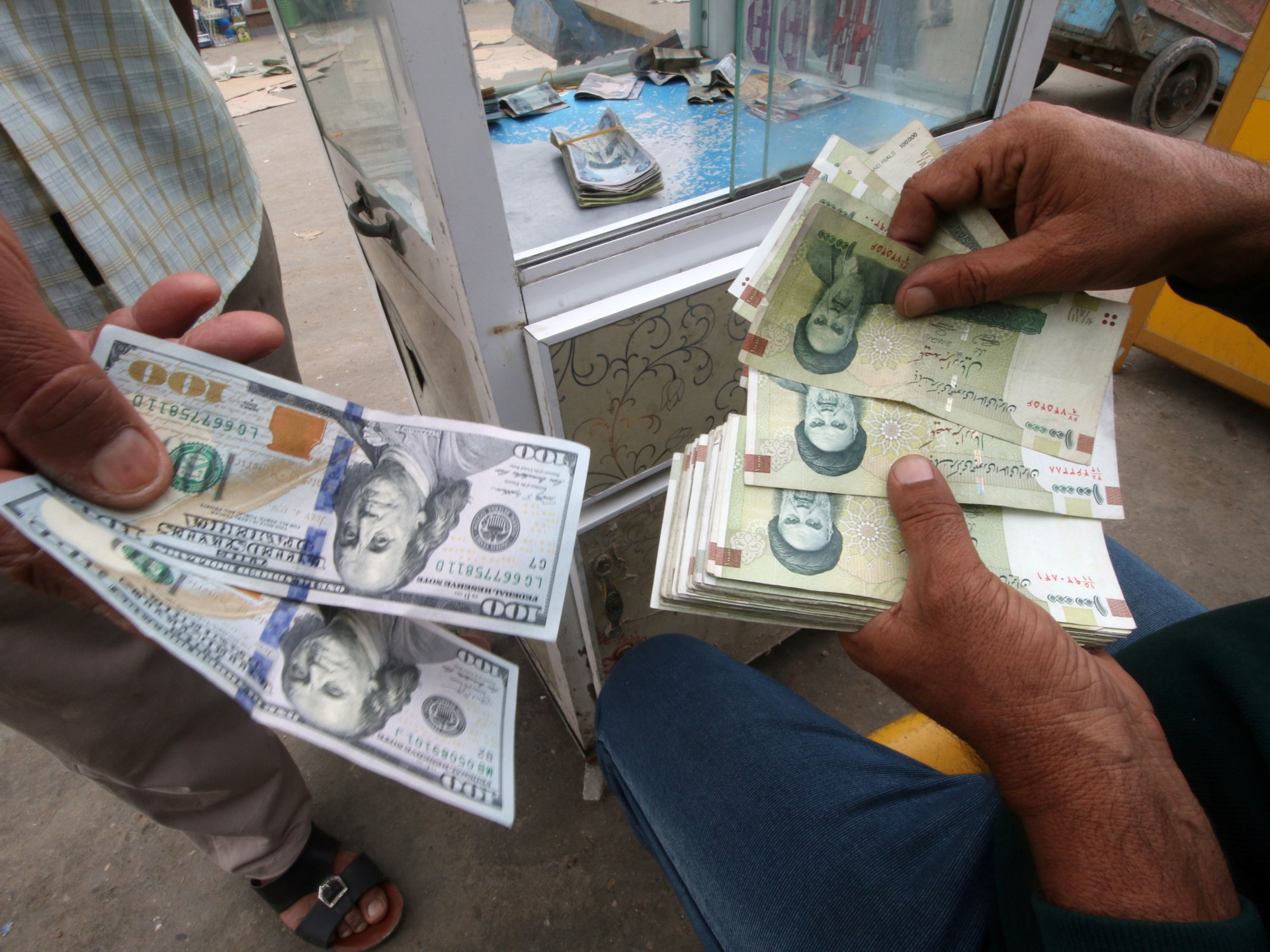 Rial continues to register new lows after another unstable year amid ongoing protests and a lack of progress on the revival of the nuclear deal.

Iran’s embattled national currency has hit a new all-time low amid ongoing protests and a lack of progress in efforts to restore the country’s 2015 nuclear deal with world powers.

The rate of the United States dollar for the first time broke past the 350,000 mark against the Iranian rial in the open market at the start of the working week on Saturday. The rial continued its decline, falling to about 362,000 per dollar later in the day.

The Iranian government still maintains a drastically lower artificial rate of 42,000 rials for the dollar as its official figure, even after a subsidy reform plan earlier this year that eliminated the use of this rate for imports of a number of essential goods.

The greenback changed hands at a rate of about 300,000 rials at the beginning of September, but the Iranian currency has been on a declining trajectory ever since nuclear talks once more stalled and protests erupted across the country in mid-September after the death of a young woman in police custody. 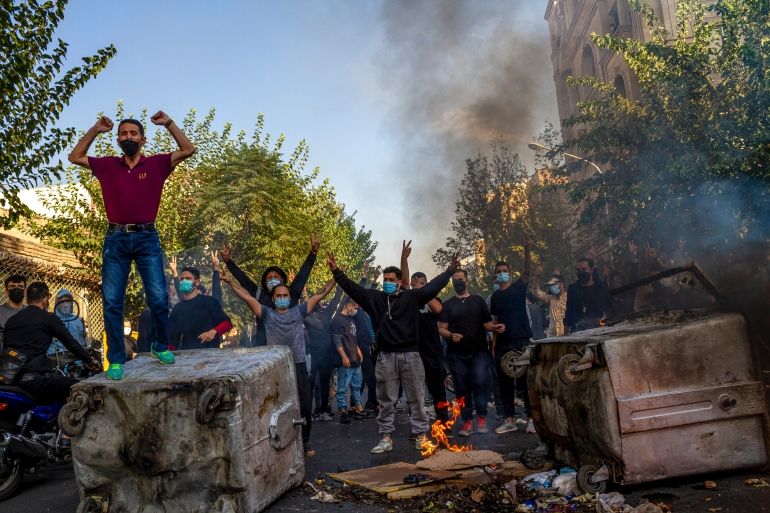 Iranians protest against the death of 22-year-old Mahsa Amini after she was detained by the morality police last month, in Tehran

When the nuclear deal was signed in 2015, the Iranian rial fetched more than 10 times the amount of dollars it does today.

The Central Bank of Iran (CBI) said on Thursday it would pump more foreign currency into an official market it operates for importers and exporters, and to answer “the real demands of the people”.

The latest drop in the value of the Iranian currency comes amid continued economic woes and as the country continues to experience a persistent annual inflation rate of more than 40 percent, some of the highest in the world.

Food items continue to experience much higher price jumps, with the latest report of the Statistical Center of Iran earlier this week registering 289 percent and 138 percent year-on-year hikes in prices of cooking oil and rice, respectively, for the month ending October 22.

Meanwhile, protests that gripped the country after the death of 22-year-old Mahsa Amini in the custody of “morality police” for allegedly wearing improper hijab continued on Saturday, with demonstrations reported in several universities across the country.

Widespread internet restrictions that have been imposed since shortly after the start of the protests are also thought to have incurred significant losses on Iranian businesses, but the exact extent remains unclear amid persisting unrest.

The rial had experienced a period of relative stability earlier this year and had even regained some ground amid news that an agreement on restoring the nuclear deal could be near. The currency had nosedived after the US pulled out of the nuclear deal in 2018 and imposed harsh sanctions.

But it started significantly losing value again as Tehran and Washington could not see eye-to-eye on an agreement, stalling efforts to revive the deal, effectively postponing the talks until after the upcoming midterm elections in the US.

The imposition of new sanctions by the US and the European Union in the wake of the weeks-long protests has renewed confrontations further, reducing the chances of a restoration of the deal as Tehran blamed the US for being behind “riots”.

US officials have said in recent weeks the Joint Comprehensive Plan of Action (JCPOA), as the deal is formally known, is not a priority at the moment while Josep Borrell, the EU’s foreign policy chief, told reporters on Friday the negotiations were at a “stalemate” and “there is nothing new”.

This contradicts claims by Iranian officials who have said the US has sent messages with the aim of quickly achieving an agreement.

Foreign Minister Hossein Amirabdollahian said on Saturday Tehran has relayed a message to Washington through the EU, and expects an answer within days.

He had also said earlier this week that Iran will soon send a team to Vienna to continue talks with the International Atomic Energy Agency (IAEA) on the open case of unexplained nuclear materials found at several sites, something Tehran has said will need to be resolved before any agreement.