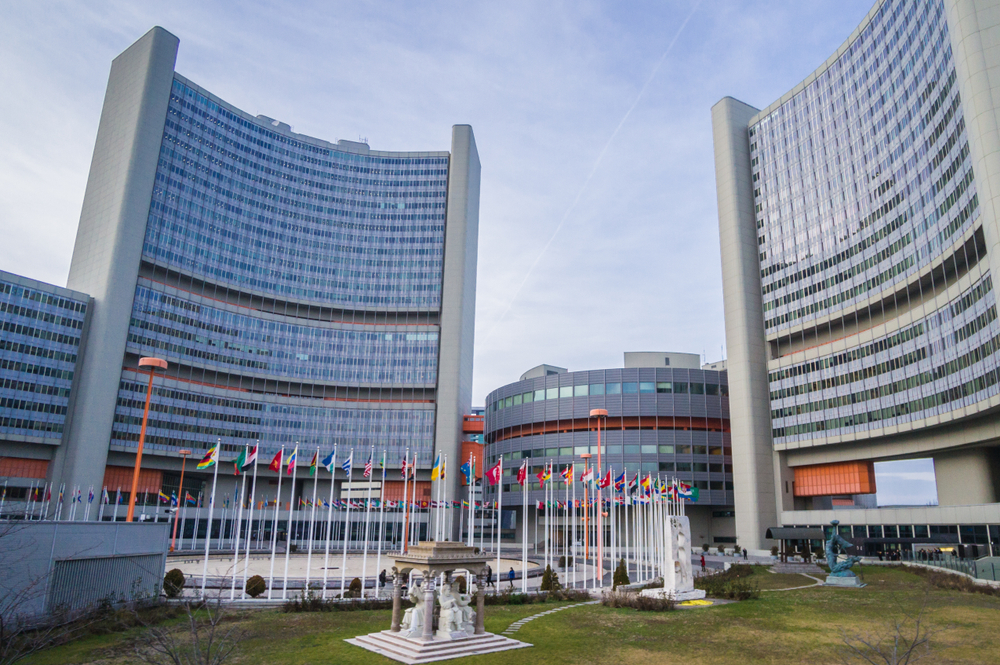 Iran is taking “arbitrary measures” against International Atomic Energy Agency (IAEA) inspectors, Saudi Arabia’s governor at the UN watchdog said Tuesday.
He also called on Tuesday for Tehran to fully comply with safeguard agreements under the 2015 JCPOA nuclear deal and stop escalation of its nuclear program, adding: “Iran’s nuclear commitments should not be mixed with negotiations.”

He also said Iran’s nuclear policy revolved around “blackmailing the world through its nuclear program.”

The watchdog’s chief, Rafael Grossi, is in Tehran for talks with the regime and said Tuesday he wanted to deepen cooperation with Iran.

“The agency is seeking to continue and deepen the dialogue with the government of Iran... We agreed to continue our joint work on transparency and this will continue,” Grossi, who arrived in the Iranian capital on Monday, told a televised news conference.

The IAEA last week issued reports detailing its conflicts with Iran, from rough treatment of its inspectors to re-installing cameras it deems “essential” for the revival of Tehran’s nuclear deal.

Tehran and Washington will resume indirect negotiations on Nov. 29 in Vienna, which have been on hold since June, to find ways to reinstate the nuclear deal that former US President Donald Trump exited three years ago and reimposed harsh sanctions on Iran.
#donald trump
Add Comment