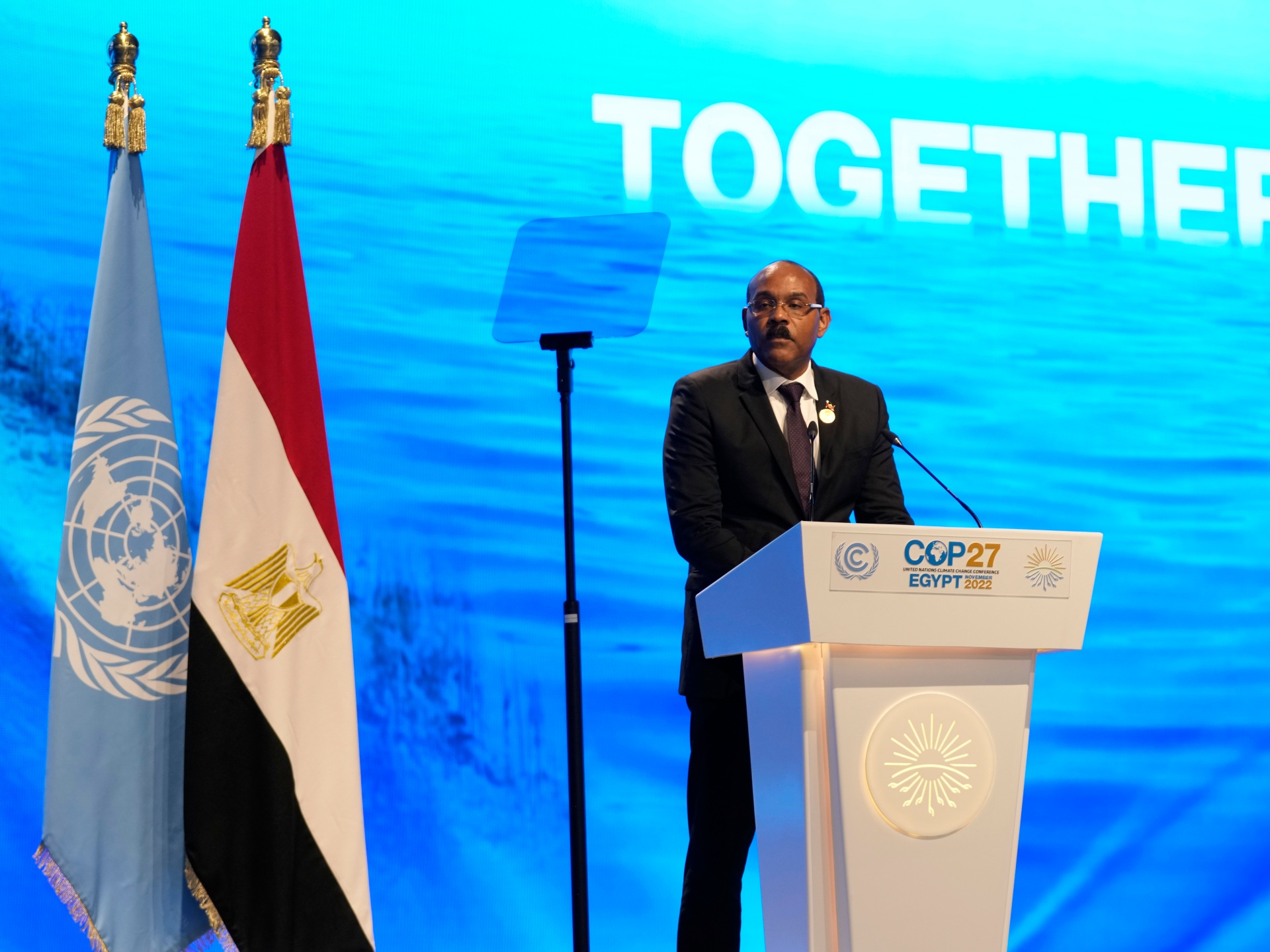 It’s all about money, not really about protecting the planet: Tax oil firms to pay for climate damage, island nations say

A group of small countries at COP27 demand oil companies compensate developing countries for climate-induced disasters. Why? How? No idea. Just pay money and everything will be all right.
A group of small island nations has joined calls for a windfall tax on oil companies to compensate developing countries for the damage caused by climate change-induced natural disasters.

Developing nations have pressed their case at the UN’s COP27 climate summit in Egypt for the creation of a “loss and damage” fund, arguing that rich nations are to blame for the biggest share of greenhouse gas emissions.

Climate injustice is a major theme of the climate summit, and anger on Tuesday was directed at the oil industry, whose multibillion-dollar profits since Russia’s invasion of Ukraine in February have led to anger across a world concerned about climate change and rampant consumer inflation.

On Tuesday, the host of the COP27 climate talks launched a 30-point plan to help the world’s poorest communities withstand the impacts of global warming. The plan seeks to disburse up to $300bn a year from private and public investors.

“The COP27 presidency has long articulated our commitment to bringing together state and non-state actors to progress on adaptation and resilience for the 4 billion people that live in the most climate vulnerable regions by 2030,” the summit’s president and Egypt’s minister of foreign affairs, Sameh Shoukry, said in a statement.

US President Joe Biden this month said the industry was raking in “war profits” and proposed a windfall tax, an idea that has little chance of passing a divided Congress.

“It is about time that these companies are made to pay a global COP carbon tax on these profits as a source of funding for loss and damage,” Gaston Browne, the prime minister of Antigua and Barbuda, told fellow leaders at the summit in the seaside resort of Sharm el-Sheikh.

“While they are profiting, the planet is burning,” said Browne, who spoke on behalf of the 39-nation Alliance of Small Island States, many of whose very existence is threatened by rising sea levels and increasingly intense tropical storms.

The contentious issue of loss and damage was added to the COP27 agenda after intense negotiations.

The United States and European Union have dragged their feet on the issue in the past, fearful of creating an open-ended reparations regime.
#Joe Biden
Add Comment