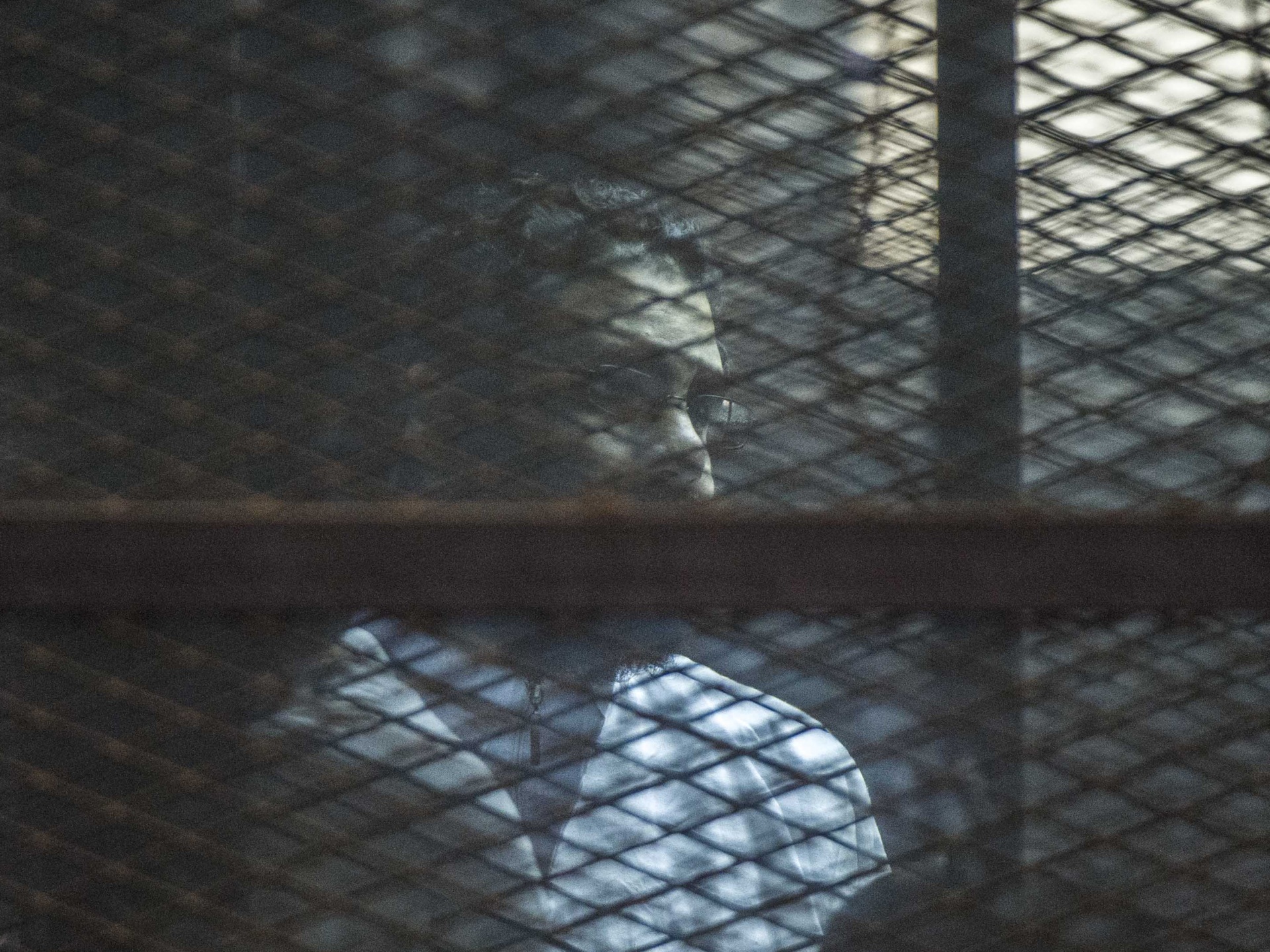 Jailed Egyptian activist Alaa Abd el-Fattah has stopped drinking water, his family said on Sunday, escalating his hunger strike as the United Kingdom’s Prime Minister Rishi Sunak said he will raise his case with Cairo during the COP27 climate summit that opened on Sunday.

A major figure in the 2011 uprising that toppled longtime president Hosni Mubarak, Abd el-Fattah is currently serving a five-year sentence on charges of “spreading false news”, having already spent much of the past decade behind bars.

After a seven-month hunger strike during which he consumed only “100 calories a day”, he has refused food altogether since Tuesday, and on Sunday launched a “water strike”, his sister Sanaa Seif said in a statement.

On Saturday, Sunak told Seif in a letter that the UK would use the summit to lobby for her brother’s release.

In the letter, which was posted by his family on social media, Sunak wrote that the case remained a priority for the British government and had been raised with Egyptian President Abdel Fattah el-Sisi several times.

“I will continue to stress to President Sisi the importance that we attach to the swift resolution of Alaa’s case and an end to his unacceptable treatment,” Sunak wrote.

“The UK’s attendance at COP27 is another opportunity to raise your brother’s case with the Egyptian leadership.”

The family, which communicates with Abd el-Fattah through weekly letters and during rare visits, says it fears that if he is not released during the climate conference, he will die without water.

After family visits in October, his sister said: “He looks very weak, he’s fading away slowly, he looks like a skeleton.”

On Twitter, Seif urged people to “keep his story alive”.

“I consider lights on around 10am as a signal of a new day,” he wrote in his most recent letter to his family. “With the turning on of the lights on Sunday Nov. 6, I’ll drink my last cup of water … anything after that is unknown.”

Egyptian officials have previously said that he was receiving meals and was moved to a prison with better conditions earlier this year.

Amnesty International chief Agnes Callamard told reporters in Cairo on Sunday that “Alaa Abdel Fattah must be released”, warning his death in prison may be imminent.

“There is not a lot of time, 72 hours at best,” she said. “If they don’t [release him], that death will be in every single discussion in this COP.”

Tens of thousands of participants, including some 90 heads of state and government, are expected in the Egyptian resort town of Sharm el-Sheikh for the United Nations climate summit from Sunday through November 18.

Sunak, who is also due to attend the conference, “needs to understand the urgency” in securing Abd el-Fattah’s release, Seif told the UK’s Sky News on Sunday.

“After the conference, it could be too late.”