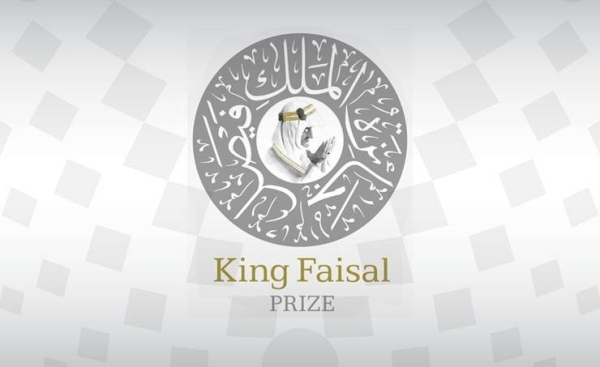 The 2022 laureates of the renowned King Faisal Prize (KFP) will be announced on Wednesday at a ceremony in Riyadh.
Prince Khalid Al Faisal, Chairman of King Faisal Prize Board, will launch the preparatory meetings to choose the winners in the prize’s five categories - Islamic Studies, Arabic Language & Literature, Medicine, Science and Service to Islam.

The prize's general secretariat said that the nominations are made by scientific institutions, universities, research centers as well as scientific and language councils and that a nominated individual is alive and his work has been published.

The work should also be informative and should contribute to the enrichment of knowledge for the development of humanity.

The prize selection committees include highly-qualified specialists, scientists and public figures from 26 different countries.In September, KFP Secretary General Dr. Abdulaziz Alsebail said the prize committees select each year a specific topic for each of the prizes.

“Pandemics and Vaccine Development” is the topic for the prize in Medicine and “Islamic Architecture” for the Islamic Studies prize.

The topic for the Arabic Language and Literature Prize is “Classical Arabic Narrative and Modern Theories”, and the Science prize is accorded in the field of “Chemistry”.

The Service to Islam is an appreciation award accorded to someone who has had a prominent role in serving Islam and Muslims, intellectually, scientifically, and socially, through various works, activities, programs, and projects that have made a positive impact on the Muslim community.

The King Faisal Prize, initiated by the King Faisal Foundation (KFF), was established in 1979. Throughout its existence, 275 scientists from 43 countries have been honored in recognition of their outstanding merits and 21 of them went on to win the Nobel Prize.
#vaccine
Add Comment