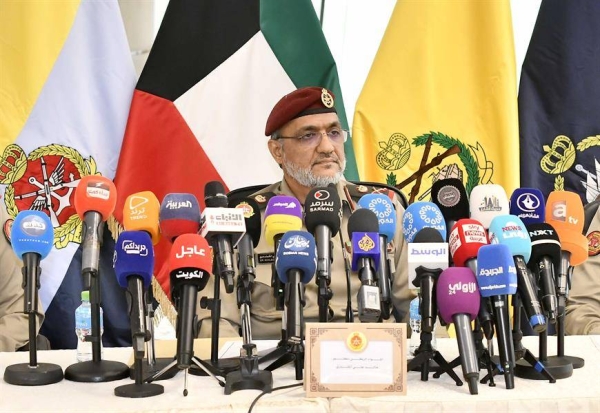 The Deputy Chief of General Staff of the Kuwaiti Army Maj. Gen. Khaled Al-Kandari confirmed on Monday that Kuwait has benefited from the induction of Saudi women into the Kingdom’s military.
He said that the Kuwaiti Ministry of Defense had conducted an integrated study on the experience of the Saudi women in military fields from several aspects, including the legal, administrative and technical aspects.

The Kuwaiti Ministry of Defense has also benefited from the experiences of the Gulf Cooperation Council countries, he said.

Al-Kandari added that the request for assistance came in order to provide the needs of the Kuwaiti military to enable women to join.

It is noteworthy that Kuwait's Defense Minister Sheikh Hamad Jaber Al-Ali Al-Sabah has issued a decision, for the first time in Kuwait, to allow female citizens to join the military in combat roles.The decision issued by the minister opened the doors for Kuwaiti women to join the military services as non-commissioned, specialty officers and individual officers. The decision is currently limited to the field of medical and military services.
Add Comment