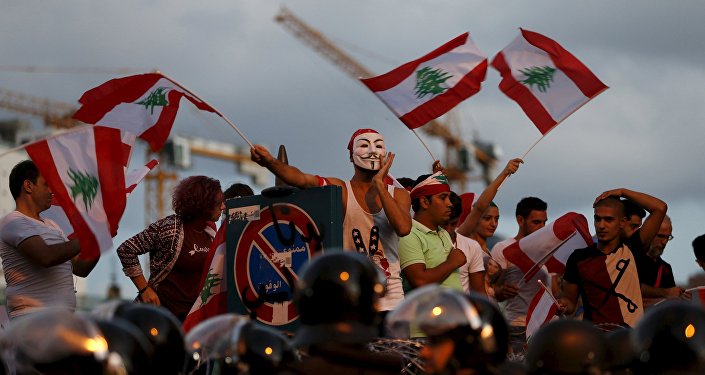 Protesters blocked the central streets of the Lebanese capital of Beirut after another political meeting failed to bring results on the formation of a new government.
Groups of young people set fire to garbage and blocked roads to essential destinations in different parts of the capital city, including the airport.

The rallies also come amid a sharp fall of the Lebanese pound, with the exchange rate dropping by 2,300 against the US dollar, bringing its price to some 14,000 pounds per $1 on the black market.

Earlier on Monday, Prime Minister-designate Saad Hariri said that he had declined President Michel Aoun's offer to form a government, as the president sought to grant his allies veto power in the government.

In mid-March, Aoun said that Hariri would have to resign unless he managed to set up a new cabinet, and invited him to quickly sign an agreement on its creation. In response, Hariri offered to hold early presidential elections if the president did not sign a decree on the formation of a government, as the latter cannot be confirmed without the president’s agreement, according to the Lebanese constitution.

However, the constitution also does not provide any basis for Hariri's resignation.

In the meantime, Lebanon continues to be plagued by an economic crisis involving currency, widespread poverty, and rising prices on essential goods.
Add Comment