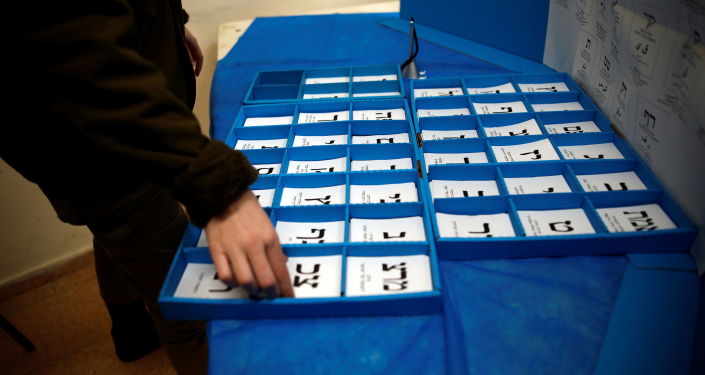 The date for the 24th Knesset election has been set for 23 March, 2021, after the Israeli parliament failed to approve the 2020 state budget in December of the same year under the now-collapsed government coalition of the Likud and the Blue and White political parties.

One day before the 23 March Knesset election, the personal information of all eligible Israeli voters was leaked by anonymous hackers, Haaretz reported on Monday.

The leaked databas contain names, ID numbers and other personal data on over 6 million Israeli voters, with the hackers implying that it was the continued use of the campaign-management app Elector by political parties that motivated them to leak the information.

Haaretz highlighted that it could not confirm whether the data was actually stolen from the Elector app or the authenticity of the voter data said to have been accessed.

The hacker group, under the name "Israeli Autumn", claimed Elector is a "spy tool" that "is actively supported by those who are supposed to protect the citizens", blaming the government for "fail[ing] to fulfill its duty for corrupt political reasons."

The link to two encrypted databases was reportedly sent to journalists via Ghostbin, a website that allows anonymous messaging. One of the databases is said to contain the full list of all eligible Israeli voters and their designated polling stations, while another is thought to contain over 6 million full names and additional details.

According to Haaretz, this is not the first time personal data of Israeli voters has been leaked online, as a February 2020 software flaw in the Elector app provided access to all voter data.

The election to choose members of the 24th Knesset is scheduled for 23 March - a date automatically set for the new election in Israel after the parliament failed to approve the 2020 state budget. Following that, the Knesset was dissolved and the coalition between Likud and Blue and White - political parties led by the Israeli PM Benjamin Netanyahu and Defense Minister Benny Gantz, respectively - had collapsed.