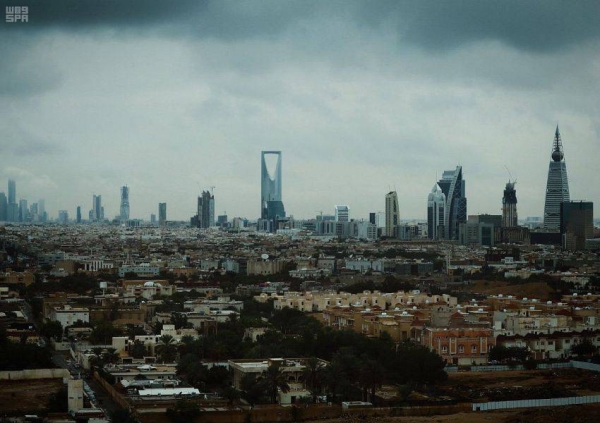 The percentage of workers for those with disabilities in Saudi Arabia has increased from 11% to more than 12% by the end of 2021, Deputy President of the Human Rights Commission Abdulaziz Bin Abdullah Al-Khayal said.
Al-Khayal made remarks during the 15th session of the Conference of States Parties to the Convention on the Rights of Persons with Disabilities (CRPD), as he confirmed that Saudi Arabia's government highlights and pays great attention to the rights of persons with disabilities, which are based on its constitutional principles and values stipulated in the Basic Law of Governance.

During the conference, Al-Khayal praised Saudi Arabia's efforts in combating the COVID-19 pandemic, noting that it had taken many preventive measures to ensure that persons with disabilities are not affected by the pandemic and its repercussions.

Saudi Arabia was based on the principle of equality and non-discrimination in implementation of the principle of complementarity and interdependence of human rights, and their indivisibility, stipulated in the 1993 Vienna Declaration and Program of Action, he said.

Al-Khayal indicated that although the whole world was negatively affected by the effects of the COVID-19 pandemic, Saudi Arabia has taken a number of measures in the labor market to provide suitable work options for people with disabilities, which resulted in an increase in the percentage of workers with disabilities from 11% to more than at 12% by the end of 2021.

During the pandemic, the Kingdom also provided distance education for people with disabilities and prepared protocols for schools and centers to suit the conditions of the pandemic, Al-Khayal said, adding that the Kingdom supported 63 associations concerned with them with an amount exceeding $17 million.

Al-Khayal stated that the number of doses of the COVID-19 vaccine that were provided to persons with disabilities in the Kingdom until the end of 2021 reached 1 million and 500,00 doses.

He also added during his speech that the National Transformation Program, which is one of the programs of the Kingdom's Vision 2030, included many opportunities to empower persons with disabilities and provide all facilities that help them achieve a decent life, most notably: obtaining suitable job opportunities, in addition to an education that ensures their integration into society.

"Saudi Arabia has taken many measures aimed at supporting persons with disabilities that contribute to their health, social, educational and economic empowerment." Al-Khayal noted.

The total financial support provided to people with disabilities during the year 2021, amounted to about more than $1 billion and 300 million, of which more than 400,00 people benefited. I

This is in addition to disbursing about more than 100,00 devices that amounted to more than $60 million.

Al-Khayal added that Saudi Arabia has provided alternatives to housing services, as the number of beneficiaries of them with disabilities during the year 2021 reached nearly 17,000, with an amount of more than $130 million, in addition to providing training programs and a home social care program.

Saudi Arabia is honored to chair the current 41st session of the Council of Arab Social Affairs Ministers, Al-Khayal said, noting that it is the mechanism concerned with following up the file of the persons with disabilities' rights at the ministerial level within the Arab League system.

The Al-Khayal indicated that the Arab region is facing difficulties and challenges due to the armed conflicts that some Arab countries are facing, and waves of asylum and displacement, which has also led to multiple difficulties due to COVID 19 pandemic, and its impact on persons with disabilities.

He affirmed in this regard that the Arab countries are determined to continue their efforts in cooperation with all international efforts to implement the agreement within the Sustainable Development Goals (SDGs).
#COVID-19  #vaccine  #Covid
Add Comment