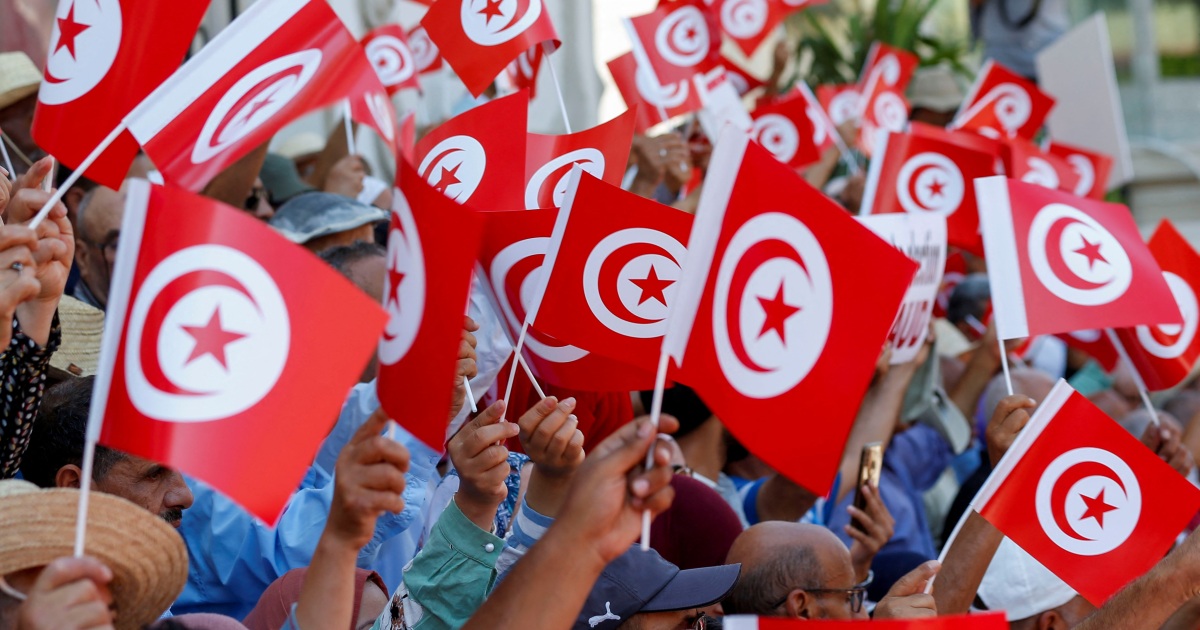 People are demonstrating against a referendum, to be held on Monday, on a new constitution that they reject as illegal.

Hundreds of protesters have gathered in central Tunis to demonstrate against a referendum to be held on Monday on a new constitution that they reject as illegal.

President Kais Saied published the draft constitution, giving himself far more powers, reducing the role of the parliament and the judiciary, and removing most checks on his power, less than a month ago.

The referendum is the latest move in what his foes call a march to one-man rule since he moved against the elected parliament a year ago, replacing the government and moving to rule by decree in what critics call a coup.

Saturday’s protest was organised by the coalition, which includes activist group Citizens Against the Coup and Ennahdha, a Muslim party that was the biggest in the dissolved parliament.

Police were present along the avenue in huge numbers, but there was no violence.

During a separate protest on Friday evening by civil society groups and smaller political parties, police used sticks and pepper spray to disperse demonstrators, arresting several of them. 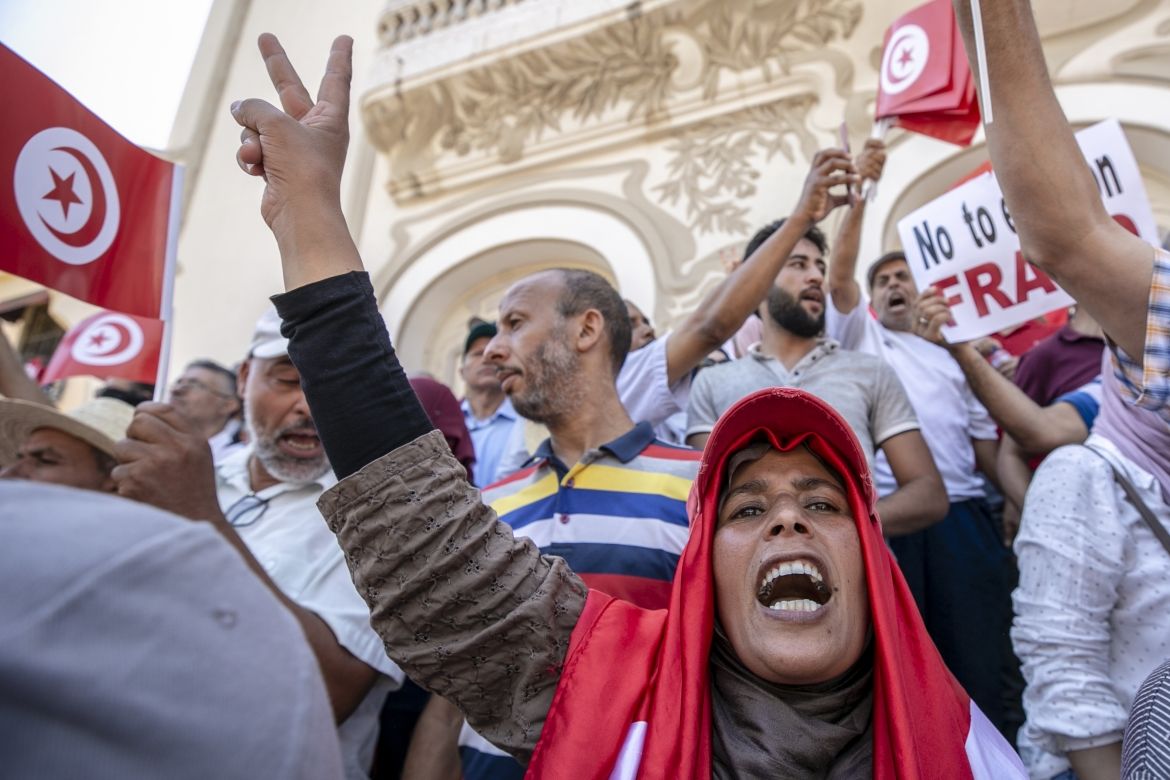 People gather on Habib Bourguiba Avenue during the protest against the referendum. 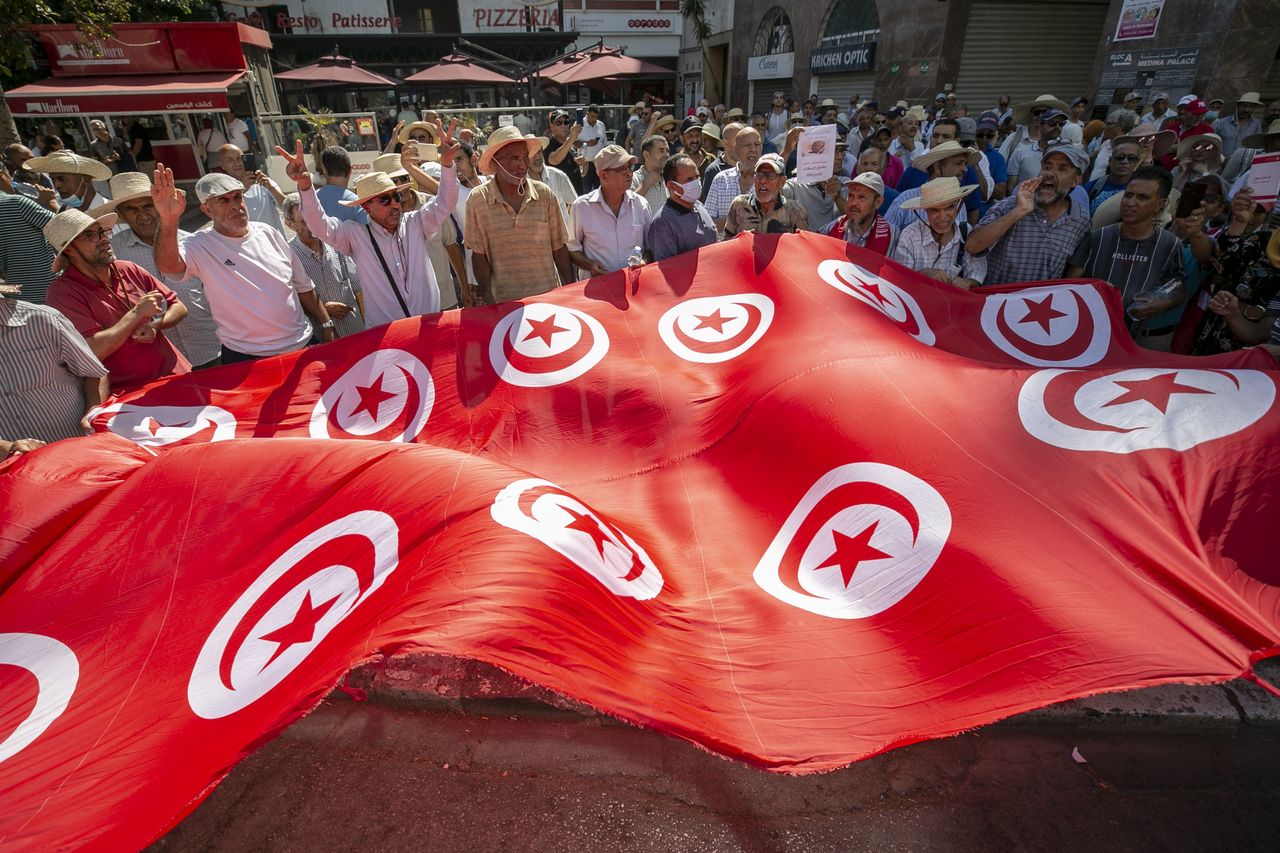 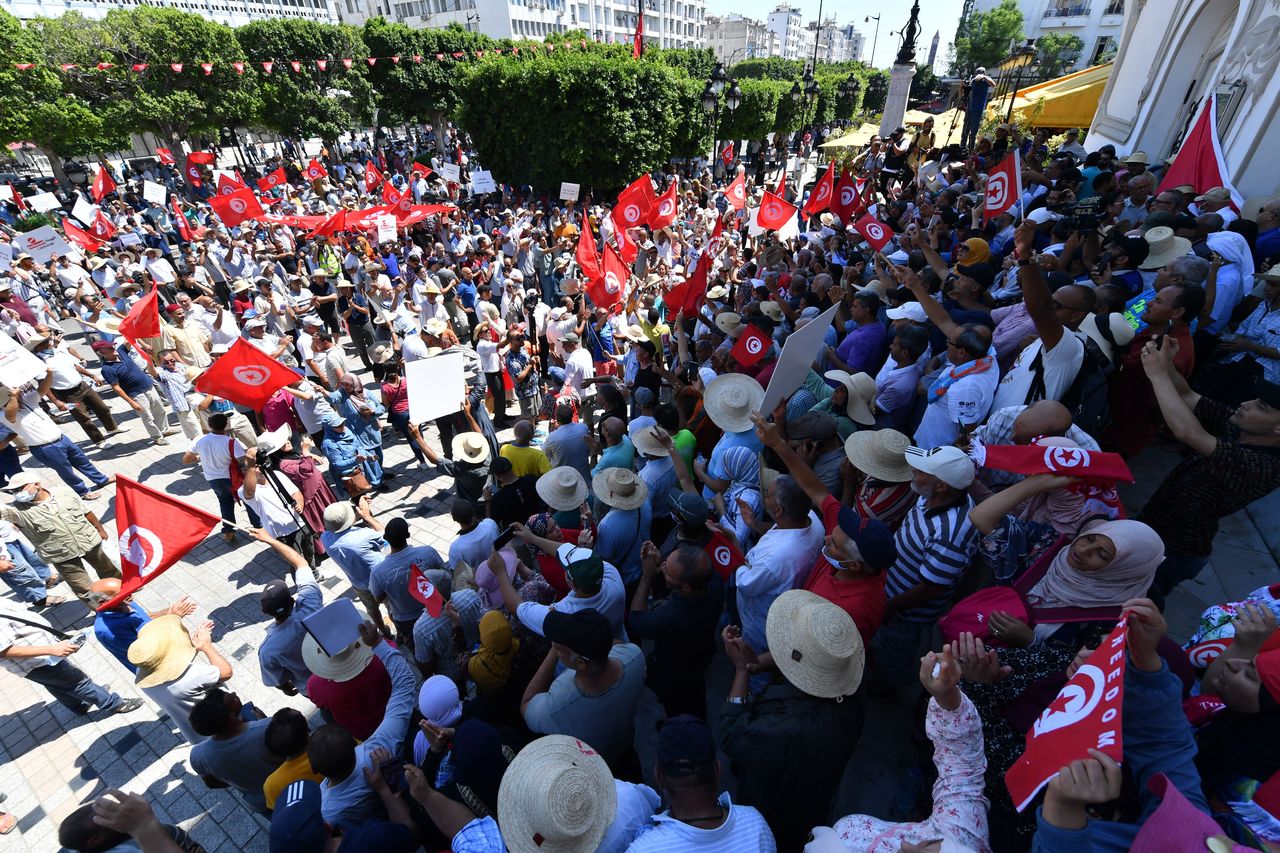 Tunisian protesters raise flags and placards during the protest along Habib Bourguiba Avenue in Tunis. 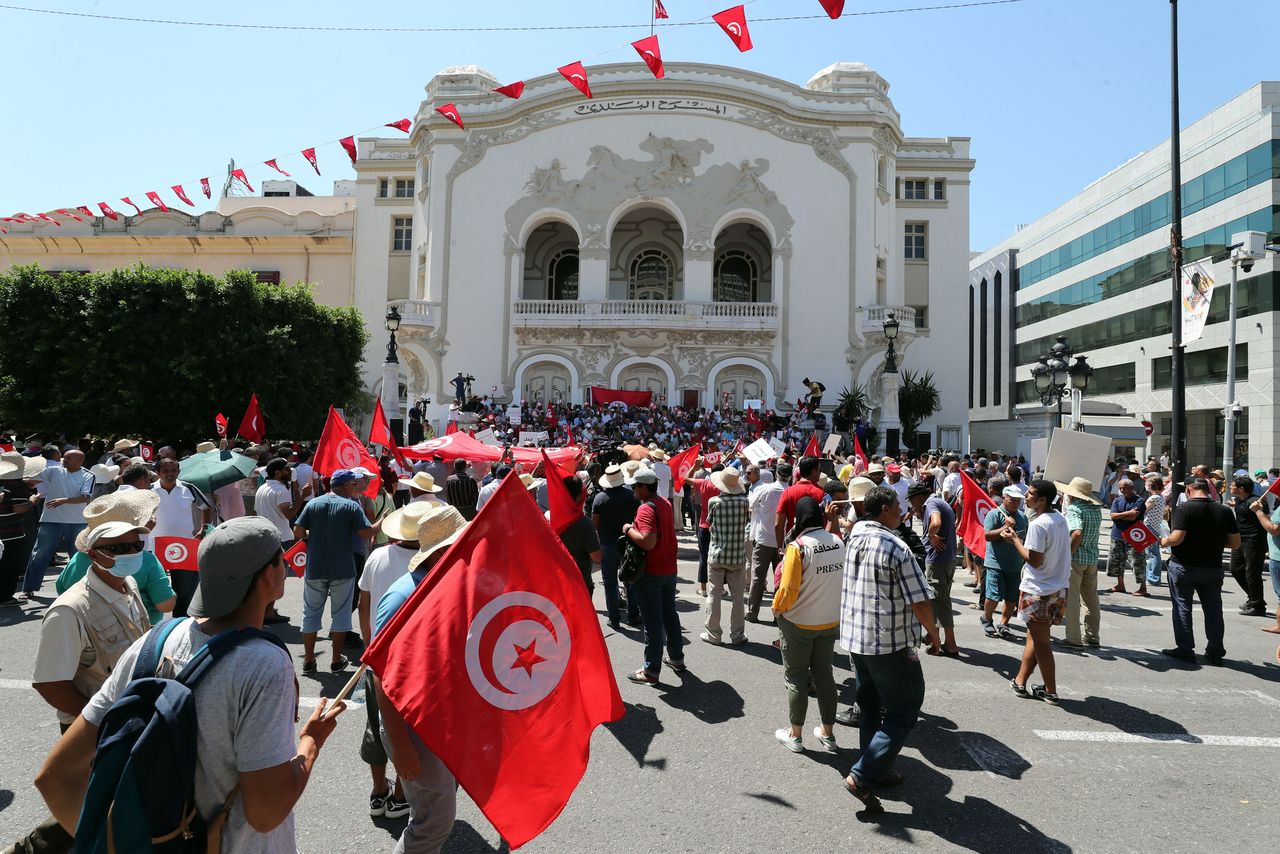 Saied suspended parliament last year and seized broad powers in a move that he said was necessary to 'save the country' from a political and economic crisis. 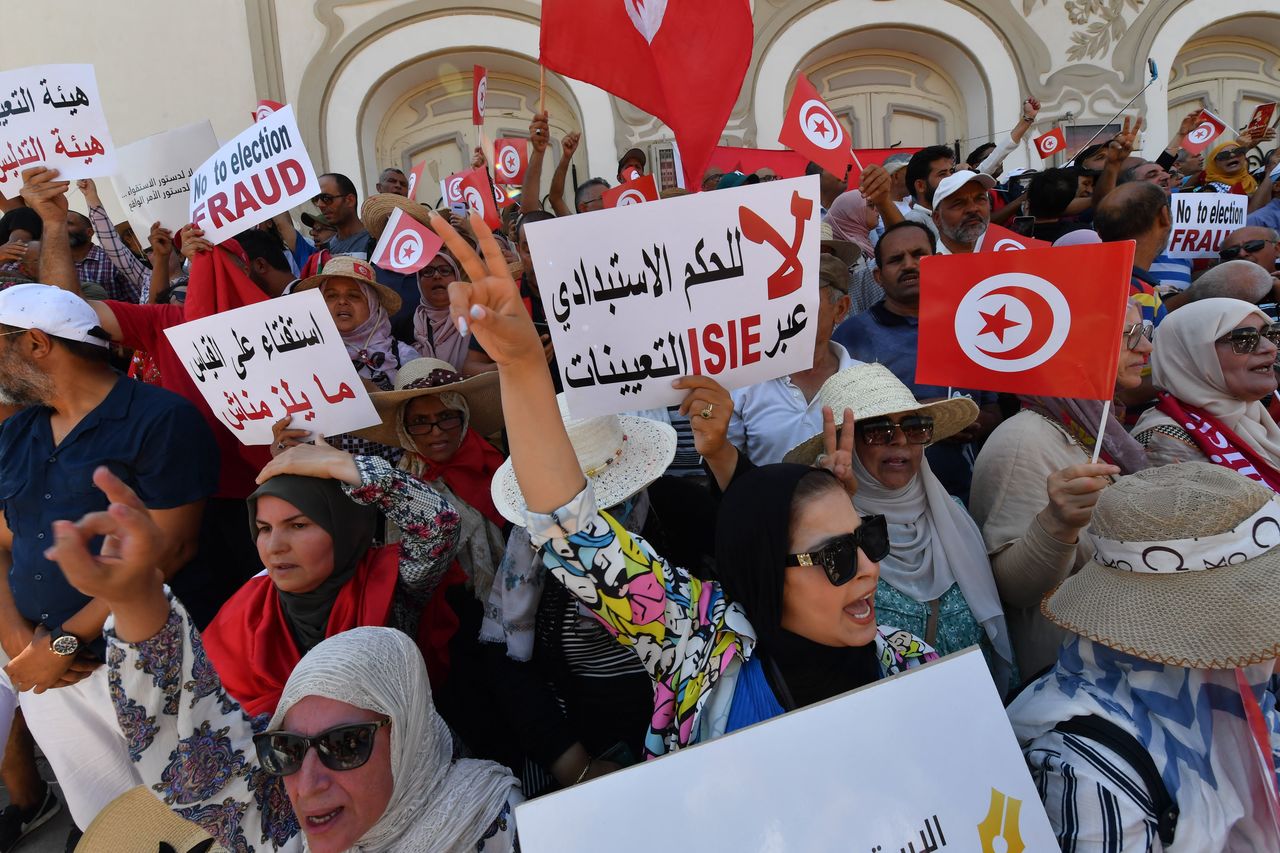 Opponents have called for a boycott of Monday's referendum. 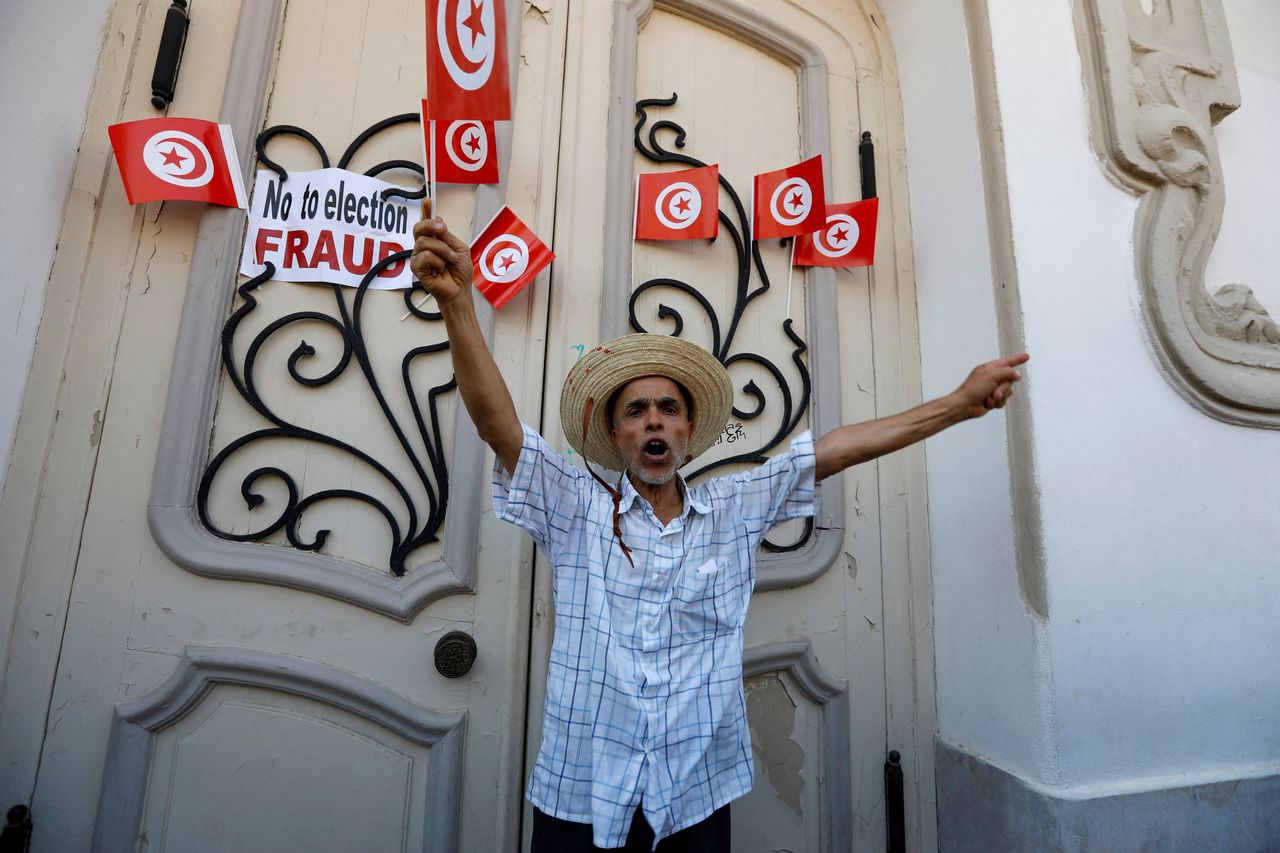 A man takes part in the protest against President Saied's referendum on a new constitution. 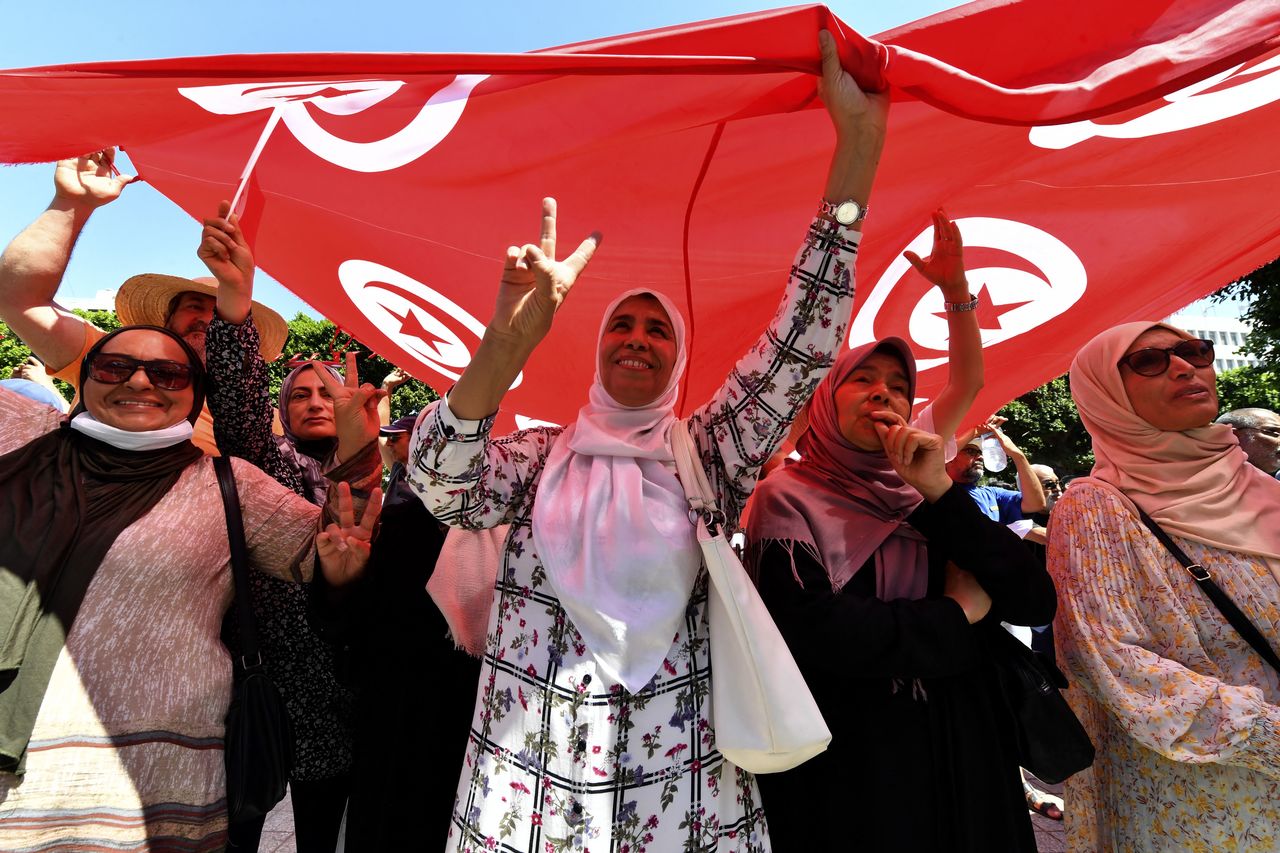 While observers have predicted most Tunisians will snub the poll, few doubt the charter will pass. 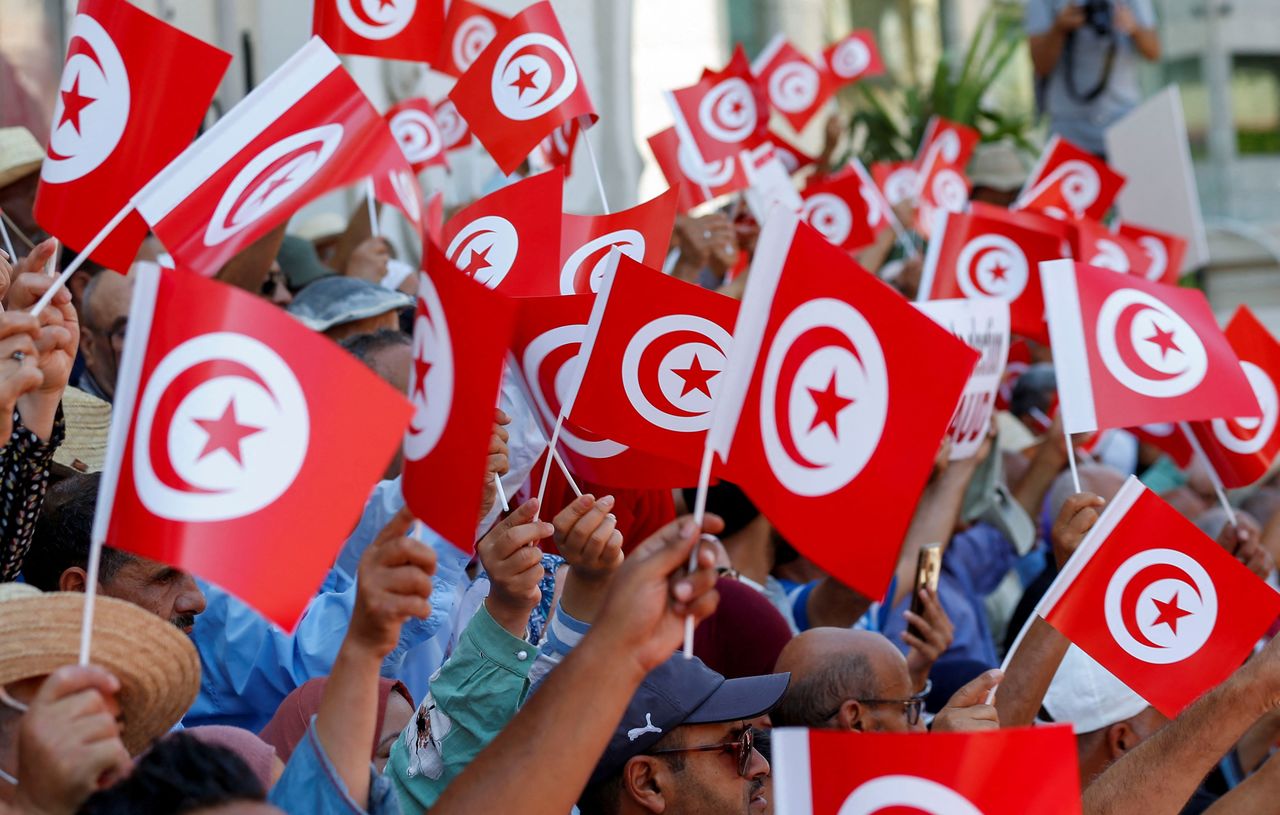 People take part in a protest against President Kais Saied's referendum on a new constitution, in Tunis.