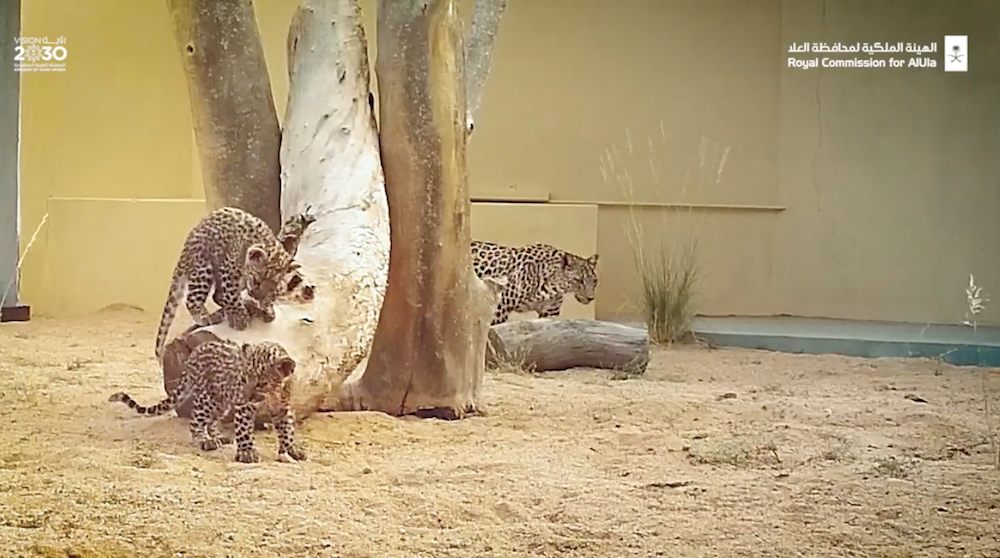 The Royal Commission for AlUla (RCU) has announced the birth of two female Arabian leopard cubs, one of the world’s most endangered animals.

The RCU tweeted a video of the newborn Arabian leopard cubs playing together at the Prince Saud Al-Faisal Center for Wildlife Research, where they were born.

The news received thousands of positive reactions from many animal lovers from countries around the globe including Japan, India, Canada, Ukraine, the US and France.

The RCU’s strategy to preserve the Arabian leopard includes initiatives such as the expansion of a breeding program through the opening of the Arabian Leopard Breeding Center in the Sharaan Nature Reserve, and the establishment of a $25 million Global Fund for the Arabian Leopard.

The Arabian Leopard’s habitat has historically been ecologically diverse. The RCU tweeted: “In #AlUla, we work to safeguard the Arabian Leopard from extinction, restore ecosystems and meet our #SaudiGreenInitiative & #SaudiVision2030 objectives.”

Only a handful of the magnificent animals are thought to survive in the whole Arabian Peninsula, holding out in the last refuge in Oman’s Dhofar mountains.

What makes Arabian leopards vulnerable is that they are solitary animals, they live alone and mate in the winter, their gestation period is 100 days, and the female Arabian leopard gives birth at an annual rate of one to two cubs only.

The Arabian leopard is classified on the International Union for Conservation of Nature’s Red List as “critically endangered.” It is all but extinct in the wild.

However, the commitment to preserving the Arabian leopard runs deep in Saudi Arabia, and in June 2016 Prince Badr bin Abdullah bin Farhan, Saudi Arabia’s minister of culture and the RCU, signed an agreement with Panthera, committing the commission to invest $20 million over 10 years to aid global conservation of the leopard and to revitalize the Arabian leopard population.

This year, the Kingdom celebrated its first Arabian Leopard Day in February. The occasion will take place annually on February 10 to raise awareness about the endangered big cat.