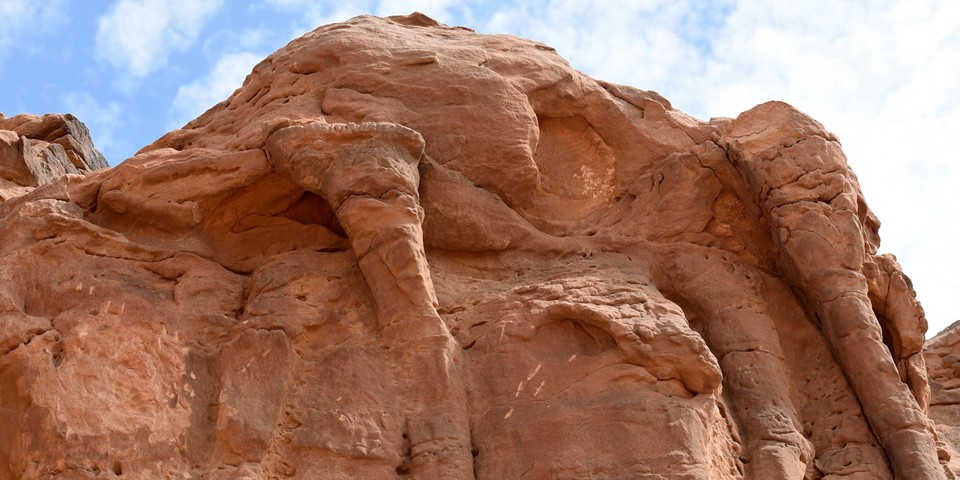 Estimated to be older than the pyramids in Giza and Stonehenge.
Back in 2018, a team of archaeologists uncovered massive camel and animal-like sculptures built on the side of a mountain in Northern Saudi Arabia. Initially, they thought the work to be roughly 2,000 years old, however, new studies show that these sculptural works to be nearly 8,000 years old — predating Stonehenge and the Egyptian pyramids of Giza.

The 14 scientists leading the excavation used a combination of luminescence and X-ray technology to determine the age of the structure and were amazed at the tools and scaffolding that must have been needed to create such work. According to Maria Guagnin, a lead archaeologist from the Max Planck Institute for the Science of Human History, the sight is “absolutely stunning,” she told The National. Despite the carvings being in a “heavily eroded state with many panels fallen, the original site must’ve been absolutely mind blowing,” she added.

Additionally, the camel artwork interestingly appears to have bulging necks and bellies — indicative of the mating season — which meant these sculptures must have been symbolic of fertility. Located in Saudi Arabia’s northwestern al-Jouf province, the site shows to have been recarved throughout the years, leading researchers to believe that its “symbolism and function was maintained over many generations,” said Guagnin in a statement.