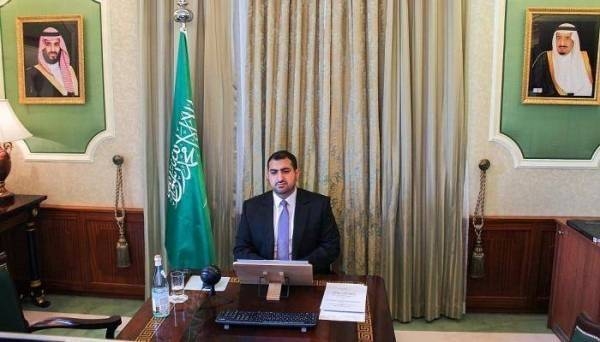 Prince Abdullah Bin Khalid Bin Sultan, Saudi Arabia’s governor to the International Atomic Energy Agency (IAEA), called on Iran to fully comply with the IAEA instructions with regard to inspections of its nuclear facilities. He also urged Tehran to stop its nuclear escalation.
“Iran’s nuclear commitments should not be mixed with negotiations,” he said in a statement on his Twitter account on Tuesday. Prince Abdullah said that Iran is taking arbitrary measures against the IAEA inspectors.

Meanwhile, Rafael Grossi, director general of IAEA, said on Wednesday that he “could not agree” in talks with Iranian officials to resolve disputes over the monitoring of the country’s atomic program, a day after returning from Tehran. He met earlier with Iranian officials to press for the lifting of restrictions on access to nuclear facilities by the agency’s inspectors, as the resumption of diplomatic talks on Tehran’s nuclear deal with world powers looms.

Grossi told the quarterly meeting of the board of governors that his talks in Tehran were “inconclusive”, despite what he had earlier described as “intense” negotiations. “We could not agree yesterday, in spite of my best efforts,” Grossi told reporters on Wednesday, shortly after addressing the board meeting.

Among other officials in Tehran, he met Mohammad Eslami, the head of the Atomic Energy Organization of Iran. He had been hoping to make progress on several points of contention between the agency and Tehran. These include the constraints put on IAEA inspections activity earlier this year, outstanding questions over the presence of undeclared nuclear material at sites in Iran, and the treatment of IAEA staff in the country. The talks came ahead of the scheduled resumption on Monday of negotiations between Tehran and world powers aimed at reviving the 2015 deal that gave Iran sanctions relief in return for curbs on its nuclear program.

“Some questions were raised based on documents published by our enemies. These questions have now been answered,” Eslami said after meeting with Grossi. The IAEA chief later met for the first time with Iranian Foreign Minister Hossein Amirabdollahian, who urged the IAEA to continue to cooperate with Iran in the context of its technical duties, and avoid taking political positions, state media said.

Grossi said on Tuesday he wanted to deepen cooperation with Iran in his talks in Tehran, days before the resumption of negotiations between Iran and world powers to revive a 2015 nuclear deal. IAEA last week issued reports detailing its conflicts with Iran, from rough treatment of its inspectors to re-installing cameras it deems "essential" for the revival of the nuclear deal. “The agency is seeking to continue and deepen the dialogue with the government of Iran...We agreed to continue our joint work on transparency and this will continue,” Grossi told a televised news conference in Tehran.
Add Comment