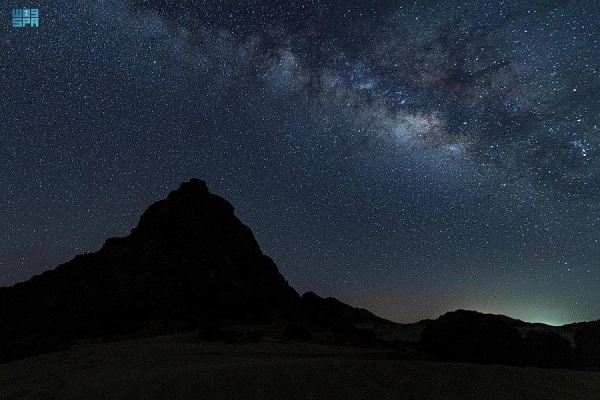 Saudi Arabia's projects have achieved the largest share of the nominated projects in the NASA International Space Apps Challenge.
The Saudi teams has reached the final nominations on 23 of last October, under the patronage and supervision of the Saudi Space Authority, through their participation in the Space Apps challenge.

The Space Authority seeks to provide developmental and innovative solutions that help to solve problems facing earth and space.

The Saudi teams, with its projects, have topped the highest number of the nominated teams for the best 37 projects in the world list.

The Saudi teams projects were presented from several regions of the Kingdom:

• Alfaisal SpaceX team from Riyadh, which ranked first in the Arab world at the level of the MENA in honor list for the top 20 projects.

The Kingdom's participation and achievements represent a pride in the extension of its series of scientific successes in international competitions.

The Saudi Space Authority efforts have contributed to prepare and build a conscious generation that is capable of competition and innovation, as their outputs will enhance the Kingdom's development and to strengthen its economy.

The Saudi Space Authority has launched a space hackathon to attract innovators and to enhance the Saudi presence in international forums, as the participation in the NASA Challenge reached 1,382 participants.

They have been divided into 122 teams from 13 cities around the Kingdom, of whom 26 teams qualified for the NASA International Space Apps Challenge.

The Authority provided scientific and financial support to all Saudi teams, as it provided an amount of SR200,000 to the winning teams to raise the level of competition.

The Authority has formed a committee specialized in all the disciplines to guide and assist the Saudi teams that participated in the NASA challenge, as they underwent a period of preparation, and attended training workshops under the supervision of Saudi and foreign trainers.
Add Comment