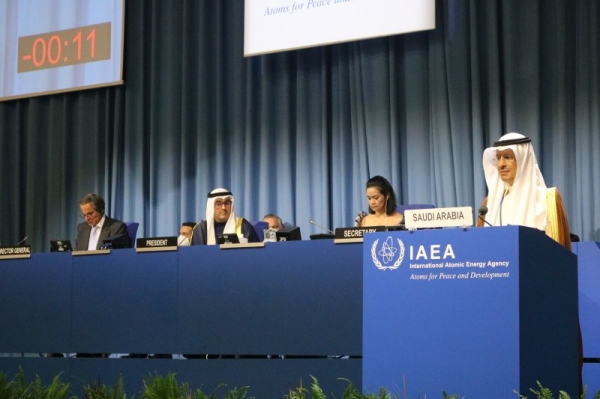 Saudi Arabia expressed concern over Iran’s lack of transparency regarding its nuclear program. Addressing the International Atomic Energy Agency (IAEA) meeting here on Monday, Minister of Energy Prince Abdulaziz Bin Salman said this while underlining the Kingdom’s stance over using nuclear energy only for peaceful purposes.
“Saudi Arabia reiterates the importance of countries around the world to abide by the Treaty on the Non-Proliferation of Nuclear Weapons (NPT). There is a need to address the issue of spreading nuclear weapons in the Middle East as the region needs to be free of weapons of mass destruction,” he said.

The minister renewed Saudi Arabia’s support for the IAEA with regard to the peaceful use of nuclear energy.

The NPT is an international treaty that aims to prevent the spread of nuclear weapons, as well as to promote cooperation in the peaceful use of nuclear energy, and to further the goal of achieving nuclear disarmament around the world.
Add Comment