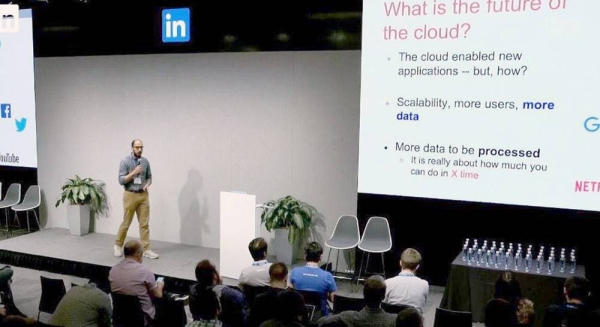 Assistant Professor Nawab added that the other two projects, one with a start-up company to develop research ideas in the laboratory to process data in smart cities and universities through products that they transfer.
Saudi Computer Science Assistant Professor Faisal Nawab at the University of California, Irvine, leads a research team to develop projects for technology companies in Silicon Valley, topped by Meta Platforms, Inc., formerly named Facebook, Inc.

He said in a statement to the Saudi Press Agency (SPA) that the details of those projects, noting that the largest project is for the benefit of the well-known Meta after the team he leads won 2021 research company award for future technologies to improve the next generation of Internet.

He said, “The project aims to process data to build systems around the world to match the huge user data that Meta owns, through protocols and algorithms that communicate efficiently, reduce data differences, and allow me to communicate in a more hierarchical manner.”

Assistant Professor Nawab added that the other two projects, one with a start-up company to develop research ideas in the laboratory to process data in smart cities and universities through products that they transfer.

The other for the game company “Roblox” to solve the problem of data pressure during vacation periods in light of the large number of users and the pressure of processing images, data and interaction among game players.

He commended the huge and rapid leap that the education sector in Saudi Arabia enjoyed in the last decade, which made Saudi universities compete with their international counterparts in well-known international rankings and raised research production.

Also, he praised the performance and level of Saudi scholarship students, especially those who received high academic and scientific qualification from institutions such as King Abdulaziz and his Companions Foundation for Giftedness and Creativity “Mawhiba”; King Fahd University of Petroleum and Minerals; King Abdullah University of Science and Technology (KAUST); Prince Mohammed Bin Salman bin Abdulaziz (MiSK) Foundation, and Aramco.

It is worth mentioning that the Saudi Computer Science Assistant Professor Faisal Nawab had graduated from the University of Petroleum and obtained a master’s degree from KAUST. --SPA
#Facebook
Add Comment