Beekeeping as a hobby or business is not for the faint-hearted, as a mother-of-six from Hail in northern Saudi Arabia is proving in what has traditionally been a male-dominated industry.

Since launching her beekeeping career four years ago, 38-year-old Norah Shawi Al-Shimmari has found sweet success and been dubbed the “Beekeeper of the North.”

As the only female beekeeper in the Hail region, she is winning praise from fellow beekeepers and visitors, and has been honored by Abdul Rahman Al-Fadhli, minister of environment, water and agriculture.

Al-Shimmari, who describes herself as a hard-working self-learner, said: “I disagree with those who say that beekeeping is a man’s profession. A strong female can accomplish anything and can excel at any career.”

Al-Shimmari told Arab News that she decided to educate herself about the secrets of the beekeeping business, so bought a beehive and “began exploring the kingdom of bees from A to Z.”

She enjoys being “fully immersed in nature, dealing with bees, plants and fresh honey.”

"I disagree with those who say that beekeeping is a man’s profession. A strong female can accomplish anything and can excel at any career."

Al-Shimmari said that she learnt by observing. “How can one queen lead thousands of workers in a bee colony? I started to explore more and learnt from my colleagues, professional beekeepers who have been in the business for years.” 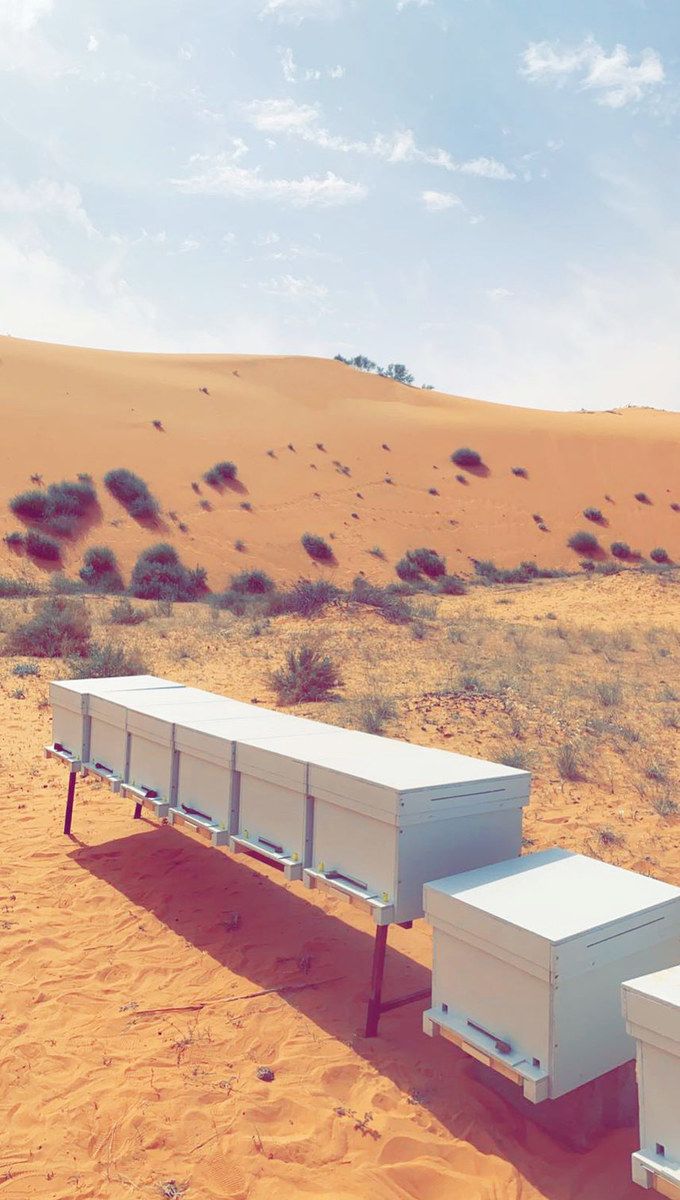 She said: “Gaining skill and excelling in beekeeping is far from easy. It requires on-site experience, and you need to have a good source that will answer all your questions. I received support from all the beekeepers I sought out. They were keen to teach me from scratch, and explained how to overcome obstacles and solve problems step by step.”

Advice from online platforms also helped Al-Shimmari to improve her beekeeping skills, with demonstrations on how to provide the best environment for bees.

Starting out with one beehive as a hobby, she gradually increased to 50 beehives, and began providing her family and relatives with honey from her farm.
“Once the production started to rise, my family encouraged me to transform my hobby into a business. They saw the array of honey types I produced and how hard-working I am. So I created my honey brand named after my late father Shawi.” 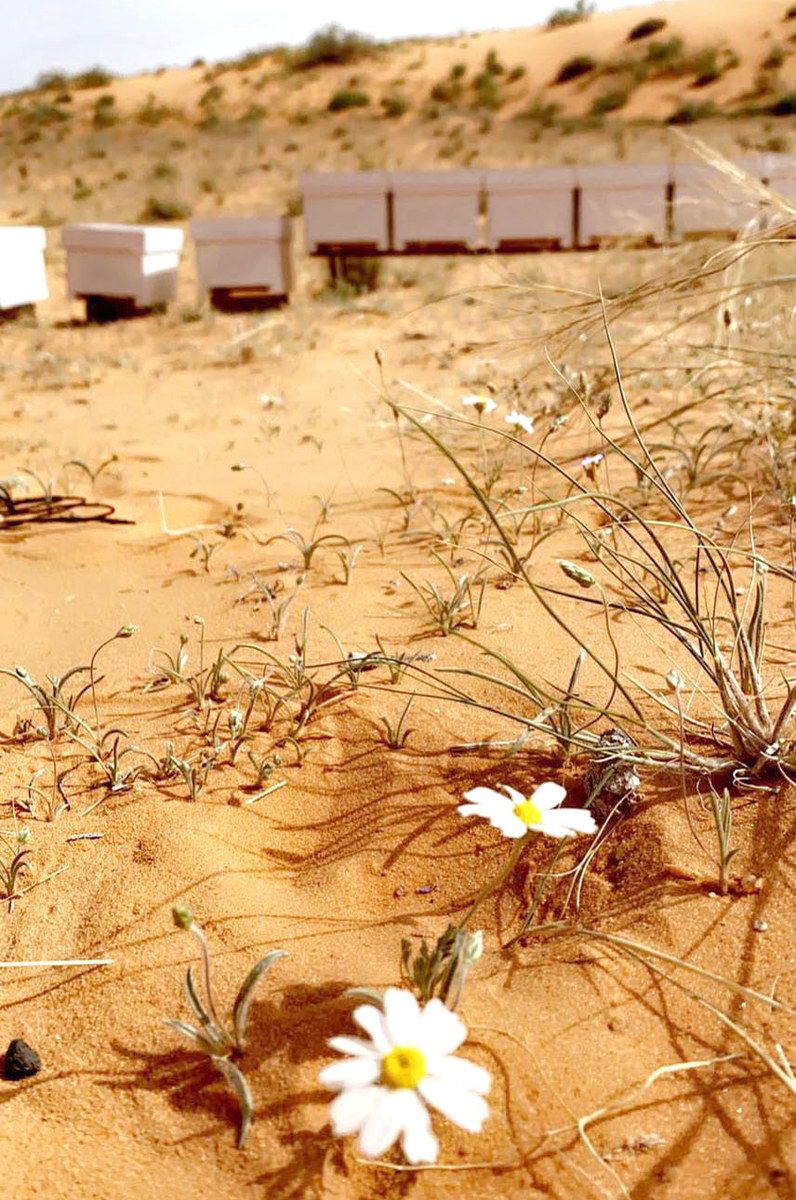 A female beekeeper in Saudi Arabia is a rarity, one of the factors that helped Al-Shimmari find business success in the area where she lives on the outskirts of the city of Hail. Her village of Al-Khita is known for its fertile farmland, but beekeepers in general are scarce.

Al-Shimmari moves her beehives around different locations so bees have access to athel, sidr and talh flowers, known for their attractive color and plentiful nectar.

“Beehives are heavy, and it needs two people, but I manage to relocate them during different seasons to collect nectar from special plants and flowers. That means I can get a variety of honey types,” she said. 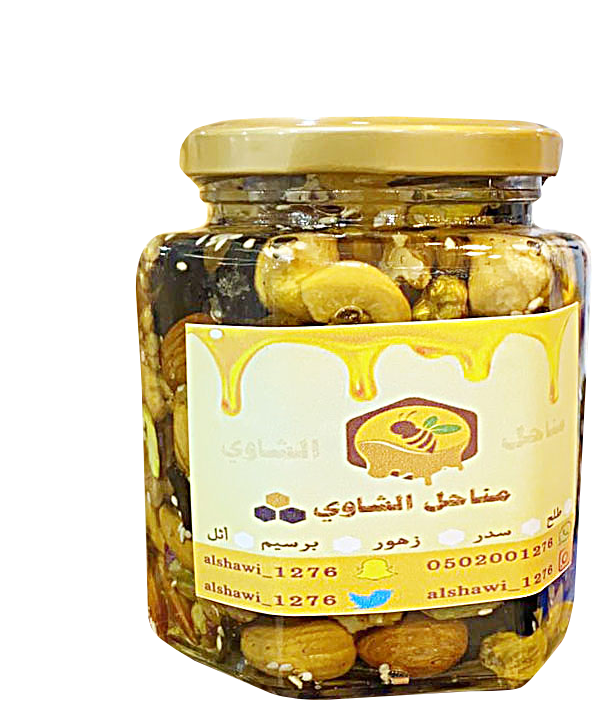 Her working day starts at dawn when bees begin leaving their hive and searching for nectar.

“I also have my farm, where I keep all my hives and where many types of flowers are planted for bees to get nectar, including citrus trees, clover, roses, climbing plants and grape vines. Bees also get nectar from neighbors’ fruit trees.”

Meanwhile, the “Beekeeper of the North” dreams of expanding her business with hundreds of hives, and adds that she still draws inspiration from the Kingdom’s first female apiarist, Hanaa Al-Alamai, from Rijal Alma in the southern Asir region.

Al-Shimmari was the only woman among 33 beekeepers who took part in the 2021 Hail Honey Festival in early November. The festival helps apiarists market their products and increase investment opportunities, and also delivers a substantial financial return for local beekeepers and producers.

“I am so happy because of all the support that I have received during the festival from my fellow beekeepers, visitors and officials. My talent can be seen and recognized by everyone, so I hope to meet their expectations and more,” she said.