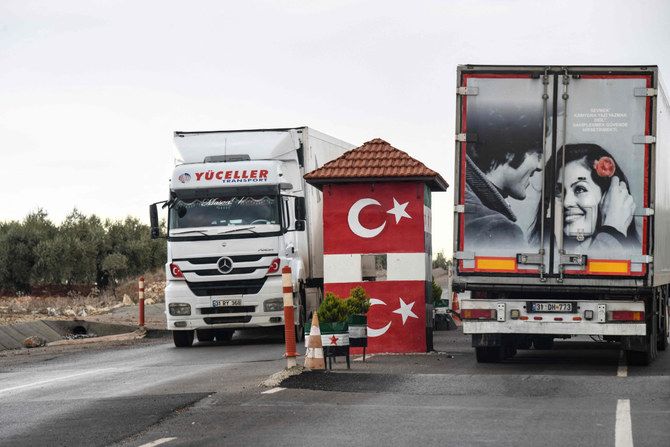 Saudi-Turkish alignment is key to a solution in Syria

Qatar is reported to be trying to arrange a meeting between Saudi Crown Prince Mohammed bin Salman and President Recep Tayyip Erdogan of Turkey, signaling a potential rapprochement. Saudi-Turkish coordination is essential to break the status quo in Syria and push for a sustainable solution.
At one time, Turkey wanted to break away ideologically from the Arab and Muslim world, and was more focused on developing relations with West. This changed with the ascent to power of the Justice and Development Party, the AKP, which viewed the Arab and Islamic world as giving Turkey its historical depth, and sought to engage with Arab countries.

This new worldview led Arab Gulf countries to heavily invest in Turkey, which they saw as a counterbalance to Iran. Erdogan came to power with his strategist Ahmet Davutoglu, who created the foreign policy doctrine of maintaining good relations with all Turkey’s neighbors. However, relations with Gulf states began to sour with the Arab uprisings in 2011 and what Gulf countries saw as Turkish support for the Muslim Brotherhood. This deterioration had a direct effect on the conflict in Syria.

From the beginning of the conflict, Saudi Arabia coordinated its policies with Ankara and all support to the opposition went through Turkey. In 2016, the North Thunder military exercises in Saudi Arabia, with the participation of 20 Arab and Islamic countries under Saudi leadership, sent a clear message that the Kingdom would not compromise on stability in the region. Later, Saudi Arabia sent aircraft to the Incirlik base Turkey, which some speculated was the prelude for an incursion into Syria.

That moment was a missed opportunity to end the war in Syria. Unfortunately, from there the relationship went downhill, starting with the attempted coup in Turkey in July 2016, followed by the boycott of Qatar in which Ankara sided with Doha against Saudi Arabia, the UAE, Bahrain and Egypt — and then the tragic and complicated Khashoggi incident. The tension arising from all those issues negatively affected any coordination on Syria to the benefit of Russia, Iran and Bashar Assad.

Now, however, the defeat of the Brotherhood in Morocco — with the Development and Justice Party’s parliamentary representation slashed from 125 seats to 12 after elections in September — offers proof that its narrative is no longer appealing to the masses. This showed Turkey the futility of supporting the group, and came as a relief to Arab Gulf countries. Thus, with the main point of contention gone, Saudi Arabia and Turkey will surely realize the common interest they have, and that rapprochement is key to containing Iran and ultimately finding a solution in Syria.

We must remember that after the North Thunder exercises, Russia quit Syria, with President Vladimir Putin claiming that Moscow’s mission to eliminate Daesh terrorism had been accomplished. Unfortunately, when “thunder” did not result in rain, Russia returned to Syria more determined than ever, and Assad and Iran felt emboldened.

A critical moment and a golden opportunity had been lost. Now, however, with the possibility of Turkey and Saudi Arabia coming closer together, the opportunity arises again. Russia finds itself in a “no war, no peace” scenario in Syria. They are stuck with Assad, whose loyalty they very much doubt and who the international community cannot accept. Without international acceptance Russia will not be able to benefit from reconstruction funds, but Moscow has invested so much politically and financially that it cannot simply walk away.

Today, Turkey is in a precarious situation in Syria. After his resignation from the Trump administration at the end of 2018, former US special envoy Brett McGurk wrote a long article in which he suggested that the war would end in in a deal between Assad and the Syrian Democratic Forces. If this comes to pass, now that McGurk is the key person on Middle East policy in the Biden administration, then Turkey is in deep trouble because Assad’s main target after such a deal would be Idlib.

Thus, more than ever before, Turkey needs Saudi assistance. Equally, with no real breakthrough in talks in Iraq with the Islamic Republic, the Kingdom surely understands that Turkey is needed as a counterbalance to Iran. Despite all the speculation that Saudi Arabia would normalize relations with the Assad regime, its position on Syria has not changed; the Saudi envoy to the UN said clearly last week that the war was not over and that Assad could not dismiss UN resolutions.

The days when the opposition almost defeated Assad were the days when Turkey and Saudi Arabia coordinated on Syria, and there will be no solution unless they do so again. The Kingdom has an opportunity to bring Turkey to its side. Rising oil prices, along with Turkey’s acute economic crisis and desperate need for hard currency, give Saudi Arabia financial leverage. Now is the time for the Kingdom to step in and help Turkey while aligning Erdogan with its regional policy, and Syria should be the first subject for coordination.

A Turkish-Saudi rapprochement would strengthen the opposition and put pressure on the Assad regime. Also, when Moscow sees Riyadh and Ankara united, they will realize that they have a strong opponent they can’t confront and that they need to compromise. Putin will back down on his maximalist demands and agree to negotiate a solution to end the war, even if it entails removing Assad or replacing him with another pro-Russia figure.
Add Comment