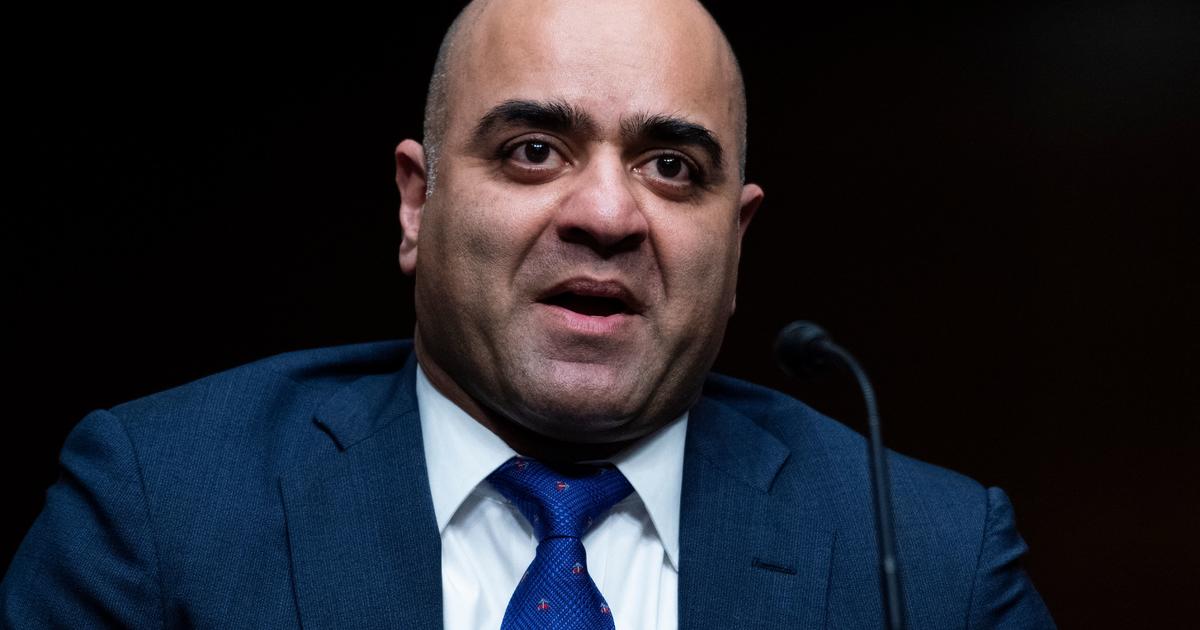 The Senate on Thursday approved the historic nomination of Judge Zahid Quraishi to the U.S. District Court in New Jersey, making him the nation's first Muslim-American federal judge.
Quraishi received bipartisan backing from the upper chamber with its 81 to 16 vote to confirm him to the federal court in Trenton. The Senate Judiciary Committee approved his nomination with bipartisan support last week.

Quraishi has served as a U.S. magistrate judge since 2019 and, before his appointment, was a partner at Riker Danzig. He also worked as a federal prosecutor in the U.S. Attorney's Office in New Jersey for five years and as assistant chief counsel at the Department of Homeland Security. Quraishi served in the U.S. Army Judge Advocate General's Corps and deployed to Iraq in 2004 and 2006.

Mr. Biden announced Quraishi as part of his first group of judicial nominees at the end of March, which included several picks, him included, who would make history if confirmed by the Senate. The upper chamber began this week approving Mr. Biden's candidates to the federal bench with the confirmations of Julien Neals to the U.S. District Court in New Jersey and Regina Rodriguez to the federal District Court in Colorado.

The Senate also advanced the nomination of Judge Ketanji Brown Jackson to the U.S. Court of Appeals for the District of Columbia Circuit, considered the nation's second most powerful court. Jackson is widely considered to be a frontrunner for the Supreme Court if a vacancy were to arise. Progressive groups have been pressuring Justice Stephen Breyer, the oldest member of the court's liberal bloc, to retire and allow Mr. Biden to name a successor.

Mr. Biden has pledged to name judges to the U.S. courts who are diverse both in their backgrounds and professional experience. In addition to Quraishi's history-making confirmation, Judge Florence Pan would be the first Asian-American woman on the district court in D.C. if confirmed, and Judge Lydia Griggsby would be the first woman of color to serve as a federal judge in Maryland if her nomination is approved by the Senate.

The president has also included in his judicial nominations candidates who have worked as public defenders, considered by legal groups to be underrepresented on the federal bench.

There are more than 80 current vacancies on the U.S. district and appellate courts, and another 30 seats will open in the coming weeks and months. Mr. Biden has announced more than a dozen nominees to the federal courts and said Tuesday he is on track to have confirmed the most judges by July of the first year of a president's first term in more than 50 years.

Senate Majority Leader Chuck Schumer on Monday pledged the Democratic-led Senate "will swiftly and consistently confirm" Mr. Biden's nominees to the federal bench, "bringing balance, experience and diversity back to the judiciary."

The focus from Democrats on judicial appointments follows the unwavering commitment from Senate Republicans across former President Donald Trump's only term to approve his nominees to the federal courts.

In all, the GOP-controlled Senate confirmed more than 230 of Mr. Trump's picks to the nation's trial and appellate courts, as well as three of his nominees to the U.S. Supreme Court, reshaping the federal judiciary.
#donald trump
Add Comment