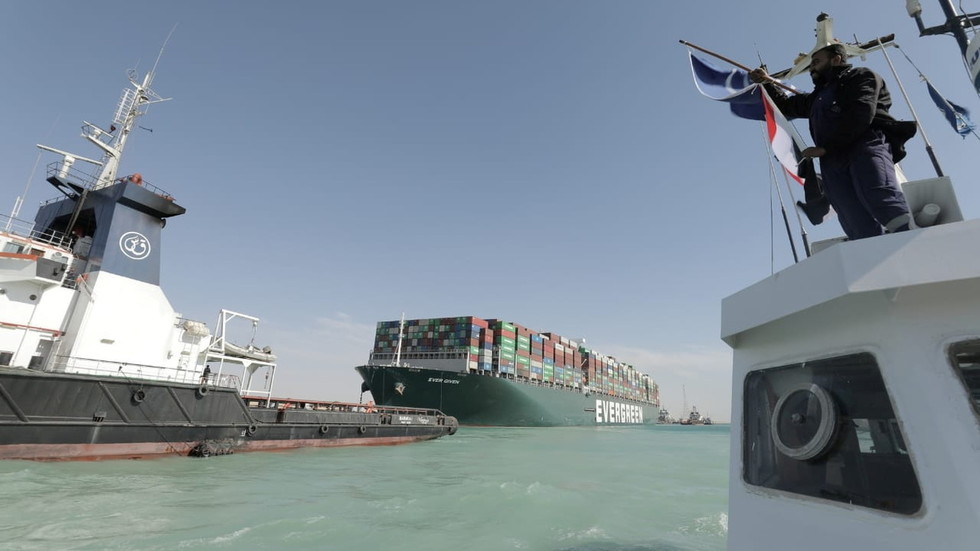 The chairman of the Suez Canal Authority has said the state-owned organization, which controls the vital waterway, is considering expanding the canal where the Ever Given became stranded and blocked the trade artery for a week.
“Our procedures are sound, we are just aiming to improve the service,” Osama Rabie, chairman of the Suez Canal Authority (SCA), told Reuters on Tuesday, as he confirmed that the body would look at expanding the southern section of the waterway.

Rabie said the organization was also looking at procuring new equipment, including cranes that could offload cargo at heights of up to 250 meters (820 ft), and tugboats.

“We will try to get two more tugboats, with pulling power of more than 200 tons – 250, 280, depending,” Rabie said, adding that the SCA will continue to take ships the size of the Ever Given and will have improved capacities to deal with future logistics challenges.

Regarding the Ever Given, one of the world’s largest cargo ships, which was freed from the banks of the canal after it blocked the waterway for nearly a week, Rabie said the SCA had the necessary data and would investigate the incident. “We are talking about two or three more days, God willing. But we won’t take much time,” he said, adding the ship would be able to travel against once procedures have been completed.

On Tuesday, the vitally important maritime trade route was blocked again – this time for approximately two hours – as the M/T Rumford experienced engine problems while traversing a narrow stretch of water in the Suez Canal. The SCA told Reuters that the issue had only lasted about 10 minutes and “was fixed.”

Maritime tracking website Vessel Finder showed the M/T Rumford travelling north through the canal and approaching the end of the narrow passage where the Ever Given was stuck before coming to a halt. Their data indicates that the oil tanker was stationary for nearly two hours, between 8:14 GMT and 9:59 GMT.
Add Comment