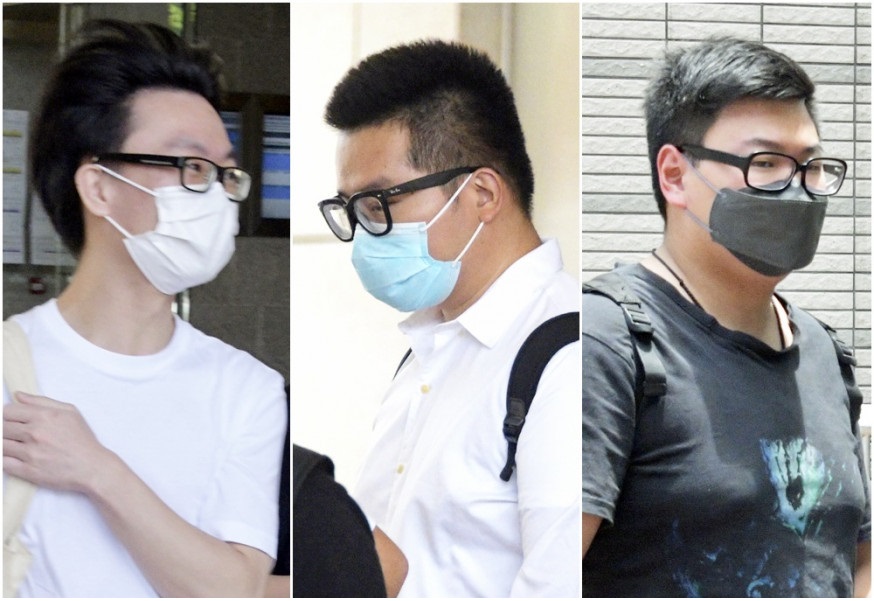 Three men were found guilty of rioting on Saturday, after police arrested them when dispersing crowds who supported protesters at Hong Kong Polytechnic University during the social unrest.
Two other men were also arrested by police during the operation. The five were charged with taking part in a riot on Nathan Road in Jordan on November 18, 2019.

Kwok, Ting and Choi were found guilty of riot. Lo and Yiu were acquitted of the charge.

Judge Lily Wong Sze-lai slammed the plea of the trio as ridiculous, who said they were at the scene for a meal, waiting for public transport and observing the scene out of curiosity.

Wong said from the location they were at, their clothing and gear, the trio can at least incite other protesters to cause disruption.

As for Lo and Yiu, they were found at a back ally on Pak Hoi Street, which was far away from the scene of the riot. Therefore they were acquitted of the riot charge.

Kwok and Yiu on the other hand were found guilty of possessing offensive weapon with intent. Only Lo has been released today. The other four are remanded in custody.

Judge Wong will hand down sentences for the four on September 25.
Add Comment