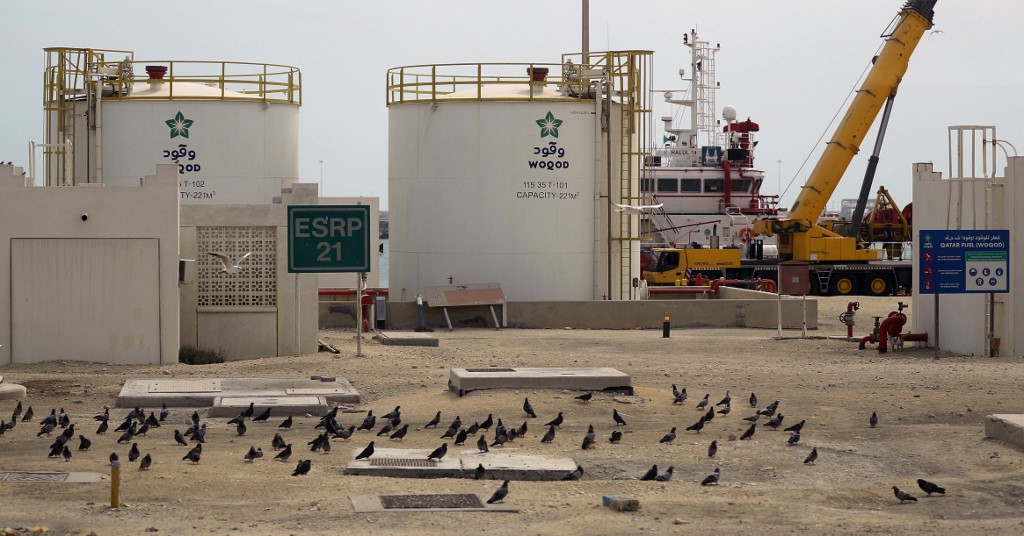 The UK has held talks with Qatar over the Gulf state becoming a gas supplier “of last resort” should Europe’s energy crisis continue.
Prices across the world have jumped in recent weeks over wide-ranging increases in demand coupled with a reduction in exports from Russia.

It added that four tankers had been re-routed to the UK from Qatar in recent weeks, which is the world’s largest exporter of liquefied natural gas.

A government source told the FT: “The Qataris have indicated a willingness to agree longer-term supply deals to deliver …  gas to the UK in an emergency scenario — a sort of ‘supplier of last resort’ arrangement.”

But a government spokesperson told the FT the UK had not “requested or secured any additional shipments from the Qatari government," adding that it held “regular discussions” with “key energy partners around the world” ahead of more challenging winter months.

The head of Scottish Power warned in October that as many as 20 UK energy suppliers were at risk of going out of business before the end of the year as a result of the energy crisis. Nineteen have so far gone bust since September, following the collapse of CNG Energy earlier this week.

UK energy regulator Ofgem said last week that it may have to step in to alter price cap rules on energy to prevent more companies going under.

“In order to protect the interests of consumers, we must ensure that the regulatory frameworks, including the price cap, fully reflect the costs, risks and uncertainties facing the supply companies we regulate,” it said.
#boris johnson  #johnson
Add Comment