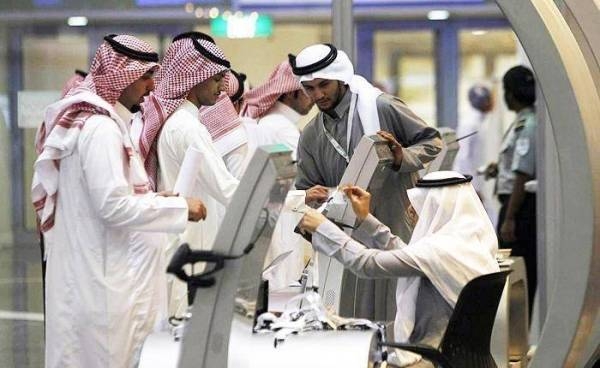 The unemployment rate in Saudi Arabia has decreased to 11% in Q4 of 2021, thanks to the direction and follow-up of Crown Prince Mohammed Bin Salman, Minister of Finance Mohammed Al-Jadaan said.
Al-Jadaan stressed, during a statement on the occasion of Eid Al-Fitr, that the Saudi government continues to achieve a consecutive series of successes in order to achieve the goals of the Kingdom's Vision 2030.

Al-Jadaan stressed that Saudi Arabia has recorded several notable achievements, including providing job opportunities through a series of programs and initiatives, and increasing the investment flow.

The high pace of implementation of major projects is also among the Kingdom’s most prominent achievements, Al-Jadaan said, adding, that the continued improvement of the services and the quality of life is also a success for Saudi Arabia.

Al-Jadaan indicated that the Kingdom has received high international appreciation, praised by the International Monetary Fund (IMF) for the report of the Article IV consultations and the financing methods taken by Saudi Arabia to confront the COVID-19 pandemic, which contributed to the stability of the Kingdom's economic situation.

The Ministry of Finance's keenness to raise the efficiency of government contract management and the percentage of government agencies’ commitment to implementing their budget, as well as reducing their non-performing contracts, has successfully reflected on enabling the private sector to submit and pay its financial claims, he said.

Al-Jadaan renewed his pledge to continue his work and double his efforts to make the Saudi economy among the largest economies in the world during the next few years.
#COVID-19  #Covid
Add Comment