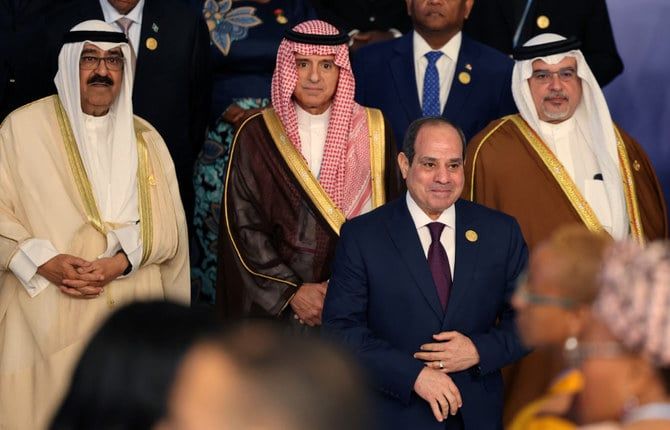 African and Caribbean leaders demanded more funding and technical support from wealthier nations in the battle against global warming in a range of speeches at the UN Climate Change Conference in Egypt, or COP27.

“Multilateral support is out of reach for a majority of the world’s population due to lending policies and conditionality. We need a clear road map to deliver on the Glasgow decision to double adaptation financing by 2025,” said Ramaphosa, referring to last year’s COP26 summit in Scotland.

At the opening of this year’s conference, participating nations agreed to include the issue of “loss and damage” in the main agenda for the first time ever.

Speaking to Arab News on the sidelines of the summit, Adel Al-Jubeir, the Saudi envoy for climate affairs, stressed that the response to climate change must be based on science and not emotions. 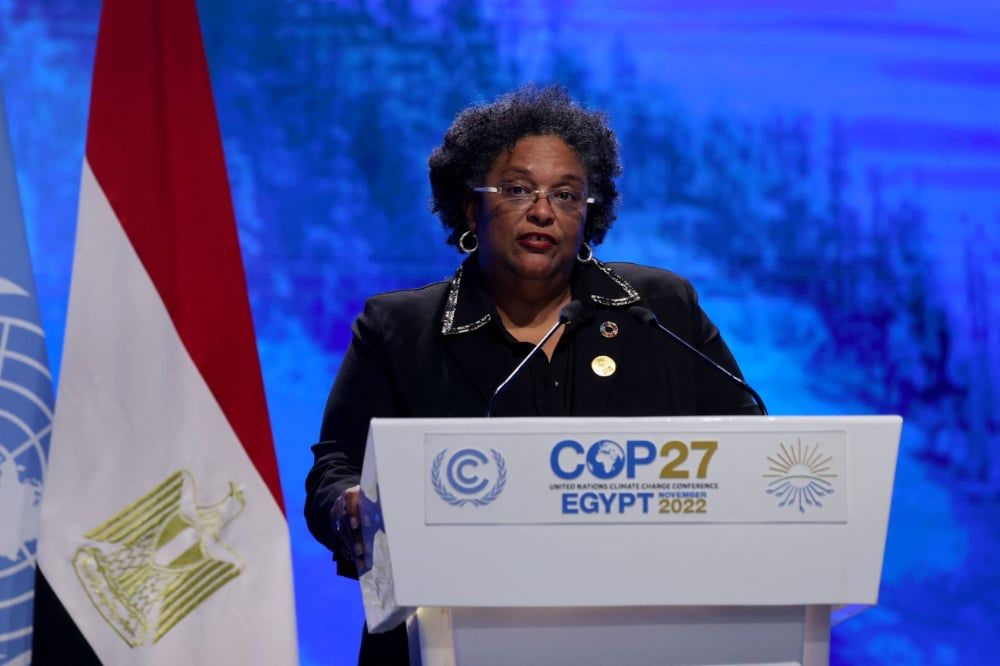 Prime Minister of Barbados Mia Mottley called for a 10 percent tax on oil companies to fund loss and damage.
“Saudi Arabia has always maintained that discussions with regard to climate change need to be based on logic and science, rather than emotions, because we believe that there are solutions to these challenges. If we put our minds together and put our resources together and implement them, I would say that Saudi Arabia’s actions speak for themselves.”

Addressing the issue of renewable energy, Al-Jubeir said the Kingdom’s dedication to becoming the world’s largest exporter of green hydrogen demonstrates its commitment to environmental well-being.

“We plan on being the largest exporter of green hydrogen in the world. We want to make sure that we not only contribute but that we contribute effectively to dealing with the challenges of global change,” he said.

He added that the launch of the Saudi Green and Middle East Green initiatives are necessary actions taken to support action on climate change.

“Saudi Arabia has taken the lead in mobilizing the region through its Middle East Green Initiative, which is the most ambitious project in the world with regard to combating desertification and planting trees and shrubs in order to reduce carbon and increase oxygen production.”

Al-Jubeir also said the Kingdom has launched more than 60 initiatives to deal with environmental challenges, such as turning waste into energy, greening cities, and protecting and preserving 30 percent of the country’s land for natural habitat.

He said the scientific community was playing a key role in the initiative — something that marked it out from other organizations.

“Despite the primary responsibility of states and governments in this regard, other non-governmental parties must play complementary and supportive roles based on their responsibility and work towards the principles of cooperation and participation,” said El-Sisi. 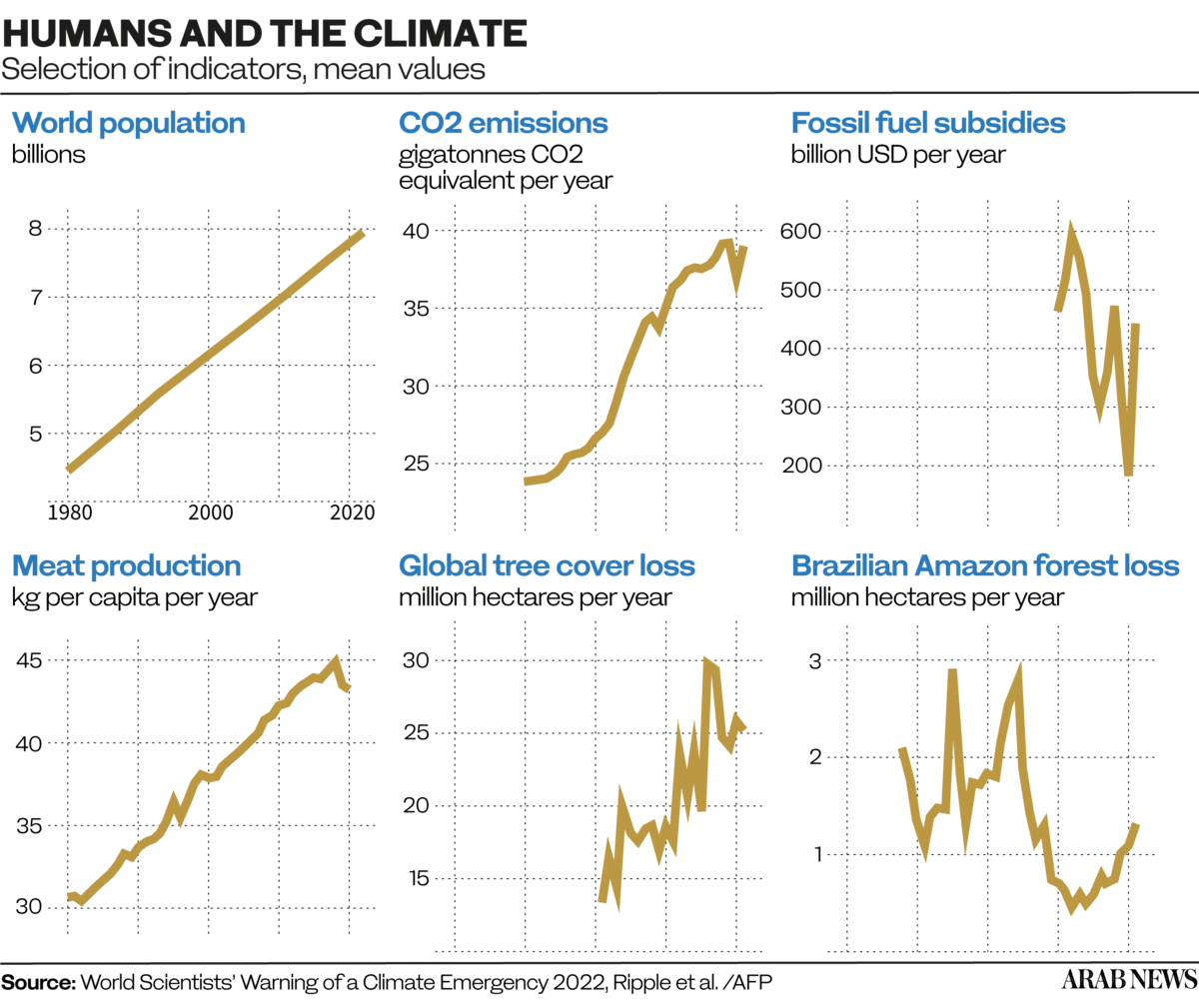 “What distinguishes the initiative (for) which we are meeting today from other initiatives and efforts is the scientific component that it encompasses, which is indispensable if we seek to align our climate change efforts with the best available science.”

El-Sisi said the region has witnessed severe climatic events in recent years, from forest fires to floods and torrential rains, which resulted in many human and financial losses.

“We have faith in the countries that can undertake this initiative within the framework of coordinating policies directed at climate change,” he said.

“This is a region that, as you know, is one of the most affected regions of the world by the consequences of climate change and its devastating effects at all levels,” he added.

In his COP27 address, Evariste Ndayishimiye, president of Burundi, said it is vital that African nations are given sufficient funding to help accelerate the energy transition.

“Burundi appeals to the UN and international financial institutions to create innovative financial mechanisms. These mechanisms should contain green bonds and large-scale financial guarantees,” he said.

He added: “No one will win if Africa loses.”

“Loss and damage should not be viewed through controversial lenses; it should be considered a decarbonization accelerator,” he said.

“We must establish a loss and damage response fund here. The adoption of the agenda item is just one step. We look forward to the establishment of funds by 2024.”

Browne, who was speaking on behalf of the 39-nation Alliance of Small Island States, also called for a windfall tax on oil companies to compensate developing countries for the damage caused by climate change-induced natural disasters.

“It is about time that these companies are made to pay a global COP carbon tax on these profits as a source of funding for loss and damage,” said Browne.

“While they are profiting, the planet is burning.” 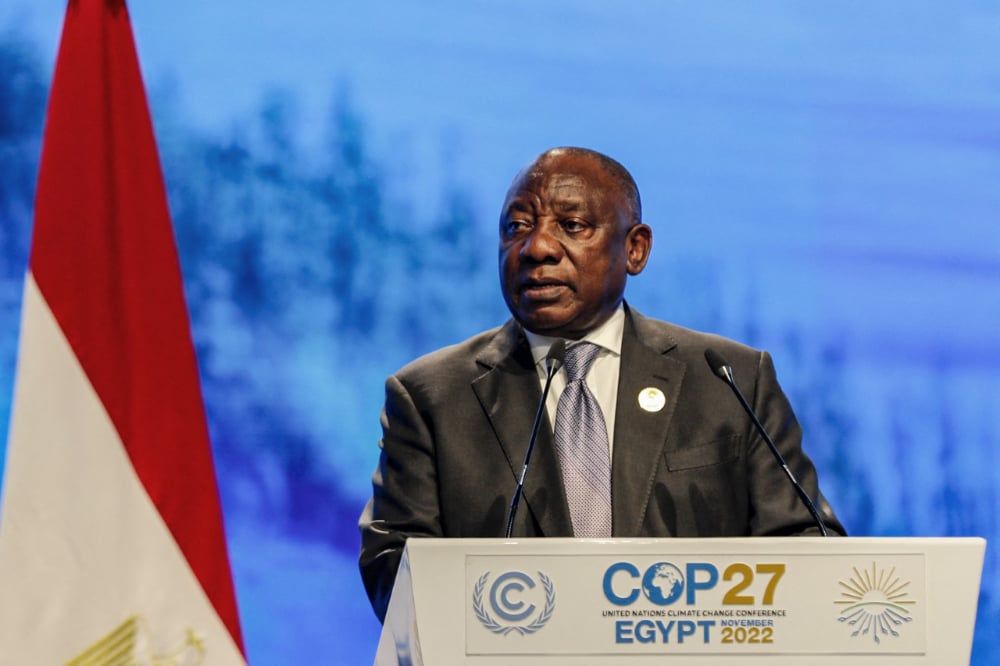 On Monday, Mia Mottley, prime minister of Barbados, called for a 10 percent tax on oil companies to fund loss and damage.

During Tuesday’s meeting of the Eastern Mediterranean and Middle East Climate Change Initiative, Abdul Latif Rashid, president of Iraq, said the time has come to take action on the climate.

“I think we have enough information, knowledge (and) technology to tackle these problems,” he said, highlighting the need for all countries to support an implementation plan and to provide solutions.

“It will take time to implement and secure the required finance. There are direct and indirect factors affecting climate, such as increase in population, which directly affects climate change,” said Rashid.

“We must get new systems with new technologies...to limit water waste in the future,” he added.

Nicos Kouyialis, the Cypriot minister of agriculture, said the Middle East region has been classified by the scientific community as a global climate change hotspot, adding that coordinated action is necessary.

“Action based on sound scientific knowledge is necessary to address climate change issues in the Middle East region,” he said.

Cypriot President Nicos Anastasiades concurred, adding: “I have no doubt that we will act with urgency, collaborate and coordinate, to ensure a better environment for the future.”

Kyriakos Mitsotakis, the Greek prime minister, said energy security remains a primary concern. “We spoke with Abdel Fattah El-Sisi about energy projects to ensure a more efficient energy transfer, not only for use in the region, but for export to the European market,” said Mitsotakis.

Meanwhile, Bisher Al-Khasawneh, Jordan’s prime minister, pointed to the repercussions on the environment, food and population due to climate change.

“They are increasing daily and foretelling a catastrophe in the future,” he said. “That is why we must start an initiative to confront these consequences of climate change.

“Jordan pledges to abide by and take all measures for comprehensive solutions and to ensure green growth while implementing our national ambitions.” 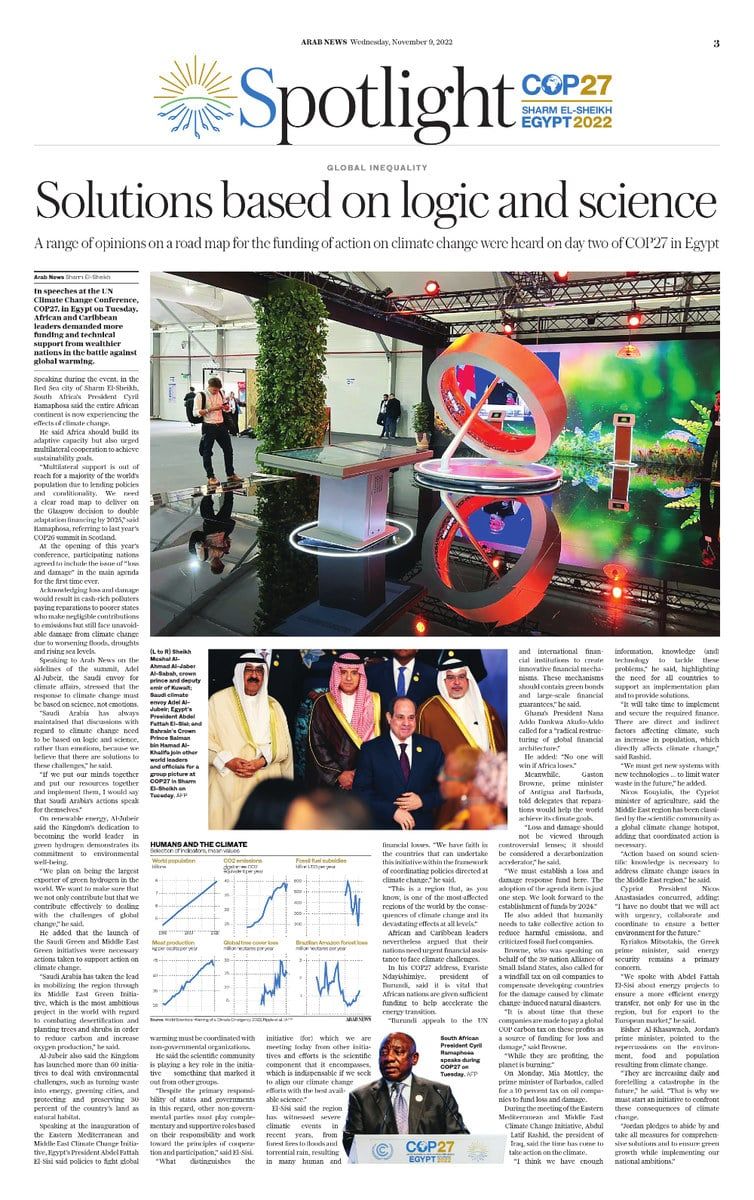