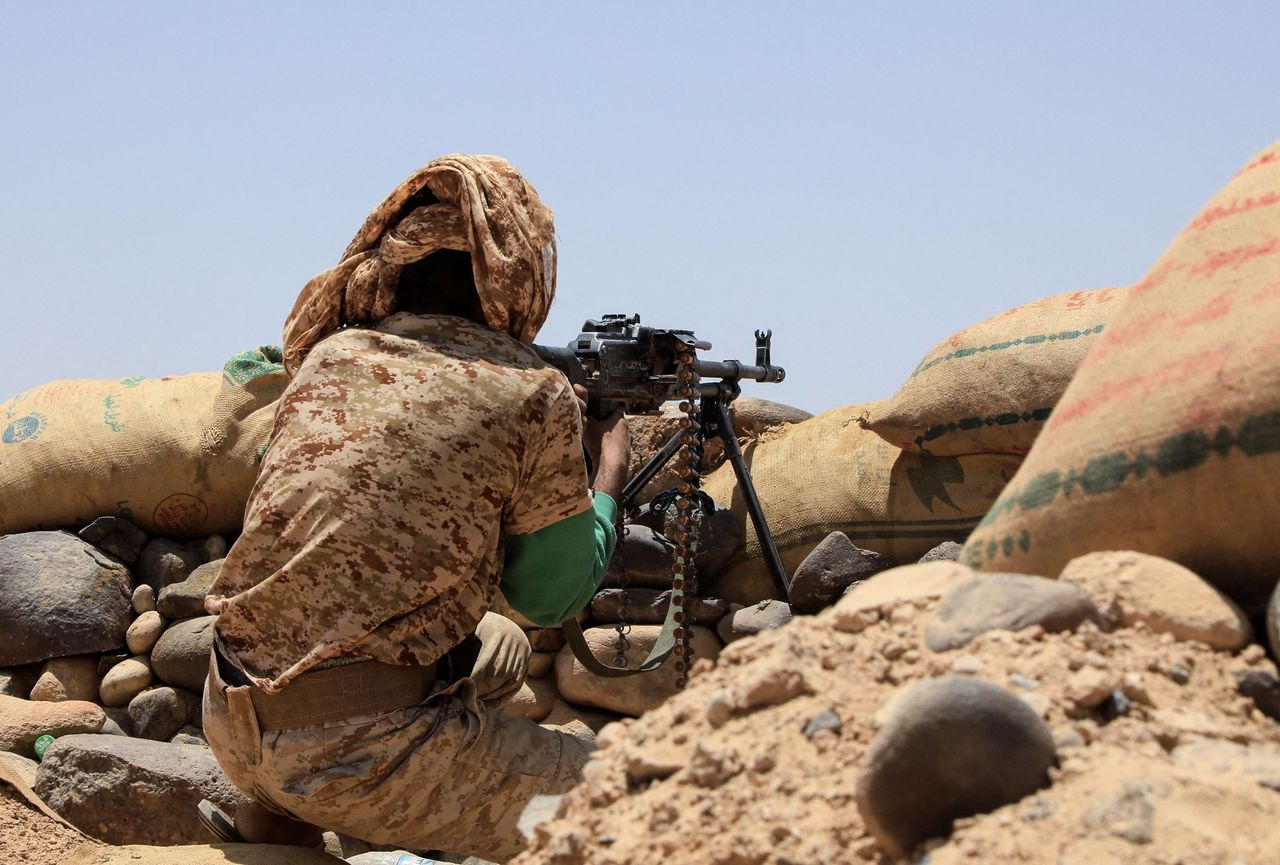 Months after clashes between Yemeni Ansarullah movement and the Saudi-backed mercenaries in Ma'rib and despite Saudi-Emirati airstrikes and deployment of al-Qaeda militants to put the brakes on the rapid advances of the Yemeni popular forces, the push to liberate the strategic city is nearing its end, as the President of the Supreme Revolutionary Committee Mohammed Ali al-Houthi said Ansarullah and the Yemeni army are now at the city's doorsteps.
Meanwhile, while war may intensify as the Saudi side is opposing peace and setting up roadblocks ahead of a solution, on Tuesday Ansarullah proposed to Aden and Riyadh a four-point plan to end fighting and teach a political settlement on Ma'rib control.

The second point proposes offering freedom of movement, releasing the abductees, compensating the damages, allowing return of the displaced, and avoiding attacks on civilians.

In the third point, Sana’a-based government asked for allocation of oil tanker revenues in Hudaydah for payments to employees.

In the fourth point Sana'a suggested that the gas supplying stations resume their work, other provinces be given their gas and oil shares, and a joint committee form to repair Safer-Rai Isa pipeline.

Why is Ma'rib control important?

Sana'a's extensive efforts to take control of Ma'rib and the Saudi coalition's strong pushback are indicative of the city's significance in determining the future of war. For Ansarullah, the ability to control Ma'rib more than anything else is a success in capturing the last stronghold of the opposition in the north. In addition to its location, which connects many of Yemen's trade lines, Ma'rib has the largest power station in Yemen and a wealth of natural resources, especially with 90 percent of its oil and gas resources.

In 2015, the local officials loyal to the resigned President Abdrabbuh Mansour Hadi, under Saudi pressures, declared that they separated their financial system and operations from Sana'a and that the local branch of the central bank stopped delivering oil revenues to the central bank headquarters in Sana'a.

Now that Sana'a is facing economic problems and a lack of financial resources to run and manage the economy of the areas under its control, controlling oil and gas revenues of Ma'rib can solve some of these problems, especially it can help with paying the delayed state employees' salaries. But now and while Ansarullah has the upper hand and can completely control the city, for a set of reasons Sana'a chooses diplomatic procedures to settle the crisis.

First, Ansarullah after months-long clashes figured out that prolonged battle for Ma'rib can undermine the advances south and westward.

Second, in recent years Ma'rib had turned into a refuge for massive people fleeing the clash spots. This increases the warring sides' responsibility in the war. In just four years, its population has increased 50 percent, making Ma'rib a large and bustling city. According to local officials, the city's population has grown from about 40,000 to more than 1.5 million. Many refugees have been housed in dozens of large, temporary camps at the foot of the mountains, increasing the vulnerability of civilians to war.

Third, Ansarullah's missile and drone strikes have left destructive effects on the Saudi economy. This makes the Yemeni revolutionary movement optimistic that Riyadh rulers in the near future will accept their terms and deliver oil incomes to Sana'a. Also, Sana'a is aware of fissures between the Saudis and some Ma'rib tribes and these conflict points and governance challenges can easily turn the tide to Ansarullah favor. Some of tribal leaders in Ma'rib are dissatisfied with the local officials' performance and sometimes their discontentment results in clashes with security forces.

Tribes often accuse local officials of belonging to the Islah Party, a branch of the Muslim Brotherhood in Yemen. Officials deny the allegations, noting that most of their leaders, including the governor of Ma'rib, are members of the People's General Congress, the political party of the slain President Ali Abdullah Saleh.

Fourth, there is also disagreement among the Ma'rib tribes. Outside the city, for example, there are dozens of historical sites, including the throne of the Queen of Sheba, the Temple Awaam and the old Ma'rib Dam, as the most famous relics of Yemen's ancient civilizations. Weak governance and tribal conflicts over the ownership put these places in a grave situation.

When Ma'rib future scenarios are contemplated, two scenarios are highly likely: The city will fall to Ansarullah or the diplomatic efforts to solve the crisis will succeed.

For Ansarullah, the first scenario means strengthening central government and undermining the enemy’s economic pressures. After all, Ma'rib would give the government in Sana'a all the resources to settle the financial troubles in the areas under the revolutionaries. For Hadi and Saudis, losing Ma'rib means a fatal blow to their political and military conditions, especially at a time the Southern Transitional Council (STC) is building its power and mobilizing its resources in the south.

The second scenario is accepting Sana'a conditions that would be because of Ansarullah's military pressures and success of Oman's mediatory efforts. Under this scenario Sana'a by wresting concessions from the opposite side can somehow neutralize the economic pressures, widen the division in the opposite camp, and also shore up its legitimacy at home and abroad as Yemen's legal government.

There no doubt that Yemen's fate is tied to battle for Ma'rib. The results of this battle influence the future struggle for welfare in the war-ravaged nation. What is not yet clear is that how Yemen and its leaders will shape the battle.
Add Comment