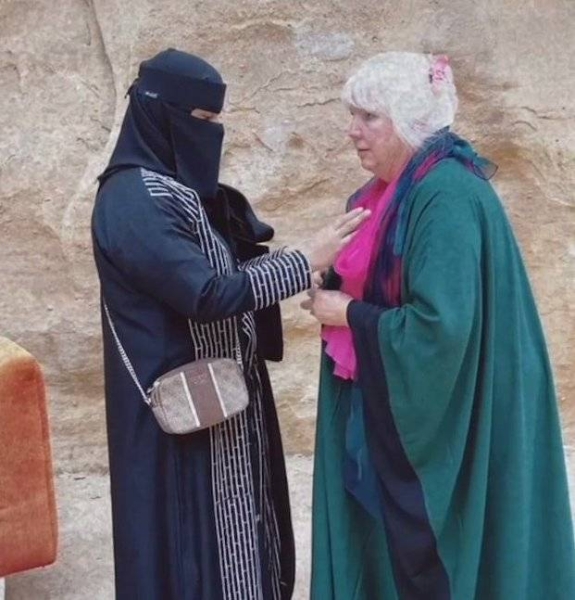 An emotionally charged foreign woman tourist cried out in joy when a Saudi tourist guide made her wish turn into reality in a unique act of love and humaneness in AlUla governorate.
Afaf Al-Balawi, the guide, bought an abaya with similar design to her abaya when the tourist had expressed her wish to have a similar one.

Al-Balawi recalled that she met the tourist in one of the public squares in AlUla governorate last Tuesday.

“The tourist told me that she liked the abaya that I was wearing, especially its beautiful embroidery work. Instantly, it struck me as a fantastic idea to buy a similar one and present her as a gift,” Al-Balawi said.

Al-Balawi added that she immediately rushed to a store selling abayas and bought an abaya of the same design.

“The elderly tourist woman could not control her feelings when I put the abaya on her. She was overjoyed and broke down in tears.”

Al-Balawi said that what she had done was a humanitarian initiative on her part. “We are Saudi people and this is part of our morals,” Al-Balawi added.
Add Comment