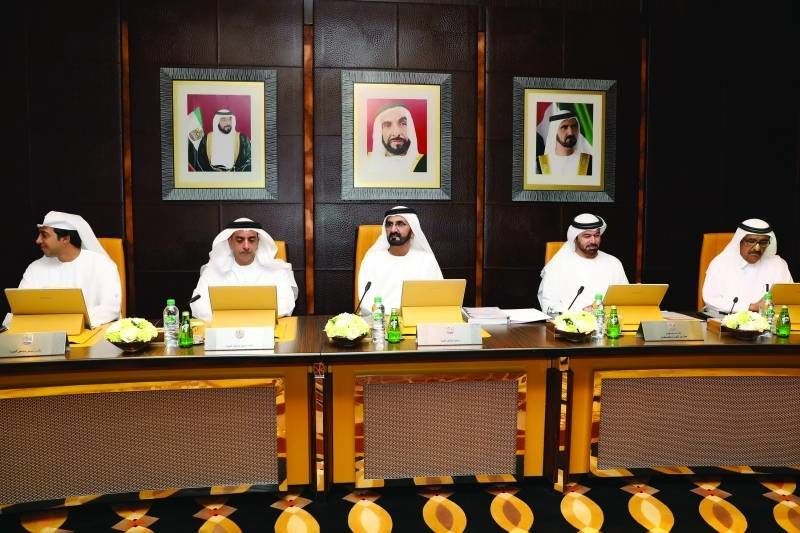 1 trillion dirhams, the budget of the governments of Mohammed bin Rashid until 2026

The government of the United Arab Emirates, under the leadership of Mohammed bin Rashid, redefined government budgets, created budgets and opened new doors for government resources, in line with the spirit of the times, especially in establishing tax authority and entering the world of consumption tax. Diversify resources.

Approximately one trillion dirhams, the total budgets over the 20 years of the Mohammed bin Rashid governments, including the five-year budget until 2026, including 750 billion dirhams between 2006 and 2021.

In October 2021, the Cabinet of Ministers, headed by the Vice President, Prime Minister and Ruler of Dubai Sheikh Mohammed bin Rashid Al Maktoum, approved the General Budget for the year 2022-2026; This is the first such five-year federal budget in the Arab world, approved by the Council, with a total growth of 290 billion dirhams, 17.2% compared to the 247.3 billion dirhams for the 2017-2021 budget. It is estimated that in October 2016 ministers will spend 247.3 billion dirhams.

Sheikh Mohammed bin Rashid Al Maktoum, Vice President and Prime Minister of the United Arab Emirates and Ruler of Dubai, and Sheikh Mohammed bin Rashid Al Maktoum, Ruler of Dubai, wanted to prepare a budget for a period of 5 years. Focuses on raising the level of social services and smart government services and increasing the percentage of customer satisfaction in the federal government’s efforts to provide well-being, prosperity, happiness and security to members of the community.

When launching the five-year budget in 2017, he said: “We strive to provide all the means and capabilities to meet the needs of our vision for the future government and to make it one of the best governments in the world in its various fields. Improving and giving them a decent life.

And after approving the Federation’s General Budget for the years 2022-2026; At the Cabinet meeting chaired by His Highness Sheikh Mohammed bin Rashid Al Maktoum, Vice President and Prime Minister of the United Arab Emirates and Ruler of Dubai, at Expo 2020 Dubai, he promised that the UAE would move forward as it enters its new fiftieth year. Clear national priorities based on 50 principles are a new mechanism supported by a flexible federal budget that keeps pace with changes and improvements; He said: “We will enter the new fiftieth federal year with hope, optimism and global ambition. We have approved a new approach to public service in the future. Faster government. In strategic areas, projects and programs are not standard. On the contrary, projects and field efforts. ” On that day, he advised all government and private companies and groups in the country to work together and focus on change plans and priorities and future initiatives as they are considered as a comprehensive and integrated national framework. Prioritize sectors and pursue achievements to increase the competitiveness of the state. Speaking at a meeting on October 13, 2021, he said: “Today the federal budget has been adopted … and the new approach to public service has been adopted … the message is that we are moving towards bigger, better and more. Beautiful federal years, God willing … and renewal is the year of life … and renewal is the secret of superiority. “UAE”.