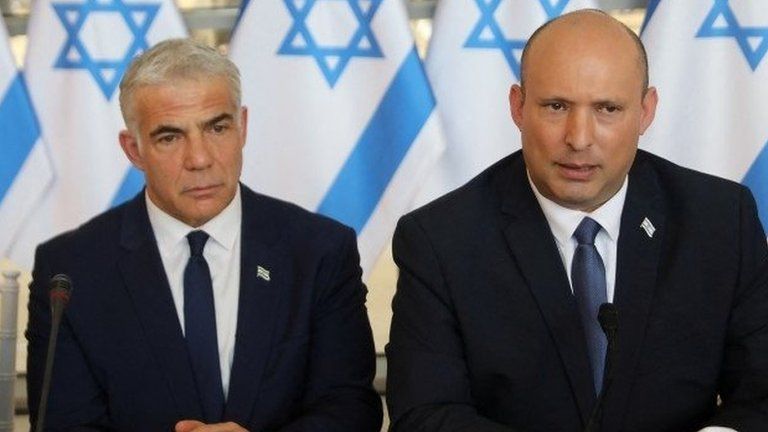 2022 (Naftali Bennett and Yair Lapid government) the worst year in terms of number of Palestinians killed by Israel: government

Most Palestinians will remember Naftali Bennett and Yair Lapid short term government (2022) as a painful year in terms of the scale of human loss, the increase in Israeli aggression, and the election of an extreme right-wing Israeli government that will further deny them their rights. Ibrahim Melhem, spokesman for the Palestinian government, told Arab News that 2022 was “the worst year in terms of the high number of Palestinians killed by the Israeli army.” According to official figures, 225 people were killed in the West Bank and the Gaza Strip over the past 12 months.
However, Melhem believes there is cause for optimism thanks to Arab and international solidarity with the Palestinian cause, which was most publicly displayed at the FIFA World Cup in Qatar.

He also said that international organizations had demonstrated a better understanding of the demands and rights of the Palestinian people.

Ahmed Ghuneim, the leader of the Fatah movement in Jerusalem, told Arab News that the most positive occurrence in 2022 was the emergence of a new generation of Palestinian resistance fighters represented by the Lions’ Den group in Nablus and similar brigades in Jenin, Balata, and other areas.

Palestinians claim that the Israel Defense Forces have changed their rules of engagement in recent months, making it acceptable to open fire when they feel threatened and shoot to kill, even if they could easily just injure the attacker.

Sixty percent of the Israeli armed forces currently operate in the West Bank, where 26 combat and 86 reserve battalions are deployed. “There is a soldier to guard every settler,” Palestinians comment sarcastically.

Israeli officials expect a further deterioration in the security situation in the West Bank in coming weeks and an increase in the number of attacks on Israeli army forces and settlers, which will likely mean a rise in the killing of Palestinians.

On a happier note, Palestinians welcomed a vote by the United Nations General Assembly requesting that the International Court of Justice provide an opinion on the legal consequences of Israel’s occupation of the Palestinian territories including Jerusalem. At the assembly, 87 states voted in favor of the resolution, 26 opposed it, and 53 abstained, a result widely considered by Palestinians to be a victory for Palestinian diplomacy.

Presidential spokesman Nabil Abu Rudeineh said the vote was “evidence of the whole world’s support for our people and their inalienable historical rights.”

He said in a statement that President Mahmoud Abbas thanked all countries “that stood by Palestinian rights and all parties that worked to make this decision a success.”

Abu Rudeineh said the time has come for Israel to be held accountable for its ongoing crimes.

“The world must shoulder its responsibilities and implement the resolutions of international legitimacy, and everyone must stop the double standards,” he said.

He added: “We strongly believe that justice based on international resolutions and the absence of impunity is the only way to achieve lasting peace in Palestine, Israel, and the entire region.”

“This means there are no negotiations on whether this is occupied land,” Palestinian government spokesperson Melhem told Arab News.

“No conditions will be imposed on Palestinians in exchange for Israeli withdrawal,” he added.