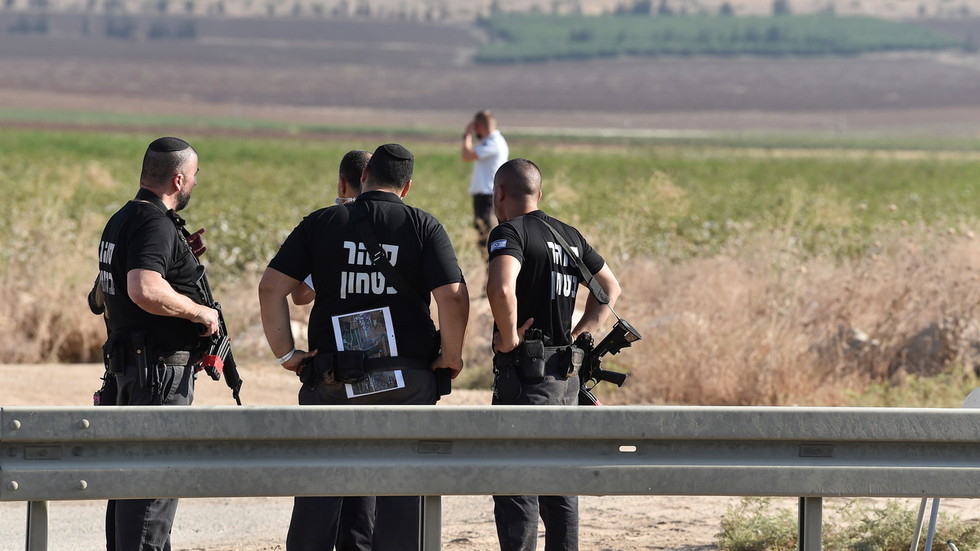 4 Palestinian militants captured by police after escaping from Israeli prison by tunnel earlier this week, 2 remain at large

Israeli police have caught four of the six Palestinians who pulled off a daring escape from a high-security prison earlier this week through an underground tunnel dug from their cell.
Fugitives Zakaria Zubeidi, the former leader of militant group Al-Aqsa Martyrs’ Brigades, and Mohammed al-Arida were detained at a parking lot in the early hours of Saturday near the northern town of Shibli-Umm al-Ghanam, Israeli media reported, citing police.

The Times of Israel quoted a local resident as saying that the Palestinians were found hiding under a wheel of a truck.

Police had earlier recaptured Yaquob Qadiri and al-Arida’s elder brother Mahmoud. The men were spotted in the northern town of Nazareth late Friday.

Reports said police were tipped off by locals who saw the fugitives digging through trash, apparently searching for food.

Qadiri and Mahmoud al-Arida are members of Palestinian Islamic Jihad, a militant group that has carried out terrorist attacks against Israel.

Al-Arida was reported to have been the mastermind behind the daring escape from Gilboa Prison on Monday. The inmates fled through an underground tunnel dug from a shower basin in their cell. Two men remain at large.

Defense Minister Benny Gantz said on Friday he was confident that all fugitives will be captured. “Ultimately, we will get our hands on the people who escaped. There are intelligence and operational leads and I am sure we will catch them,” he said.
Add Comment