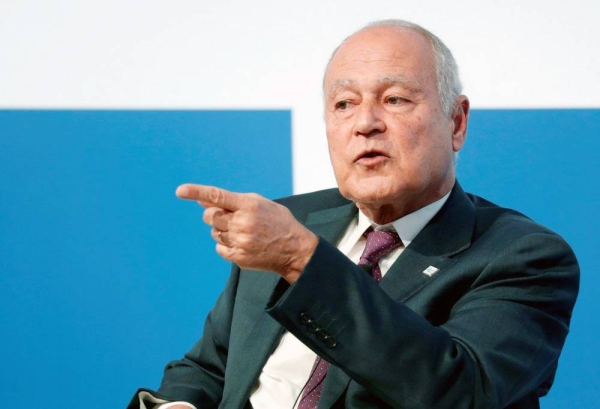 Aboul Gheit tells Iraq: You are not alone in fight against terror

Arab League Secretary General Aboul Gheit said on Saturday that Iraq has suffered enough over the past decades and paid a high price though risky adventures and conflicts that disrupted its progress and its march to prosperity, stressing that Iraq is not alone in the fight against terrorism.
At the Baghdad Conference for Cooperation and Partnership, Aboul Gheit added that Iraq has fought an honorable war against terrorism since 2014 in defense of the value of civilization and humanity.

He noted, “Today we all gather here in the city of peace to tell Iraq that it does not stand alone in this battle and the bloodshed is precious blood for all of us.”

Aboul Gheit believed that the state of regional tension and polarization had harmed Iraq, deprived it of benefiting from its potential and plunged it into a cycle of security and political dilemmas and economic and social challenges.

He pointed out that currently Iraq is seeking to build new relationship with the region based on mutual benefit, respect and cooperation, which is commendable trend that reflects positively on the overall relations in the region and opens up areas of economic cooperation.

He added everyone wants Iraq to become a country free of conflicts, a bridge of communication, and that it does not become an arena for fighting, but rather a space for reconciliation.

He said that the region faces common challenges and its countries can achieve a lot if they agree on critical issues that form the basis fro stable relations anywhere in the world.
Add Comment