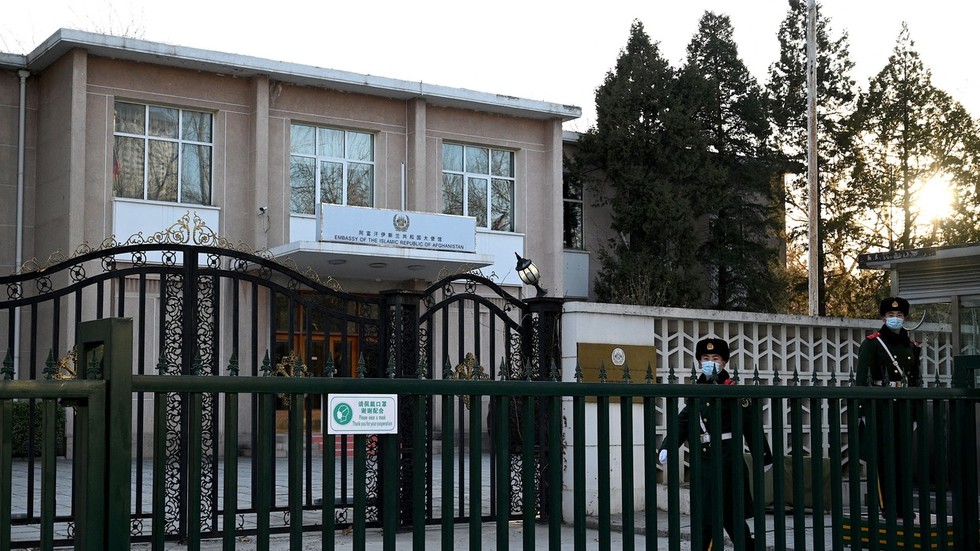 Afghanistan’s envoy to China steps down after months without pay

The envoy of the now-defunct US-backed Afghan government to China has announced his resignation, signaling the impending takeover of the mission by a Taliban official.

The resignation was announced by the now former envoy in a brief Twitter statement on Monday.

The diplomat, Javid Ahmad Qaem, also shared a handful of farewell photos from the mission.

“The end to an honorable responsibility: I quit my job as Ambassador. It was an honor to represent Afghanistan and my people. There are many reasons, personal and professional, but I don’t want to mention them here,” the diplomat said.

The diplomat also posted a “handover note,” dated January 1, listing the funds and equipment left at the embassy. The mission has been left without funding over the past six months, with only some $100,000 left in its account, according to the note. The facility also has five cars – two of which are only fit for scrap – with the keys sitting at the envoy’s office. All the local staff were paid up to January 20, after which their jobs “are finished.”

The note also signals an impending takeover of the mission by a new ambassador. Qaem did not reveal the identity of his successor, naming him only as “Mr. Sadaat.”

Many of the mission’s diplomatic team have already left their posts, with the embassy expected to be empty by the time Mr. Sadaat arrives. No timeframe for the arrival of the new head of the mission has been officially provided.

“The diplomats assigned by the Republic were not interested to continue after 15th August 2021. Therefore, many of them took leave and left China. I believe when the new person assigned, Mr. Sadaat, arrives to Beijing, there will be no other diplomat left,” the note reads.

Dozens of Afghanistan’s diplomatic missions were left in limbo after the collapse of the country’s US-propped government of President Ashraf Ghani and the rapid takeover by the Taliban last August. Multiple missions took an openly hostile stance toward the new rulers of Afghanistan, insisting that they have continued to represent the collapsed government that originally sent them in. With the Taliban government still remaining unrecognized worldwide, the diplomatic limbo is apparently set to continue for an unknown period of time.