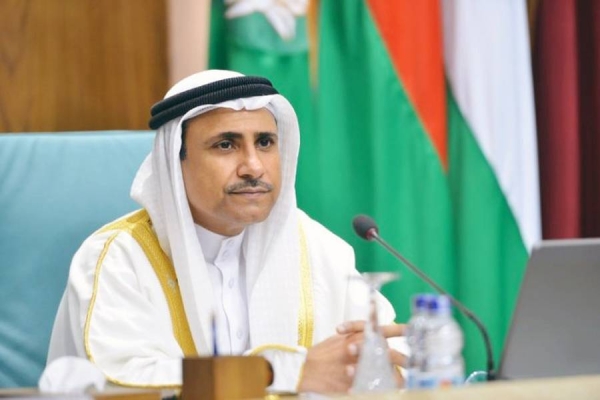 The Arab Parliament speaker Adel Bin Abdul Rahman Al-Asoumi welcomed the outcomes of Baghdad Conference for Cooperation and Partnership, stressing that it represents an important step towards strengthening internal stability in Iraq and mobilizing economic and political support for it, as well as helping it to restore its effective and influential regional role.
In Saturday's statement, Al-Asoumi praised the contents of the final statement of the Baghdad conference, especially with regard to rejecting foreign interference in Iraq's internal affairs, and supporting the Iraqi government's efforts to strengthen state institutions, as well as the need to unify efforts regionally and internationally, which would positively reflect on the stability and security of the region.

He also praised the great efforts made by Iraq to host the Arab, regional and international gathering in this important conference, which will have a major role in restoring security and stability in the region, supporting political solutions to all existing crises, reducing tension and supporting the construction and development process, reiterating the support of Arab Parliament to hold the Iraqi parliamentary elections scheduled for next October.
Add Comment