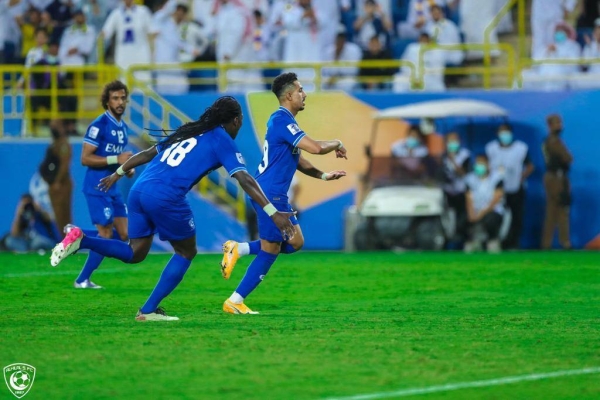 Al-Hilal qualified for the AFC Champions League final for the second time in three years after defeating Al-Nassr 2-1 in the semifinals in Riyadh on Thursday.
Moussa Marega scored the first goal for Al Hilal in the 17th minute after a brilliant pass from the French Bafétimbi Gomis with a powerful shot from close range by Walid Abdullah.

Al-Nasr played the entire half with ten players after Marega’s violent intervention in the first half, after defender Ali Lakami was sent off with a direct red card.

Despite the lack of numbers, five minutes after the break, Brazilian striker Anderson Taliska equalized for Al-Nasser with a powerful header from a corner kick.

Saudi international Salem Al-Dosari chased the ball into the net in the 71st minute and succeeded in bringing Al-Hilal back to the front with a sudden shot.
Add Comment