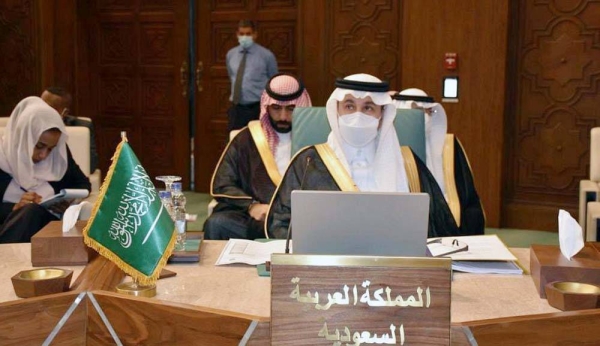 Minister of Transport and Logistic Services Eng. Saleh Bin Nasser Al-Jasser has stressed that Saudi Arabia has attached great attention to the transport and logistics services sector, adding that the National Strategy for Transport and Logistics Services has recently been adopted in the Kingdom.
The minister, speaking during the opening session of the 34th session of the Council of Arab Transport Ministers, which kicked off in Cairo Tuesday, said that this strategy aspires to consolidate the status of Saudi Arabia as a global logistic hub and a model for comprehensive transport, targeting to be 10th at the international level in terms of the logistic services indicators, and aims at enhancing the contribution of the sector to the GDP to more than 10% by 2030.

Eng. Al-Jasser pointed out that the strategy has focused on developing the infrastructure through planning a set of major projects in all transport patterns so as to increase their capacities and enhance regional integration and connection, which includes the land bridge connecting the Red Sea with the Arabian Gulf, as the strategy also seeks to launch several logistic platforms across the Kingdom.

He added that the strategy targets improving the quality of life in the Kingdom of Saudi Arabia through reducing the rates of accidents and deaths to less than 8 deaths per 100,000 persons, increasing the public transport share in cities to more than 15% and reducing carbon emissions by more than 25% of the current rate.

Eng. Al-Jasser concluded by calling on Arab ministers of transport to enhance joint action and implement the recommendations issued by the meetings of the council in a way that serves all member states.The 34th session of the Council of Arab Transport Ministers began at the Arab League under Jordan’s presidency. The session includes the participation of Arab ministers of transport, heads of delegations and Assistant Secretary General and Head of the Economic Department at the Arab League Ambassador Kamal Hassan Ali.

The agenda of the session covers a number of topics, including supporting the Palestinian economy, discussing the report of the first meeting of the technical committee supervising the implementation of the Arab agreement to regulate passenger land transport between and across the Arab States, and a proposal to establish a comprehensive Arab e-platform for transport.

The agenda also includes ways of financing a comprehensive feasibility study for a project to establish an Arab database to support the shipbuilding and repair industry in Arab countries, as well as recent trends in applying artificial intelligence (AI) in transport and logistics and their future in the Arab region.

It is also scheduled that the current session's work will include the election of members of the Executive Office of the Council of Arab Transport Ministers for a two-year period.
Add Comment