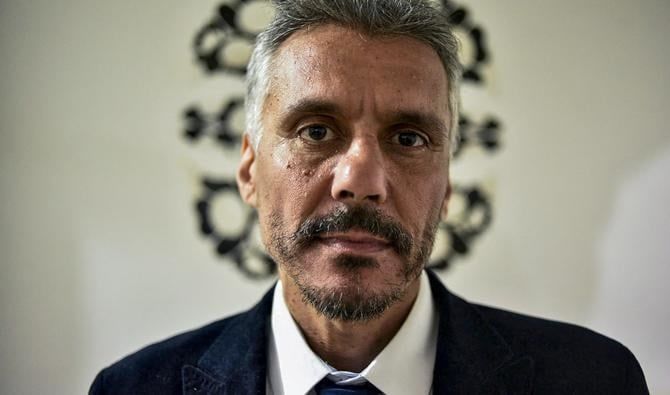 An Algerian businessman and activist imprisoned for urging a boycott of the country’s 2019 presidential election was released Wednesday, a rights group said, after he announced this month he would quit politics.
Rachid Nekkaz was released on “humanitarian grounds,” the National Committee for the Liberation of Detainees said on Facebook.

Nekkaz had unsuccessfully tried to stand as a candidate in the 2019 poll.

In a letter from prison published on his Facebook page on January 2, Nekkaz said he had written to President Abdelmadjid Tebboune the previous month to “officially” inform him of his decision to “give up politics in Algeria.”

Nekkaz said in the letter he would dedicate himself “exclusively” to writing, his family and addressing health issues.

He had previously been jailed between December 2019 and February 2021 for “incitement to violence on social media,” where he has a large following.

The French-born Nekkaz was arrested again in May 2021 and last year sentenced to five years in prison.

Despite having renounced his French citizenship, he had been ruled ineligible to run in 2019 because of a law banning candidates who had ever possessed a nationality other than Algerian.

Instead, he put forward his cousin, a mechanic by trade, who has the same name.

Tebboune, a former premier under long-time ruler Abdelaziz Bouteflika, won the 2019 elections after mass protests forced his predecessor to resign.

His government has banned demonstrations by the Hirak pro-democracy movement and stepped up legal proceedings against opponents, activists, journalists and academics.
#Facebook
Add Comment