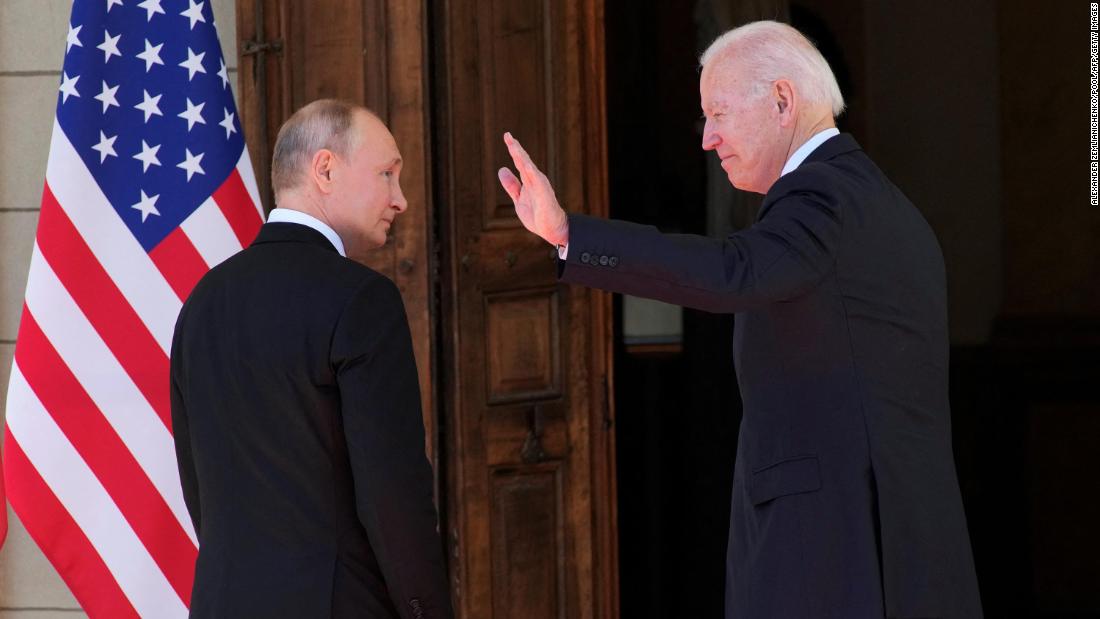 Even before US President Joe Biden met with Russian counterpart Vladimir Putin, expectations were low.

Beyond some basic commitments on reinstating diplomats and agreeing to open "constructive" dialogue with the US on issues like cyber security and foreign policy, Putin gave no indication that the two leaders' first face-to-face meeting on Wednesday had compelled a change of heart. No number of friendly words, it seems, will stop the Russian leader from continuing to forcefully pursue his political agenda both at home in Russia and abroad with near total impunity.

Despite saying at the top of his press conference that he didn't think there was "any kind of hostility" between himself and Biden, Putin launched into a familiar diatribe of anti-US whataboutism to deflect criticism of the Russian Federation. 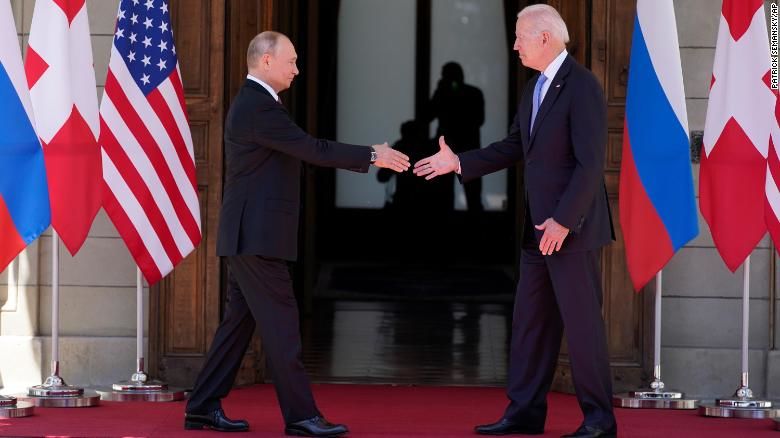 When asked by CNN about cyber-attacks on US institutions coming from Russian soil, Putin brought up cyber-attacks on Russia. "As far as cyber security is concerned, we agreed that we would begin consultations on that issue and I believe that it is extraordinarily important. Obviously, both sides have to assume certain obligations there," he also said.

Probed on Russian domestic politics, Putin repeatedly criticized America's stability and moral standing, pointing to the January 6 Capitol riot and killing of George Floyd. For many black people in America "you don't have time to open your mouth and you are shot dead," he said.

When asked about Russia's crackdown on domestic political opposition -- in particular the arrest of Alexey Navalny -- the Russian President even suggested that the well-known dissident actually wanted to get arrested.

"This man knew that he was breaking the law of Russia. He has been twice convicted ... He wanted consciously to break the law. He did exactly what he wanted to do. So what kind of discussion can we be having (about him)?"

On the subject of Russia's illegal annexation of Crimea, Putin claimed that his country's military activity in the region was entirely in line with international law, and that Americans in fact were the aggressor for "building up capabilities on the Russian frontier." On the sensitive matter of Ukraine joining NATO, he said there was "nothing to discuss."

Regular observers of the Russian president are accustomed to this level of confidence and dismissiveness. Putin is a man so secure in his absolute power at home that he can walk into a meeting with the most powerful person on earth with virtually nothing to lose. 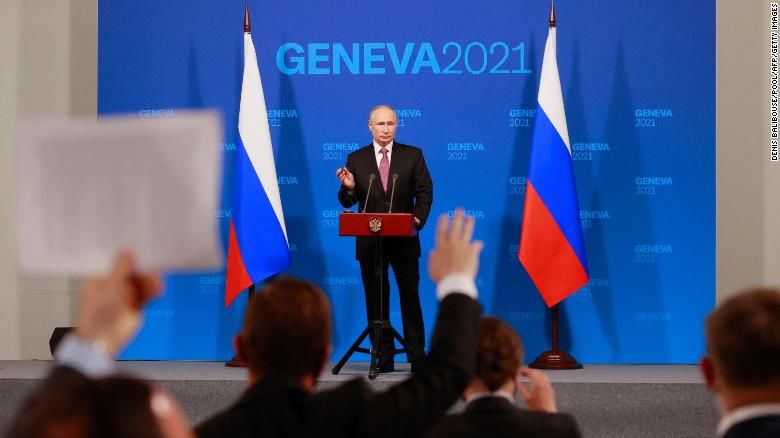 Russia's President Vladimir Putin holds a press conference after meeting with US President at the 'Villa la Grange' in Geneva on June 16, 2021.

What Putin walked away with

The optics of the summit were almost tailored to suit Putin's domestic needs. The meetings were requested by the US, which as far as the Kremlin is concerned, confirms that Putin is a leader of similar stature to the US President.

"This is exactly what the Kremlin wants. To talk to the US as equals and in such a way that the other side does not demand a change of position as a condition of dialogue," says Oleg Ignatov, Crisis Group's senior Russia analyst based in Moscow.

"There is no doubt that Putin will continue to test Biden if the dialogue deadlocks or develops in a direction that is disadvantageous to Moscow. This is not yet the beginning of the normalization of relations. It is a pause in their further deterioration," he adds.

However counterintuitive it might be for Putin to poke the US President in the eye later down the line, the Russian president's every action is done with a view to how it will play for him domestically. 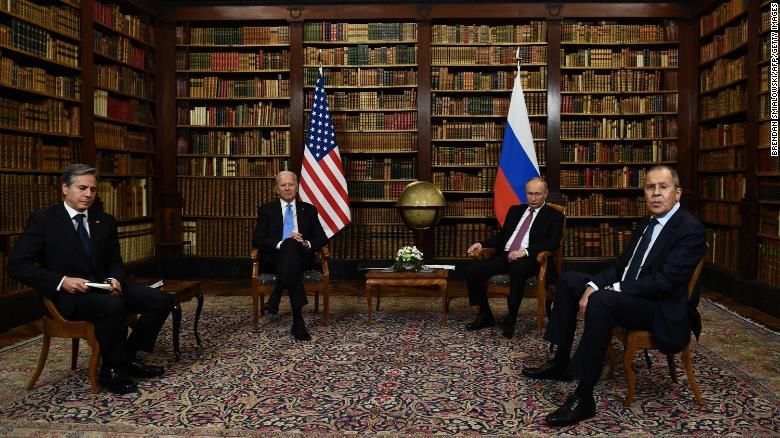 Keir Giles, Senior Consulting Fellow, Russia and Eurasia Programme at Chatham House, points out that standing up to the US has been a large part of Putin's success at home.

"His robust response both to softball questions from tame Russian media and to challenges from foreign journalists will win points at home from those Russians who share his conviction that it is the West who is the dangerous, unpredictable, aggressive partner in the relationship," he says.

Of course, Wednesday's events also play into a longer narrative that has taken hold over the past decade: the West, no matter how hard it talks on Russia, has been largely incapable of reining in Putin and his allies. In the eyes of Putin's opponents, there have been insufficient repercussions for a man who poisons political opponents, meddles in other countries' elections, supports the Syrian dictator Bashar al-Assad in bombing his own country, and annexed foreign territory.

In the eyes of many of his supporters, Putin's meeting with the US President will look like proof that Russia's top dog is entirely justified in his actions. They can argue that he has reasonably agreed to work with the US on big international issues like security and restored conventional diplomatic channels. And he managed to do so while highlighting the flaws in American society and defending his own.

The summit has also given Putin an opportunity to pause the fallout from deteriorating relations between Moscow and DC, as the US might now be reluctant to place additional economic sanctions on Russia or reprimand Putin for arresting dissenters at home. All of which could be useful when Russia holds parliamentary elections later this year.

In short, Putin went to Geneva and got exactly what he wanted. And he left Switzerland with a huge diplomatic victory, simply by turning up.