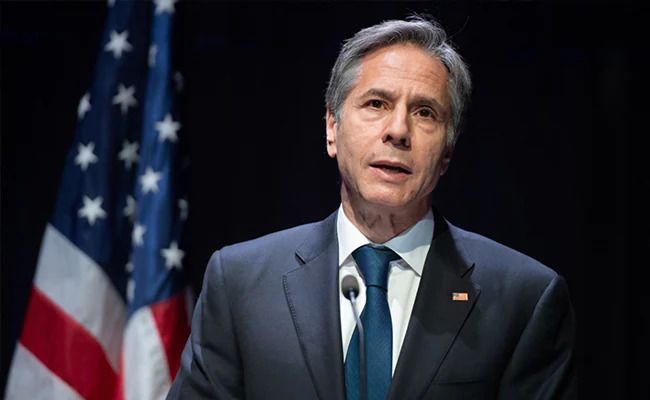 Antony Blinken Vows No 'Impunity' For Iran Over Ship Attack

Antony Blinken said the explosions in late July on the Israeli-linked MT Mercer Street were "part of a pattern of attacks and other provocative behavior."
US Secretary of State Antony Blinken on Monday renewed vows to punish Iran for allegedly attacking a tanker, saying the world cannot allow "impunity."

Speaking to a virtual Security Council session on maritime security, Blinken said the explosions in late July on the Israeli-linked MT Mercer Street were "part of a pattern of attacks and other provocative behavior."

"It is on all of our nations to hold accountable those responsible. Failing to do so will only fuel their sense of impunity and embolden others inclined to disregard the maritime order," he said.

Two crew members, from Britain and Romania, died in the blasts which the US military said were caused by drones built by Iran.

Iran has denied responsibility for the blast but analysts have described the operation as part of a shadow war between Iran and Israel which includes strikes on Tehran-linked sites in Syria.

Blinken, in a clear reference to Beijing, also criticized attempts to "intimidate and bully other states from lawfully accessing their maritime resources" in the dispute-rife South China Sea.

"Some may assert that resolving the dispute in the South China Sea is not the business of the United States or any other country that is not a claimant to the islands and waters," Blinken said.

"But it is the business -- and even more, the responsibility -- of every member state to defend the rules that we've all agreed to follow and peacefully resolve maritime disputes."
Add Comment