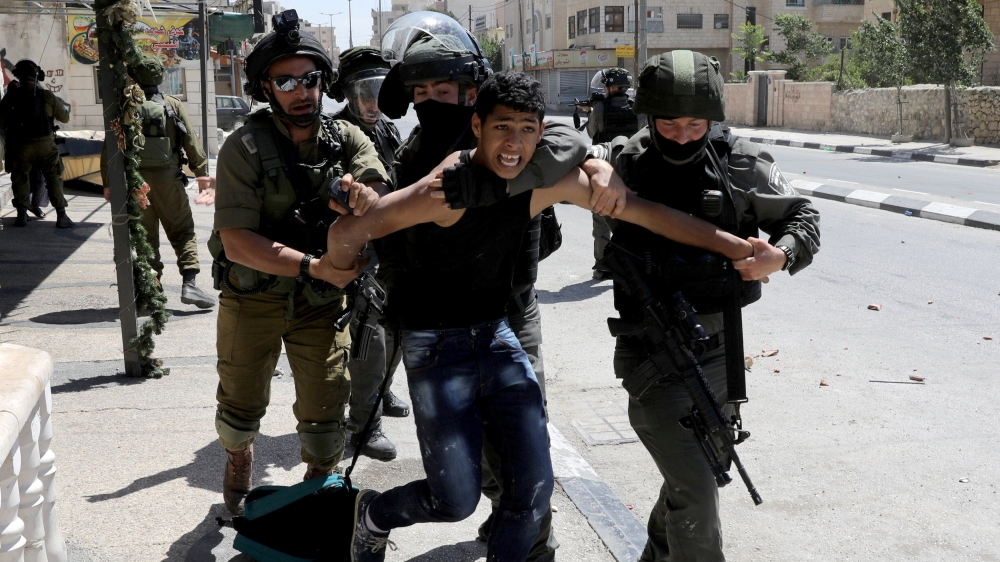 Around 600 Palestinians held by Israel without charge, group says

So-called administrative detainees are held based on ‘secret evidence’, and are held for renewable six-month periods.

Israel is holding around 600 Palestinian detainees without charge or trial, the highest number since 2016, an Israeli rights group said.

So-called administrative detainees are arrested on “secret evidence”, unaware of the accusations against them, and are not allowed to defend themselves in court. They are usually held for renewable six-month periods that often lead to years in detention.

While Israel says the procedure allows authorities to hold suspects while continuing to gather evidence, critics and rights groups say the system is widely abused and denies due process.

HaMoked said 2,441 Palestinians are currently serving sentences after being convicted in military courts. A further 1,478 detainees are being held for questioning, have been charged and are awaiting trial, or are currently being tried.

The Israeli military did not immediately respond to a request for comment on the latest figures. 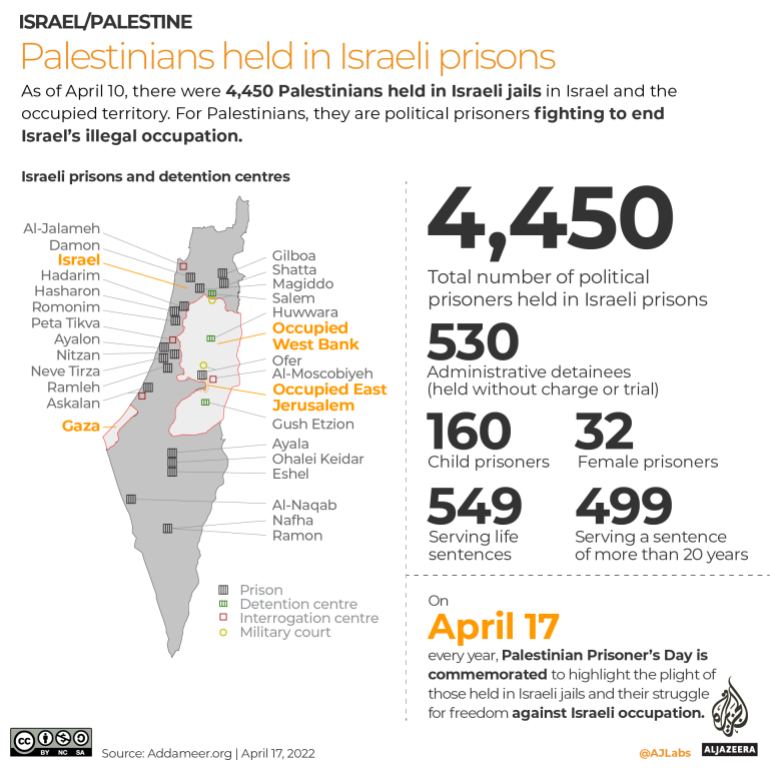 The last time Israel held this many administrative detainees was in October 2016 in the wake of a surge in attacks, including stabbings, shootings and car-ramming attacks carried out by Palestinians living under occupation and amid Israel’s illegal settlement expansion project.

Jessica Montell, the director of HaMoked, said attacks do not justify detaining hundreds of people for months or years without charge.

Several Palestinians in administrative detention have gone on prolonged hunger strikes in protest, with many developing lifelong health issues.

Administrative detainees and their lawyers have boycotted Israeli military court proceedings since the start of this year in protest. The courts are holding hearings without them, according to B’Tselem, another prominent Israeli rights group.

Detainees can appeal to a military court of appeals or Israeli’s Supreme Court, but rights groups say the courts overwhelmingly defer to the security establishment.

Israel captured the West Bank in the 1967 Middle East war and has established dozens of illegal settlements where nearly 500,000 settlers reside, often under heavy Israeli military protection. Settler attacks against Palestinians and their property are a regular occurrence.

Of the thousands of Palestinians held in Israeli jails, 160 are children and 32 are women, according to the latest figures published by prisoners’ rights group Addameer. Israel has for years held Palestinians in overcrowded prisons with poor hygiene standards, according to Addameer.

Some of the most severe prison policies to which Palestinians are subjected include medical neglect and the use of isolation for punishment.

Most Palestinians view all prisoners who are in detention as political prisoners because of the Israeli military occupation and their resistance to it.