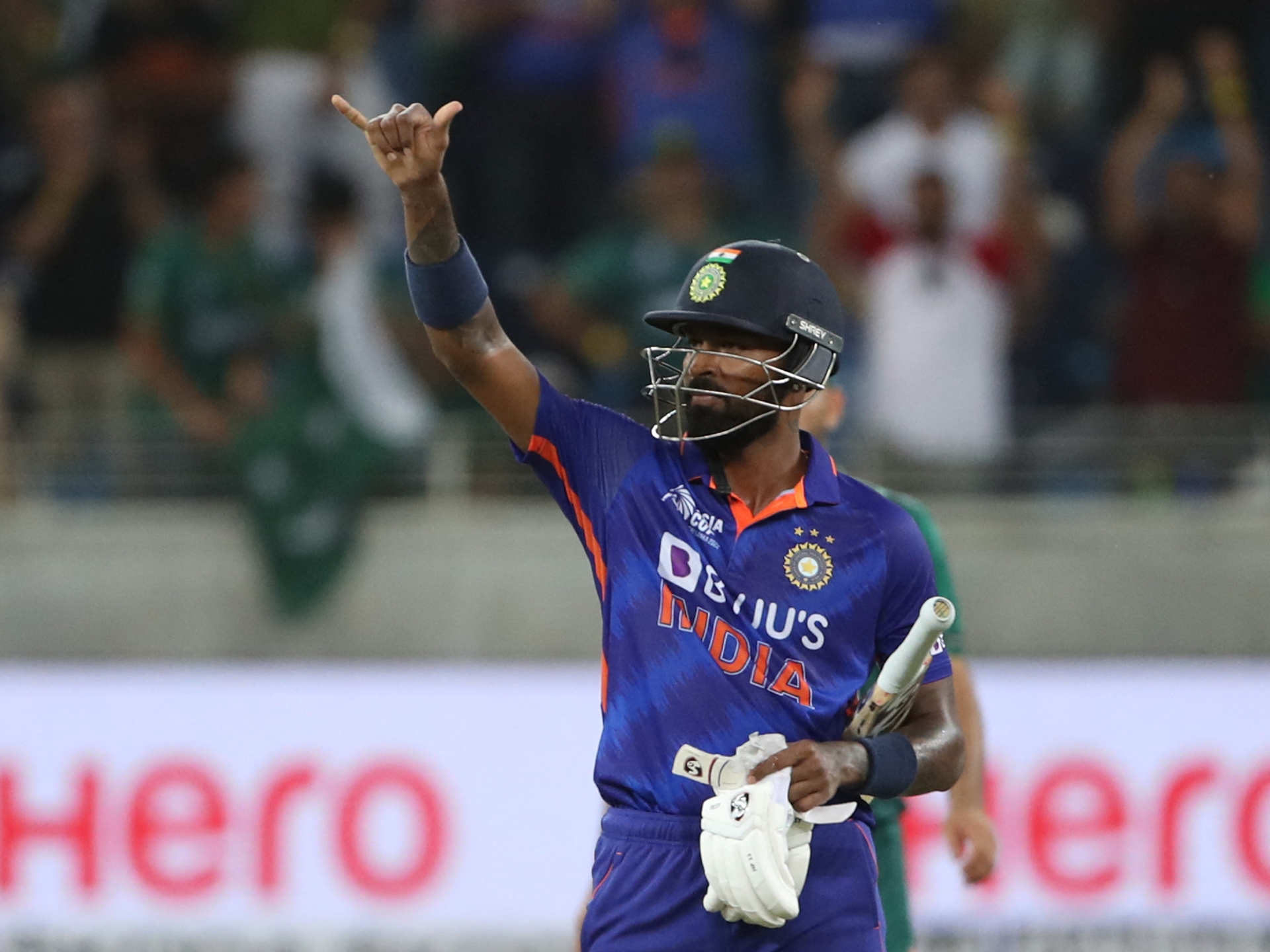 All-rounder takes three wickets and hits an unbeaten 33 as India beat Pakistan in a thrilling finish.

Chasing 148 for victory, Ravindra Jadeja, who hit 35, and Pandya put on a key fifth-wicket stand of 52 as India reached their target with two balls to spare on Sunday evening.

Earlier, Bhuvneshwar Kumar and Pandya shared seven wickets to set up victory for India in their opening match of the six-nation tournament after they bowled out Pakistan for 147, a late onslaught helping the side to that total.

Pandya, who returned figures of three for 25 with his medium-pace bowling, then stood calm to hit the winning six in a tense chase in the tournament, which acts as a tune-up for the T20 World Cup in October-November in Australia.

India, who lost their previous match to Pakistan by 10 wickets in last year’s T20 World Cup at the same venue, improved their win-loss record to 8-2 against Pakistan in Virat Kohli’s 100th T20 international.

Debutant pace bowler Naseem Shah stood out for Pakistan with figures of two for 27, but a foot injury in the last few overs had him limping as India took control with the right-left batting pair of Pandya and Jadeja.

Pakistan kept chipping away with wickets as Shah bowled Suryakumar Yadav for 18 and Mohammad Nawaz rattled the stumps of Jadeja in the final over.

Earlier, Kumar set the tone for India’s dominance as he dismissed skipper Babar Azam for 10 in the second over and returned figures of four for 26, a record for India against Pakistan.

Pandya rattled Pakistan’s middle order with his three wickets including the dangerman wicketkeeper-batsman Mohammad Rizwan, who had hit 43 off 42 balls.

Kumar returned to take two wickets in two balls in the penultimate over, but was denied a hat-trick by number 11 Shahnawaz Dahani.

Dahani smashed two sixes in his six-ball 16 before being bowled by left-arm medium-pace bowler Arshdeep Singh, who took two wickets as Pakistan’s innings folded in 19.5 overs. 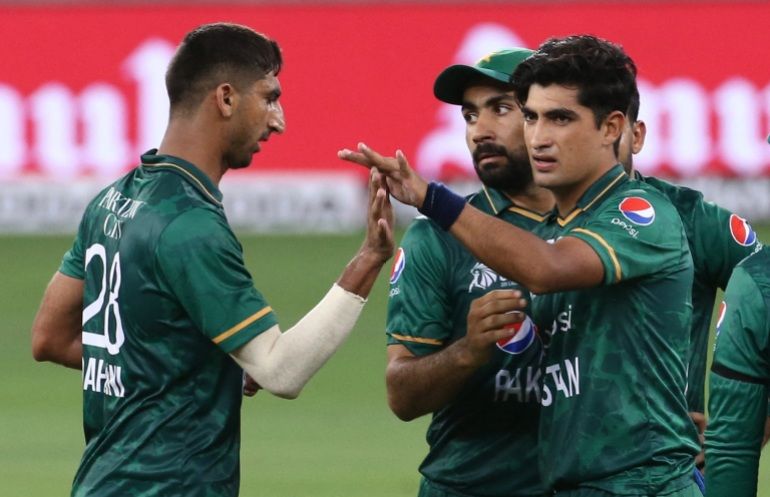