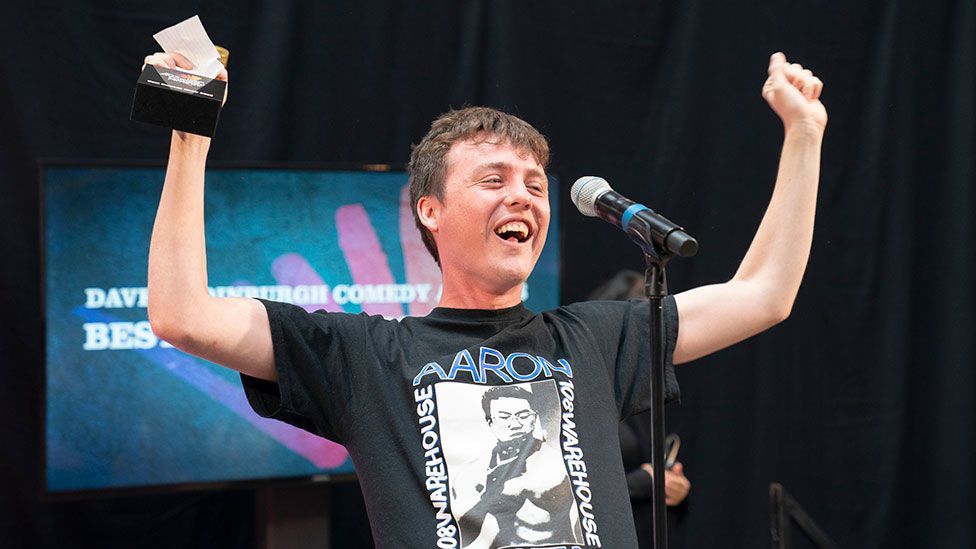 Australian comic Sam Campbell has won the top prize for his show at the Edinburgh Festival Fringe.

Simply called Comedy Show, it was described as original, surreal and full of unexpected jokes.

The honour, which is now in its 40th year and was formerly known as the Perrier Award, will see the Australian collect £10,000 in prize money.

It was presented by Kane, who won in 2010, and Jordan Brookes who took the title the last time the awards took place, in 2019.

She said Campbell's show was "original, sometimes surreal" and was full of jokes which were "often unexpected".

She added: "He changes gear throughout and takes his audience on a journey of laughter."

He has received warm reviews, with The Times' reviewer describing him as an "exhausting... exhilarating" presence and adding "there's genius going on there". 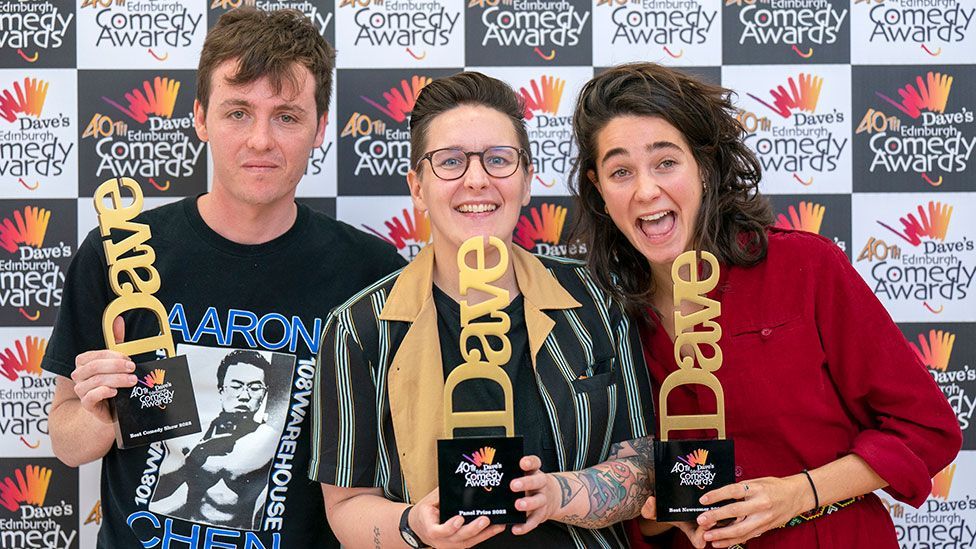 Sam Campbell was joined by Sian Davies, of Best in Class, and Lara Ricote in winning awards

Lara Ricote, a hard of hearing Mexican-born performer who was brought up in the US, was awarded a £5,000 prize after being named best newcomer for her show, GRL/LATNX/DEF.

The awards, sponsored by the TV channel Dave, also awarded a panel prize of £5,000 to Best in Class, a crowd-funded, profit-sharing initiative that helped working-class comedians from across the UK to perform at this year's Fringe.

Burns said Ricote's debut at the festival had been "an absolute delight", describing her as being "completely distinct and very funny".

The director said: "She is a standout performer who happens to be hard of hearing."

Speaking about the awards overall, she said: "We've had the widest representation from across the whole country, from Scotland to Sussex and everywhere in between.

"The panel prize for Best in Class championing and supporting those who cannot afford the cost of performing in Edinburgh has caught the spirit of this year's Fringe."