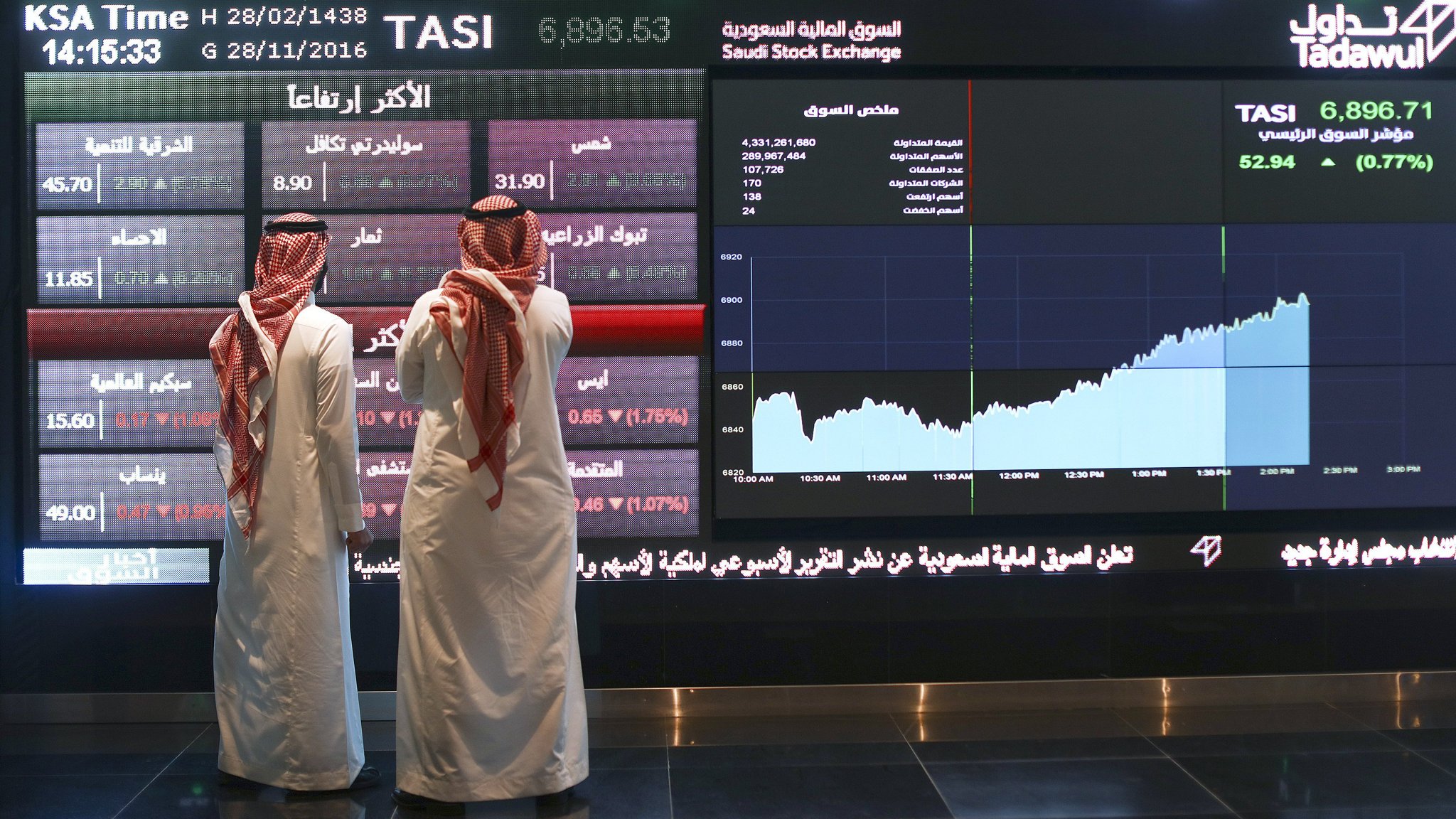 The Saudi stock market ended the session on Sunday, up 89 points, or 0.8 percent, to close at 11,841 points.
Rising bank shares, led by Al-Rajhi Bank, led the increase on TASI, where traded liquidity amounted to SR5.5 billion.

Shares of IT and technology business Naseej led Sunday’s gains, while Banque Saudi Fransi, Almarai, Sipchem, Saudi Kayan, Tasnee, and SIIG ended the session with an increase ranging between 2 and 5 percent

The shares of Herfy Food and Abu Moati each gained 5.9 percent.

Gaining 3 percent on the day were Al-Tameer, Cisco, Sadr and Petro Rabigh recorded gains, as well as Takween.
Shares of Al Rajhi Bank and SABIC rose by 2 percent to close at SR145.20 and SR129.40, respectively.

Eighty-eight companies declined, led by Amiantit shares, which fell to the minimum after the company announced a loss in the third quarter SR87.3 million, an increase of 57 percent. Its losses now amount to 69.11 percent of its capital.