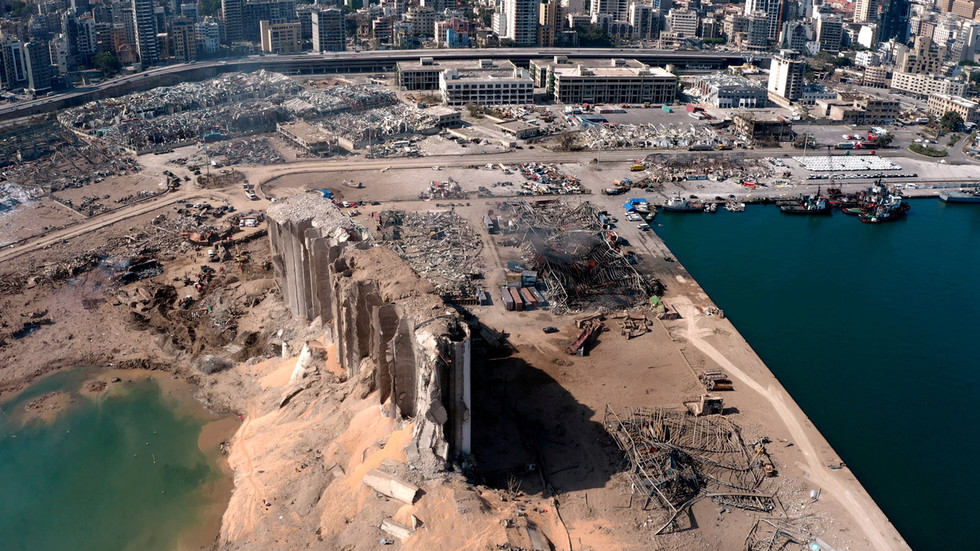 The judge leading the probe into last year's explosion in Beirut port has had to pause his investigation, for the second time in weeks, shortly after handing out an arrest warrant for Lebanon's ex-finance minister.
On Tuesday, Judge Tarek Bitar issued a request for the arrest of former finance minister Ali Hassan Khalil, a senior member of the Shiite Amal movement and an ally of the Iranian-backed Hezbollah group, following his absence from the court.

The probe, however, was frozen for the second time in under three weeks, after two politicians filed a new complaint against Bitar, according to a judicial source. A former public-works minister, Ghazi Zeiter, also close to Hezbollah, was due in for questioning on Wednesday.

Lebanese Hezbollah's chief Sayyed Hassan Nasrallah on Monday called for the investigating judge to be replaced, accusing him of politicizing the inquiry and of being biased, his strongest attack against Bitar since he assumed his role.

"The targeting is clear, you are picking certain officials and certain people. The bias is clear," Nasrallah said, claiming that the truth will never come out if Bitar continues with the investigation.

The judge's inquiry into the port blast, which killed more than 200 people, wounded around 7,500, and caused widespread devastation in the capital on August 4, 2020, was paused at the end of September after an official under investigation filed a complaint against him.

Despite attempts to serve justice, the probe has made little headway in holding senior officials accountable. In August, Bitar slapped ex-caretaker Prime Minister Hassan Diab with a subpoena for failing to turn up to his inquiry, which the secretary general of Lebanon then ruled was an excessive use of power.

Bitar's predecessor, Fadi Sawan, was axed from leading the probe in February after former ministers accused of negligence complained that he was acting out of his jurisdiction.
Add Comment