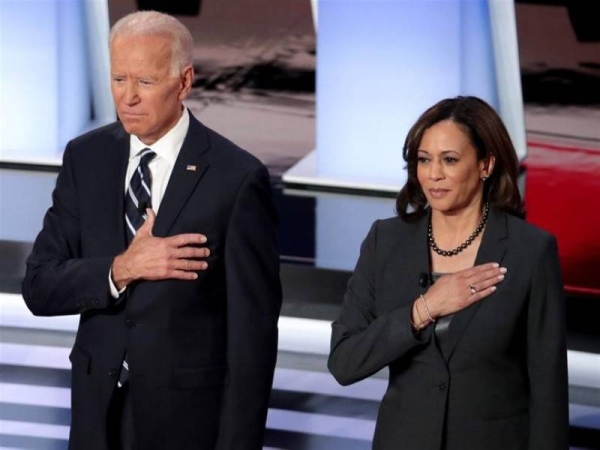 Biden to transfer power to Harris while he gets colonoscopy

US President Joe Biden will temporarily transfer power to Vice President Kamala Harris while he is under anesthesia for a colonoscopy, White House press secretary Jen Psaki told reporters on Friday.
"The Vice President will work from her office in the West Wing during this time," Psaki said in a statement.

Biden arrived Friday morning at Walter Reed Medical Center to undergo a routine annual physical -- his first physical in office as the oldest first-term president in US history.

It's routine for a vice president to assume presidential powers while the president undergoes a medical procedure that requires anesthesia. Then-Vice President Dick Cheney did so on multiple occasions when then-President George W. Bush underwent routine colonoscopies.
#joe biden

Oh ya 15 days ago
They should sew up his butt so he quits chitting his pants like he did in front of the Pope. Whata guy
View all comments (1)Add comment