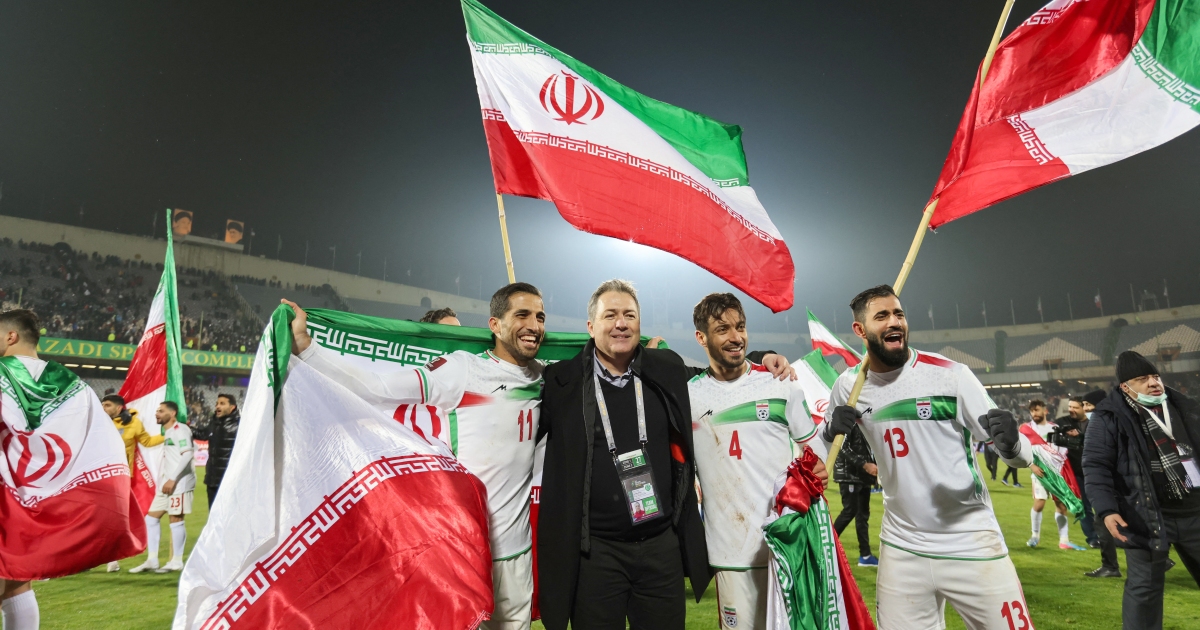 Canada pulls out of friendly football game with Iran

Iran has said it will sue Canada’s football authority for breach of contract.

Canada’s national men’s football team has withdrawn from a football match with Iran scheduled for June 5, after pressure from the Canadian government and the families of a passenger flight downed over Tehran in January 2020.

Canada Soccer, the footballing body that had organised the June 5 World Cup warm-up match, said on Thursday that the game was cancelled because “the untenable geopolitical situation of hosting Iran [had become] significantly divisive”.

“While we considered the external factors in selecting the optimal opponent in our original decision-making process, we will strive to do better moving forward,” it said in a statement.

The elite force said the incident occurred due to “human error” during a state of alarm that followed its missile attacks on United States bases in Iraq in retaliation for the US assassination of Major General Qassem Soleimani.

The Canadian government says 55 Canadian citizens and 30 permanent residents were among the 176 people who were killed.

The families of the victims had also alleged that if the friendly match with the Iranian team was allowed to take place, IRGC members would enter Canadian soil under the guise of the national team.

“Like many other activities in Iran, soccer [football] there is controlled by the IRGC, which is expected to send members to accompany the Iranian team to Canada for the exhibition game,” claimed Hamed Esmaeilion, the spokesperson for the association of families, in an op-ed earlier this month.

Meanwhile, Canadian prime minister Justin Trudeau and several other politicians had denounced the decision to host the Iranian team. Trudeau had said last week the game “wasn’t a very good idea” and put the onus on Canada Soccer to make a final decision.

The Canadian government on Thursday showed its approval for the decision to cancel the match as sports minister Pascale St-Onge welcomed the move.

When asked by Al Jazeera, a spokesperson for the sports ministry refused to comment on the political aspects of the case, saying Canada Soccer should comment as the organiser. Canada Soccer has not yet responded to a request for comment.

The match’s cancellation is likely to carry more long-term ramifications, as there were also financial aspects to consider.

Sina Kalhor, a deputy Iranian sports minister, announced in a tweet on Thursday that the Iranian Football Federation would sue its Canadian counterpart for $10m as it made the decision to cancel the match unilaterally in a contract violation.

“The unilateral cancellation of Iran and Canada’s match by Canada Soccer once more showed that the slogan of not politicising football is only a cover for the interests of Western countries,” he wrote.

Earlier this week, the spokesman of the Iranian foreign ministry, Saeed Khatibzadeh, had said the ministry expects Canada to refrain from politicising the match, adding that the Canadian government and football association would be responsible for any contract violations.

Pressure on Canada Soccer to cancel the match had also mounted after reports emerged earlier this week that the organisation would pay Iran’s football federation $400,000 as part of a standard practice to cover extra expenses such as travelling costs.

Canada Soccer has not publicly discussed the specifics of its contract with the Iranian counterpart, citing a confidentiality clause, but its president Nick Bontis told Canadian media that “no appearance money has been paid to Iran”.

“This behavior by Canada Soccer is repugnant,” Canada’s High Commissioner to the United Kingdom Ralph Goodale, a former special adviser to Trudeau on the PS725, tweeted earlier this week. “It calls into question both the competence and the values of the organization.”

Iran, Canada and the World Cup

The match against the Iranian national team would have been a rare chance to test the Canadian team outside of their CONCACAF confederation, which covers the Americas and the Caribbean.

They have only played two matches against teams outside of the CONCACAF since 2018.

The Canadian team, which ranks 38th on FIFA’s current global football ranking, has secured a World Cup spot for the first time in 36 years, emerging as the surprise victor of their regional qualifiers, ahead of Mexico and the United States.

Canada Soccer had said it chose Iran because the team had a similar playing style to Morocco, one of Canada’s opponents in the Qatar tournament.

Iran currently ranks 21st in the men’s football world rankings, ahead of all other Asian teams. The 2022 tournament will mark its third consecutive appearance at the World Cup and its sixth appearance overall.

Iran has drawn a place in Group B of international football’s most important competition, having been paired with the US and the United Kingdom, two of the country’s most bitter political foes. They will be joined by one of either Scotland, Wales or Ukraine.